One of the greatest diver from USA David Boudia has won multiple medals at the Olympics. Image Source: David Boudia's Instagram.

Diver David Boudia is a well-known athlete hailing from the United States of America. He has gained immense fame and recognition due to his participation in the Summer Olympics. In addition, the athlete has made his nation proud by winning multiple medals in international games, including the Olympics.

David Alasdair Boudia was born in Abilene, Texas, on April 24, 1989. He is the youngest of three siblings. The athlete's parents Jim Boudia and Sheilagh Boudia, have been his biggest supporter since day one. The couple knew of their children's competitive nature and helped them find a path in their choice of competitive sports.

David Boudia's sisters Shaila Boudia and Shauni Boudia, are older than him. However, they love their younger sibling unconditionally and are incredibly supportive of his career. Shauni, just like her brother, has a competitive spirit within her. She used to play on the team of the University of Southern Indiana.

Ever since he was a young child, the athlete dreamed of becoming an Olympian someday. He never let the competitive spirit die within him and actively pursued sports to enter the Olympics. At the age of eleven, David Boudia started diving and was hooked. The diver took it as his destined sport to become a world-famous athlete. 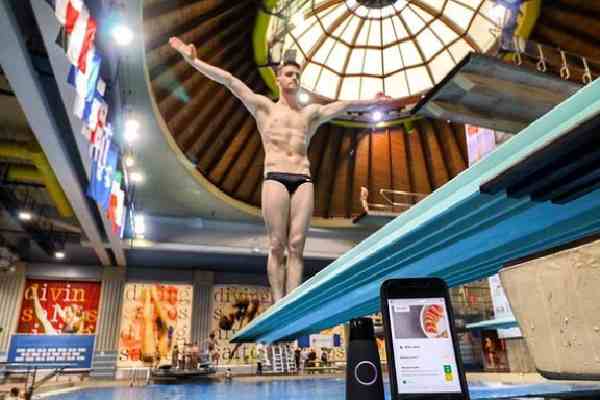 The aim to become a diver at the Olympics was clear in David's mind. So, with a dream backed up with drive, he joined Purdue University to attain a degree in communications. There, he was able to join the diving team and not long after became one of the star athletes in the school. The Olympian graduated with his degree in 2013.

David Boudia Net Worth And Career

Ever since he was a child, it was David's dream to become a star athlete and even participate in the Olympics someday. But, who knew the dream would become a reality after years of training and hard work?

His long career as a diver for the national team and his published book must have positively impacted David Boudia's net worth. It has been speculated that he earns a hefty paycheck from his contributions to the national team. Let us take a look at the Olympian's career.

It takes a lot of training and hard work to get to the Olympics. David Boudia trained for years with his college coach Adam Soldati. The diver took part in numerous national and international conventions for years before getting a chance to go to the Olympics. He has participated in multiple World Championships, World Series, World Cups, and even Grand Prix.

Some of which are listed below.

The diver was selected to dive for the USA team for the 2008 Beijing Olympics. But, unfortunately, he came back home with empty hands. The loss in the Olympics weighed down on him a lot, and he was close to giving up.

Unfortunately, David Boudia did not qualify for the 2020 Tokyo Olympics. In a previous interview, he had stated that he might not return due to his age and is looking forward to retirement from diving. Yet, he had tried for qualifications but was not selected. Despite the loss, the sportsman seems to be content in himself and may look forward to retirement from sports.

Having won medals in various tournaments over the years, David might have won a significant amount of prize money. Moreover, as a national athlete, Boudia must have been paid handsomely.

Winning an Olympic gold medal is no joke. Athletes train hard for years before they even get a chance to compete. To document his journey on the experience of training and to go for the Gold, David Boudia wrote a book. Titled "Greater Than Gold," the book has his story about how much he had to train and the hard work required to reach where he did.

The montage was written by Tim Ellsworth, who helps to tell the story of David's work. One can buy the book for $24.99 on Amazon. It is also available in kindle and CD versions.

Despite his success as a diver, David Boudia is very aware that he cannot continue to be an athlete forever. With time, all the athletes must retire from their sport. Even the Olympian is mentally preparing himself to retire someday. So, to prepare his family financially for the future, he has already started to venture out.

Although he may feel out of his comfort zone at this job, the sportsman has enjoyed the challenge of the job. Moreover, according to Salary.com, an average real estate agent can make $43,203 a year. With that type of money, he undoubtedly lives a comfortable life with his family.

Despite his career in real estate and sports, the Olympian dreams of becoming a developer someday. In an interview with WHTR, David Boudia stated that he'd like to become his own boss one day. So, maybe, he will start his own business in the near future.

Moreover, David Boudia was a judge on the 2013 show Splash. The ABC show was a competition between celebrities. The celebrities had to perform dives, and who better to judge them than the previous year's Olympic gold medalist himself?

Extreme skier Rory Bushfield won the show. However, it was not the only on-screen appearance of the star athlete. The diver also made an appearance in the documentary The Weight of Gold that showcased how the participants of the Olympics deal with mental health.

As a world-renowned athlete, Boudia has had the opportunity to partner up with numerous brands like Bull Dog Skin Care, Toyota, and Ralph Lauren. All of these ventures have undoubtedly helped increase David Boudia's net worth.

People worldwide have had their eyes on David Boudia ever since he won a gold medal in the 2012 Olympics. Many have been curious to know if the handsome man is on the market. But, unfortunately for his admirers, David is married; he has been since 2012. 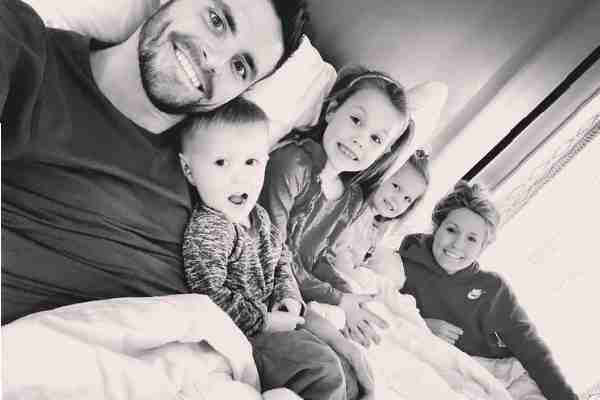 David Boudia's wife, Sonnie Brand Boudia too was a student at Purdue University. The couple met on campus, and it didn't take them long to fall in love and get hitched. The duo has three children together; daughters Dakoda Boudia and Mila Primm Boudia and son Knox Boudia.

The family lives in a comfortable 1600 square feet ranch in Lafayette. David and his wife, Sonnie are also expecting a new addition to his family.

The Olympian is a doting father, and he loves to spend time with his wife and children. David Boudia's children seem to be growing up at a robust pace. The younglings enjoy being around their father and are his biggest cheerleaders.

Well, it is inevitable that wherever life may take him, the athlete will be surrounded by love and enthusiasm.