Cheryl Miller is not a new name in the basketball world. She has given outstanding performance both as a basketball player and coach. Moreover, the athlete has also represented the U.S. in numerous competitions. Her skills have led her to win many gold medals for the team.

The sportswoman is also the retired NBA player Reggie Miller's sister. The latter is regarded as one of the greatest shooters of the NBA. Furthermore, he played with the Indiana Pacers for eighteen years in the league.

While many might be familiar with Reggie's sports prowess, only a few might know about his elder sister, Cheryl. So, let's find more about her in this biography.

The former basketball player was born Cheryl D. Miller on January 3, 1964, in Riverside, California. She comes from a supportive family whose members excelled academically, musically, and athletically.

Cheryl Miller's father, Saul Miller, worked as a director of computer operations at Riverside Community Hospital. He was previously an All-American basketball player and also played baseball and saxophone.

Miller's younger brother, Reggie, was initially motivated to train harder after losing to her in basketball matches. The siblings later became one of the power duos in basketball history. 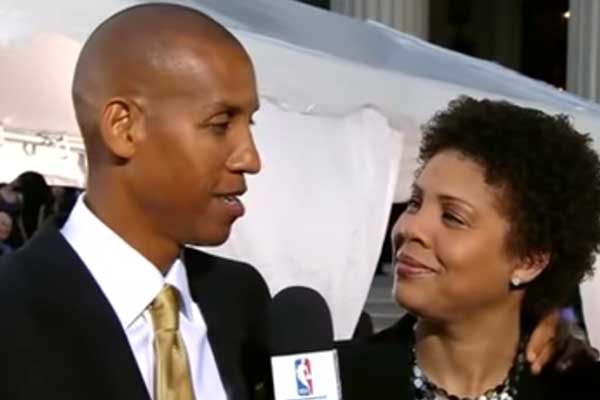 Cheryl's other sibling, Darrell Miller, is a former MLB player who is now a vice president of Youth and Facility Development at Crompton Academy. Her younger sister, Tammy Miller, was a volleyball team member at Cal State Fullerton.

Cheryl Miller Net Worth And Career

The sportsperson grew up in a supportive household allowing her to pursue a career in any field. However, she chose the basketball route and honed her talent at Riverside Polytechnic High School.

The athlete became the first to be named Parade All-American High School Team four times. She was also named Street & Smith's Player of the Year twice and won one Dial Award.

Miller continued her momentum at the University of Southern California, where she became three-times college player of the year. Her accolades include two MVP honors, four-times All-American honors, two Honda Sports Awards, etc. 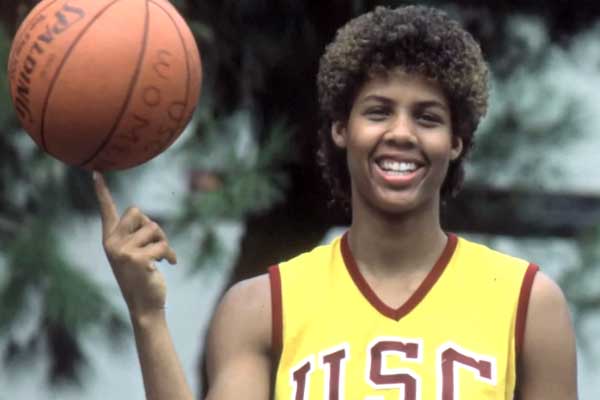 Cheryl Miller played in the USC for all of her college years and earned many honors. Photo Source: Social Media.

Finally, Cheryl graduated from USC with a degree in communications. Afterward, she received offers from many basketball leagues, but her knee injuries put an end to her playing days.

Nonetheless, Cheryl Miller's net worth must have increased during her playing years. Moreover, she could have earned more had her career not ended abruptly.

After quitting playing, Cheryl worked in ABC as a reporter and college basketball commentator. She worked with the media company from 1987 to 1993. In addition, she also worked as a sideline reporter and analyst on TNT Sports and NBA.

The television sportscaster returned to her alma mater as an assistant coach in 1986. She slowly climbed up to be a head coach in 1993 and held the position for two years.

The mentor also coached the WNBA team, Phoenix Mercury, from 1997 to 2000. She led the team to 16-12 records and WNBA finals during her stay. Afterward, she joined California State Los Angeles as their new head coach in 2016. 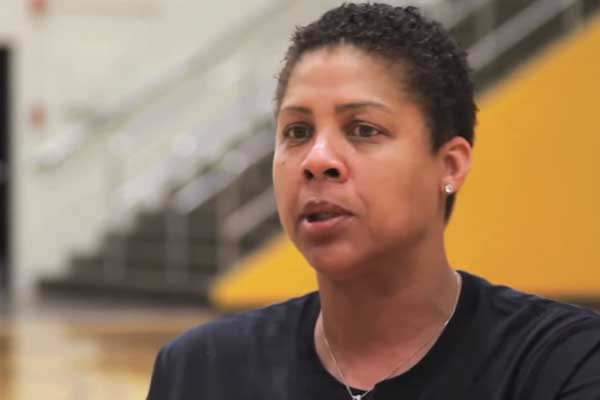 Speaking of net worth, Cheryl's younger sibling, Reggie, has earned a significant sum from his NBA career. His three-point shooting skills and calm demeanor under pressure have led him to win many championships.

The younger Miller made over $105 million in salary throughout his playing years. He also earns millions of dollars annually from his broadcast profession. Hence, Reggie Miller's net worth is estimated to be $80 million from his sports career.

Well, talking about relationships, the Miller family has often made headlines due to their love life. For instance, Reggie's marriage and divorce with his ex-wife, Marita Stavrou, made quite a sensation. In addition, his current girlfriend, Laura Laskowski, is also often in the limelight.

Likewise, Cheryl's other brother, Darrell, also is a married man and father of three. As a result, his wife, Kelly Miller, and children Darrell Miller Jr., Cameron Miller, and Nikki Miller are often looked upon in search engines.

But, Reggie's sister, Cheryl, has decided to remain silent regarding her private affairs. She hasn't revealed her marital status or opened about her love life in the media.

The media person's social media accounts are focused on her professional matters and don't reveal much about her partner. So, Cheryl Miller's husband or her relationship status has remained a mystery among her fans. 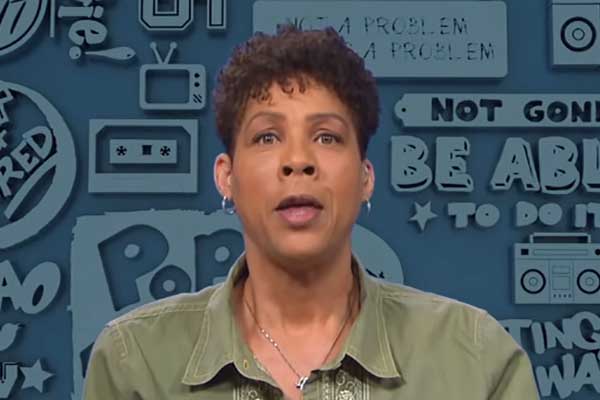 Hence, Miller might be enjoying a single life at the moment. Even if she does have a boyfriend/husband, she seems interested in keeping him out of the spotlight. Likewise, there isn't much about Cheryl's children but she is fond of her nieces and nephews.

Hopefully, she will share more about herself and her partner in the future.