Online gaming has helped popularize many old board games like ludo, chess, and checkers. While the history of these games traces back centuries, with the help of new technology, young people have been reintroduced to them. And along with the game itself, many individuals have also found fame.

Among the thousands of people who are now famous for playing the online version of these classic games, Alexandra Botez is a name that cannot be missed. The Woman FIDE Master is also five times Canadian Nationals Girls Champion. But today, she is best known due to her online presence.

So, how did Alexandra Botez go from winning National championships to being a chess streamer? Find out all about it in this short biography.

Botez Was Introduced To Chess At Six

The chess streamer was born Alexandra Valeria Botez to her Romanian parents on September 24, 1995. Botez's mom and dad had fled their home country and sought political asylum in the States. Alex was born to the Botez couple while they were living in Dallas, Texas.

Later, the family moved to Vancouver, BC, Canada, and Alexandra Botez's sister, Andrea Botez was born. The Botez sisters were born almost seven years apart and share a close bond. 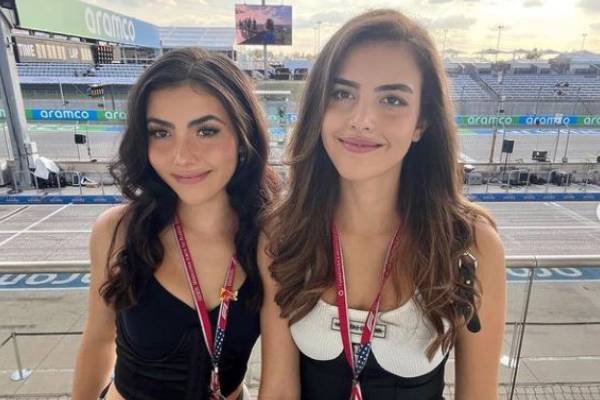 Alexandra and her family moved back to the US a couple of years later and she completed her schooling there. Moreover, after graduating from high school in Oregon, Botez enrolled at Stanford University. She had received a full-ride chess scholarship from the University of Texas Dallas.

However, she opted to focus on her studies at Stanford, and her major was International Relations with a focus on China. Nonetheless, Alexandra continued to be involved in chess and was part of the chess club at Stanford. Moreover, she became the second female president of SU Chess Club in 2014.

Botez graduated from college in 2017 and chose to work in other sectors rather than continuing to play chess professionally. But it seems like she was destined to be involved in chess.

Alexandra Botez Net Worth And Career

The American-Canadian chess player has been in the spotlight for several years now. And along with fame, chess and streaming have also helped increase Alexandra Botez's net worth.

Let's take a closer look at Botez's career trajectory and all of her earning sources.

Earnings As A Chess Player And Commentator

Alexandra Botez's father, Andrei Botez started teaching her chess when she was just six. He made a bet with Alexandra's mom stating that he could teach the game to their daughter. And true to his words, Andrei taught her eldest child the chess moves, and by the age of eight, she had already won the Canadian national championship.

Botez went on to win four more Canadian national titles in the youth category. Then after moving to the US at the age of 15, she won the US Girls Nationals. In total, Alexandra won six national titles and undoubtedly received a significant amount of prize money. 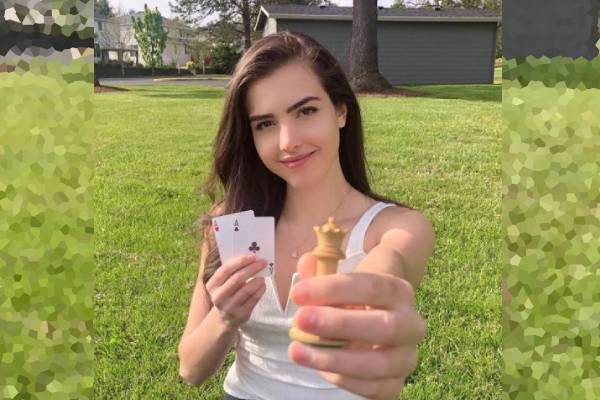 As per US Chess Champs, the 2021 US Women's Chess Champion would take home $100K along with the title. And while the youth category's prize money might be smaller, Botez might have pocketed a considerable sum.

Alexandra achieved the Woman FIDE Master title norm in 2013. She participated in the SPF Girls' Invitational twice and represented Oregon.

Furthermore, not only playing, but the Dallas-born player also had a brief stint as a chess commentator. Botez covered the most popular team chess championship, PRO Chess League Finals in 2018 and 2019. She might have been paid a satisfactory amount for her commentating work.

While Alexandra had found recognition due to her chess skills as a young girl, it wasn't until she started streaming she gained worldwide fame. Botez began streaming chess content on Twitch while she was still a student at Stanford. And while her channel only had a few hundred followers in the early days, she continued to stream the game.

Fast forward to 2020, Alexandra was joined by her sister, Andrea BotezLive and they now have close to one million followers. Their Twitch channel currently has 994K followers and their live streams have thousands of live viewers.

Since Twitch streamers earn money through advertising revenue and subscription, Alexandra and her sister have managed to earn a big sum through their channel. Also, the Botez sisters have been sponsored by many companies over the years, which has helped increase their annual earnings.

In addition to Twitch, Alexandra and Andrea also have YouTube as their other source of income. Their channel, BotezLive now has 623K subscribers and has already garnered millions of total video views.

Here is a short clip of Alexandra Botez talking about traveling with her sister.

As a result, we can assume that YouTube is one of the major income sources for the Botez sisters. And with the continued success on the video-sharing site, there is no doubt that Alexandra Botez's net worth will continue to rise.

Income From Other Sources

After gaining much recognition as chess streamers, Andrea and Alexandra Botez signed with the esports company Envy Gaming. As a top member of the company, the Botez sisters are paid a certain amount every year.

Moreover, as per Alexandra herself, she rakes in more than $100,000 every year as a professional streamer. While talking to CNBC about her earnings, Botez revealed that apart from streaming, she also receives a certain amount as salary from Envy Games.

Also, before her streaming career took off, Alexandra Botez co-founded a social media company named CrowdAmp. However, the company has since ceased its operations. According to CrunchBase, in 2021, Botez invested in Karat Financial. So, income from these investments also helped increase Botez's fortune.

Is Alexandra Botez Dating Anyone?

With her growing popularity, Alexandra Botez has garnered fans who are not only interested in chess but also in her personal life. Many are eager to know about Botez's personal matter including her love life.

Well, Alexandra dated fellow chess player and streamer Eric Hansen. The pair used to collaborate on videos and were on and off for several years. However, their relationship did not work out and the former couple separated. 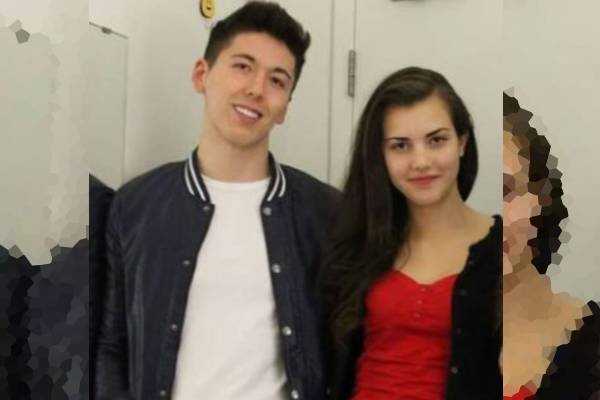 Alexandra Botez dated Eric Hansen for quite some time and also collaborated with him on several occasions. Image Source: Eric Hansen Instagram.

Hansen even accused Chessbae, an anonymous donor, of driving him apart from Botez. On one of his streams, Eric talked about how the donor crossed the personal and professional line by asking Alex to stop collaborating with Eric.

They also apparently threatened to cut ties with the American-Canadian player which resulted in her not talking with Eric. Alexandra has not commented much about the accusations.

Despite their relationship not working out, there seems to be no bad blood between the ex-pair. Moreover, Alexandra Botez's ex-boyfriend even played chess with her sister on multiple occasions.

After breaking up with Eric, Alexandra has reportedly been on multiple failed dates. But it seems like she has not found the perfect one. And, when she does find her perfect partner, let's hope we will be introduced to Alexandra Botez's boyfriend.