Jordan Belfort is a former stockbroker who was convicted of money laundering and fraud. Photo Source: Jordan Belfort's Instagram.

If you are a Leonardo DiCaprio fan, you must have watched The Wolf of Wall Street. It shows him portraying a penny-stockbroker who makes millions by fraud but ultimately has a downfall. Moreover, DiCaprio's acting, movie content, Martin Scorsese's directing, etc., made it a blockbuster. But only a few might know that the Wolf of Wall Street is actually a real person named Jordan Belfort.

Belfort started as a broker before founding Stratton Oakmont, a brokerage company. Unfortunately, he cheated many investors with the pump-and-dump type of stock sales. Furthermore, the entrepreneur enjoyed a multi-millionaire lifestyle with drugs and women before everything toppled down. He has published two memoirs describing his life details.

So, let's learn more about Jordan Belfort-Wolf of the Wall Street, who achieved every American's dream but ended up losing it all, in this biography.

Jordan Belfort Is The Son of Accountants

The former stockbroker was born Jordan Ross Belfort on July 9, 1962, in The Bronx, New York. He grew up in a Jewish house with accountant parents.

Jordan Belfort's father, Max Belfort, was a Certified Public Accountant who was hardworking and educated. Yet he was always struggling to make ends meet. Jordan's mother, Leah Belfort, is a retired accountant who received her law degree in her sixties. She has since started doing pro bono legal works. 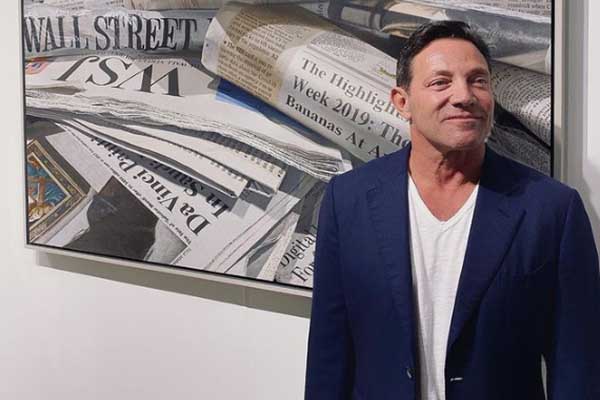 The entrepreneur's parents are defined as pushy and overbearing in his memoirs. They also gave him many lectures on his antics, such as growing pot in the closet.

Belfort also has an older brother named Robert Belfort, a lawyer. However, he hasn't appeared much in the limelight.

The author developed a passion for sales at a young age. For instance, he delivered newspapers at eight and made $20 by shoveling sideways at ten. Moreover, the young guy made $20,000 by selling Italian ice treats between high school and college.

Jordan attended American University, where he received a degree in biology. He then enrolled at the University of Maryland School of Dentistry. But he dropped out after finding how dentistry won't lead to financial success.

Jordan Belfort Net Worth And Career

The former broker began his career as door-to-door meat and seafood salesman. He initially had success but later became bankrupt at twenty-five. Afterward, Jordan got a job at L.F. Rothschild, a merchant and investment banking firm. However, he was laid off and finally founded his own company, Stratton Oakmont.

The entrepreneur's company operated as a boiler room that marketed penny stocks. It was previously legit but later adopted a classic pump and dump scheme. Furthermore, the firm sold artificially inflated stocks to investors and duped them for millions.

Jordan Belfort's net worth increased rapidly, thanks to his flourishing business. His income was $50 million a year. Moreover, Belfort's technique for earning was buying excessive stocks, after which their price would rise. However, he later sold them, causing the stock market to crash and investors to lose money. 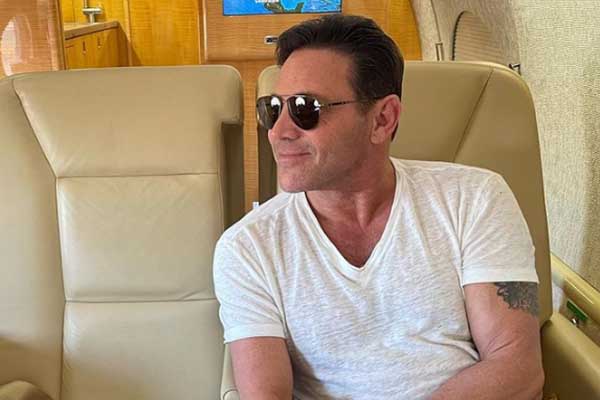 With his fortune, the stockbroker enjoyed a lavish lifestyle. For instance, he once ran up a $700K hotel bill. In addition, he bought luxurious villas, a private helicopter, a 166-foot yacht, etc.

The businessman developed an addiction to drugs, namely methaqualone or quaaludes. His drug-induced haze led him to make many mistakes that attracted much attention and ultimately his downfall.

While high, Jordan smuggled money to Switzerland, and the banker he dealt with was indicted for some crime. Through that guy, his illegal transactions came into the spotlight. Furthermore, the National Association of Securities Dealers expelled Stratton Oakmont, and Belfort was indicted for money laundering and fraud.

The entrepreneur was found guilty of defrauding $200 million from over 1500 investors. He received four years of prison sentence which he only served for twenty-two months. In addition, he had to pay back $110 million, which he has only paid $10 million to date.

After serving time in jail, the former stockbroker wrote his first book, The Wolf of Wall Street. It became a soaring hit right after its release, and many wanted to buy the book's film rights. Eventually, he earned more than $2 million for the book and film rights.

The author published his second book, Catching the Wolf of the Wall Street: Most Incredible True Stories of Fortunes, Schemes, Parties, and Prison, on February 17, 2009. It is available for $14.99 in Kindle.

Belfort's third book, Way of the Wolf: Straight Line Selling: Master the Art of Persuasion, Influence, and Success, is available for $69.99 in the hardcover format. 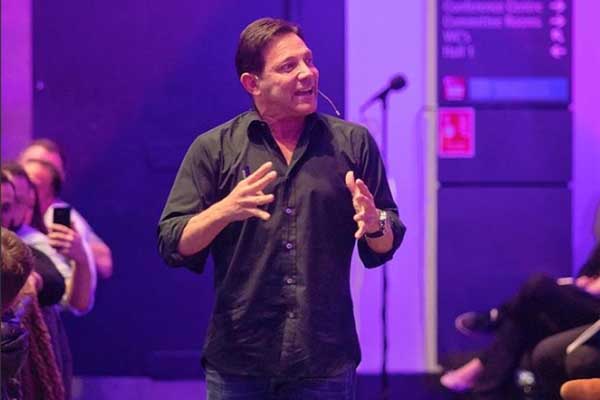 Aside from that, the writer also gives motivational speeches all around the globe. He also earns a notable amount from his live seminars and tours.

Another individual who has gained recognition for his literary works is Black Buck's author, Mateo Askaripour.

The businessperson has gathered years of experience in sales, stocks, and finance. He shares his expertise with many needy people and businesses. In addition, he has designed courses tools whose prices range from $149 to $3,999.

Belfort has also designed merch and apparel. Some of their prices are listed below:

Speaking of the former jailbird's relationships, he was initially married to his childhood sweetheart, Denise Lombardo. She is from an Italian family and holds a bachelor's degree in English.

The ex-pair married in a private ceremony in 1985. Both were going strong even after Belfort's newfound success as a stockbroker. Moreover, Jordan Belfort's first wife, Denise, supported him even after his descent to drugs, parties, and extravagant affairs. But, she decided to leave her then-husband after learning about his fling with Nadine Caridi.

The entrepreneur met with Caridi through her ex-boyfriend, Alan Wilzig. The ex-pair quickly developed a romance which resulted in their marriage in 1991.

Jordan Belfort's second wife, Nadine, could not cope with his constant drug abuse and often fought with him. She finally divorced him in 1998 and married John Macaluso.

After three failed attempts at happy marital life, the author found solace in his fourth wife, Christina Invernizzi. She is a model and actress from Argentina.

The couple first met in a pub in Mexico and began dating in 2019. Both got engaged and married in February 2021. Furthermore, the duo kept their wedding ceremony intimate with only friends and family gathering at Las Vegas, Nevada. 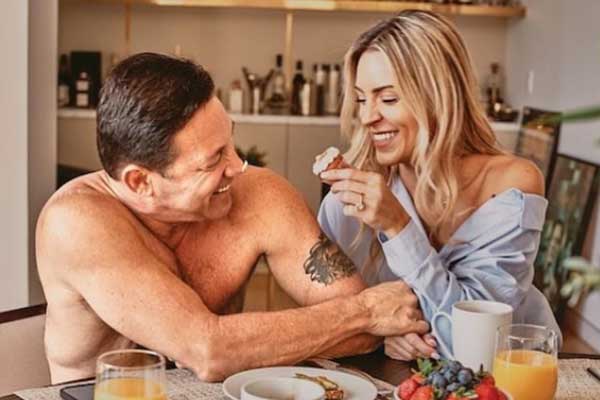 Jordan Belfort's wife, Christina, is vocal about her love for him. She often uploads pictures of their travels, vacations, event gatherings, etc., on her Instagram account.

Jordan Belfort Is A Father of Two

From his second marriage with Nadine, the speaker is a proud father of two children. His daughter, Chandler Winter, aka Chandler Belfort, was born in 1993. Moreover, she married her long-time partner, Connor Winter, in November 2021.

Jordan Belfort's son, Carter Belfort, was born in 1996. He is a marketing specialist and strategic manager for his dad's Straight Line Solutions. 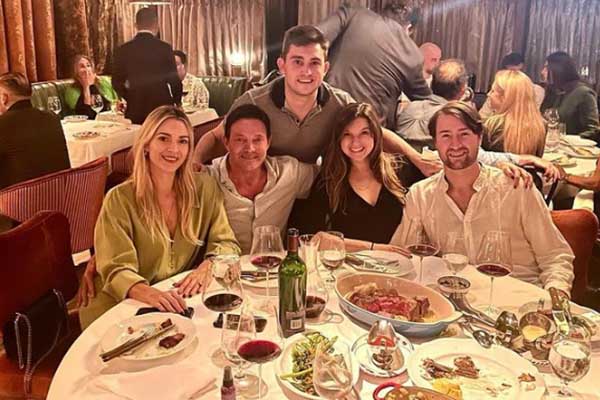 The author has often shared that he wasn't a good father due to his addiction before. But he has gradually changed his ways and tried to be there for his kids.

Jordan Belfort-Wolf of Wall Street cheated thousands but has reformed itself. He is now using his experience to guide people in society. Hopefully, Belfort will continue being sober and be debt-free one day in the future.