There are many billionaire philanthropic families in America. And one such family who belongs to the top 10 billionaire family list of Forbes is the Pritzker family. The family's business is based in Chicago, Illinois and its fortune is due to hotels and investments. In this article, we will talk about John Pritzker.

John is an American business magnate, investor, philanthropist, and third-generation member of the Pritzker family. He is Hyatt Hotels founder Jay Pritzker's son and an heir to the Pritzker Group. Stick with us till the end to learn everything about the billionaire's professional and personal life.

Did You Know J.B. Pritzker's Daughter Teddi Pritzker Is Into Horses ?

Scion Of A Wealthy Family 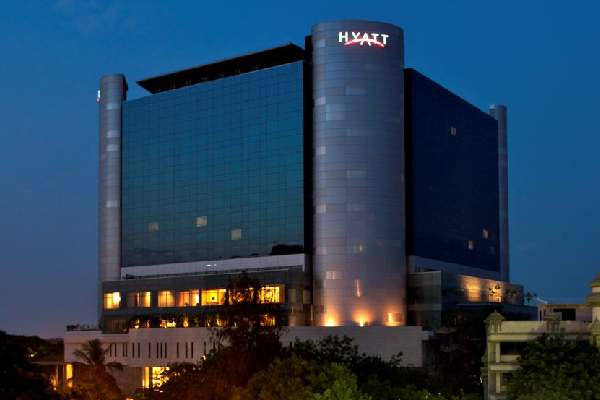 John joined his family business after he graduated from Menlo College with B.A. He joined the Hyatt company at the age of 16, and his first task was painting the boiler room at the Hyatt Regency O'Hare. As a result of his decent job, he got promoted from busboy to banquet manager and ultimately to Managing Director and Divisional Vice President of Hyatt Hotels and Resorts in 1984.

Four years after being MD, John left Hyatt to pursue his own entrepreneurial projects like Ticketmaster and Mandara Spa, a chain of 72 resort spas. In 2010, he sold his Hyatt shares to relatives and built a boutique hotel management company now known as Two Roads Hospitality after a 2016 merger.

John was born with a silver spoon. His family business was already worth a lot, and he definitely had no financial problems growing up. But just because you are born into a rich family doesn't make things easier for you. You are supposed to work twice as hard to be worthy enough to take responsibility for taking the legacy to new heights.

Many wonders about the business tycoon worth. According to Forbes, John Pritzker's net worth is a whopping $2.5 billion. And with all his hospitality ventures, his net worth is only bound to rise in each coming year. John's nephew Anthony Pritzker is also another member who is a billionaire and is also involved in the Pritzker Group family business, including Hyatt Hotels.

Marriage Ended On A Good Note

John's family life is not under the spotlight as much as his professional life. A San Francisco billionaire was married to Lisa Stone, who is a public health advocate. The couple called it quits for unknown reasons and divorced in 2019. He lives in San Francisco and has three children. Nothing much has been known about two of John's children, but one of them is Adam Pritzker, who is a current chairman and CEO of Assembled brands.

Though apart, the former couple is doing their part to make a change in the treatment of mental health. The Lisa & John Pritzker Family Fund (later renamed to the John Pritzker Family Fund) collectively donated nearly $60 million to construct a psychiatry building for U.C. San Francisco. The billionaire isn't married to anyone else and is focusing on his business ventures. It looks like the couple parted ways on a good note seeing how they continued to support UCSF.

The issue of mental health is personal for the multi-billionaire. John Pritzker's sister, Nancy Friend Pritzker, died of suicide during a depressive episode in 1972. At that time, John was only 19 years old and wants to raise awareness about mental health and the consequences of not taking it seriously to the world through the foundation.

The psychiatry hospital Nancy Friend Pritzker Psychiatry Building in San Francisco was made possible by the huge donation of Lisa and John Pritzker's family fund. Keeping Nancy's name in the building was to honor her. The hospital will have a sleep lab, a gym, and a therapeutic kitchen for patients with eating disorders.

All in all, the billionaire is doing his part to make the world a better place. As many people will benefit from his initiative, we hope to see more of such philanthropic work from Pritzker and his family. We hope to see tremendous success in his personal and professional life.