Jaspar Weir is not a new name in the business world. He has been listed among the successful entrepreneurs of America. Furthermore, Jaspar Weir is the President and Co-Founder of digital company TaskUs. The company is known for its customer service and is affiliated with famous brands. As the president of the company, Jaspar focuses on leading the transformational growth of the organization.

The business tycoon has become one of the wealthiest businessmen in America. He started his business with his close friend Bryce Maddock. Sadly, the pair faced several drawbacks and obstacles throughout their entrepreneurial journey. As such, many people are curious about the growth of the businessman's career till now. So, here we will go through the business journey of Jaspar Weir.

Jaspar Weir was born on March 14, 1986, in Los Angeles. His father, Jack Weir, and mother supported him in his career from the very beginning. Moreover, Jasper Weir also has two siblings Moses Weir and Wyler Weir. The latter is married to Bibi Weir and has an adorable son.

Besides that, Jasper is also a close friend of New York Times Bestselling author Ben Nemtin. 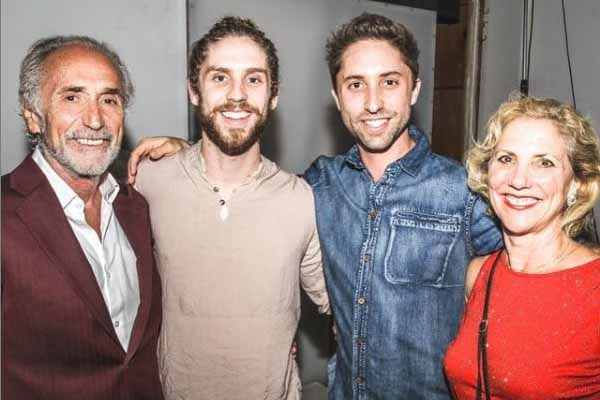 The business mogul went to Santa Monica High School, where he met his future business partner Bryce Maddock. The pair bonded over traveling to different places. After high school graduation, Bryce Maddock went to New York to continue his education, whereas Jaspar Weir was admitted to the University Of California.

From there, he got his Bachelor of Science degree in Communication.

After high school, Jaspar Weir teamed up with his best friend Bryce Maddock and opened a nightclub, Club Access in Hollywood. Their business delivered good results, but both businessmen knew it wouldn't last long. So, they ran the venue from 2005 to 2007. Besides that, Jaspar Weir also wanted to open a frozen yogurt company in Buenos Aires, Argentina.

But, he didn't move forward with the plan after his friend advised him against it.

Jaspar Weir had a difficult time getting a job after graduation. So, he became determined to launch his own company with a specific vision in mind. The tycoon opened a tech company named TaskUs alongside his friend Bryce Maddock in 2008. The company was started as a virtual assistant business. It had an initial capital of $20,000 from the allowances of the nightclub.

Sadly, due to the lack of investment and experience, Jaspar Weir and Bryce Maddock were only able to open their office in the spare bedroom of Bryce's parents' house.

The entrepreneurs at first began their business in Cavite, the Philippines, in a one-room office above an auto garage. Initially, they hired people in sixteen different countries to work as virtual assistants. Unfortunately, both Weir and Maddock were unable to succeed in the first few years of establishing TaskUs.

TaskUs was a traditional outsourcing company in its initial phase. But after the two years of founding, Jaspar Weir and Bryce Maddock realized that they needed to be more familiar with clients' expectations. So, they started emphasizing employee experience, which helped their employees learn more about the brand.

This action yielded a better result and provided quality customer service. Later on, TaskUs became well-known for their strategy of outsourcing amidst other companies. 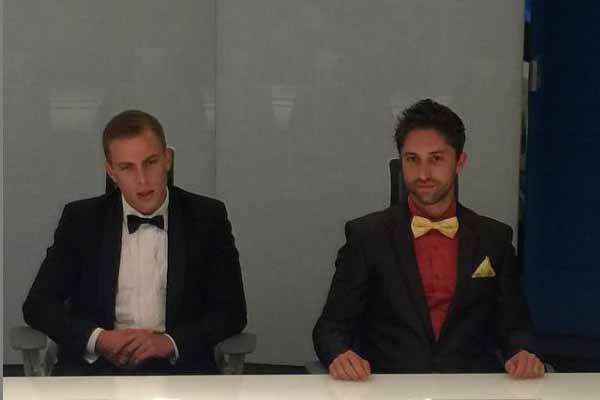 Jaspar Weir broadened the company's functions and included other business processes in their service. The company got its biggest client Uber in 2012. It helped the company to review the drivers of Uber. The employees of TaskUs also provided the riders with uber's information.

After that, TaskUs started working with Coinbase in 2017. It helped to monitor fraud, compliance, and customer safety. Since then, TaskUs has affiliated with famous brands such as Tinder, Groupon, Whisper, HotelTonight, Better Doctor, Gusto, Zoom, Netflix, and Balsa brands.

The company also works for e-commerce companies, where it serves as part of its customer service team. The employee of TaskUs check the content of the comments, write product descriptions, edit the photo, and write content for their clients. They also interact with the customers of the client.

TaskUs has developed from a small company to a very successful outsourcing business. At present, in 2021, it has 27,500 employees working from 18 locations in eight countries around the world. It also works for more than 100 innovative companies in the world. Furthermore, TaskUs was awarded Innovative Use of Technology in Customer Service (Gold) by the 2021 Asia-Pacific Stevie Awards. In addition, it also received the Best Company award in Global Culture.

Jaspar Weir's foundation has also succeeded financially. Its revenue increased to $478 million in 2020, making it profitable in the market. The public tech company had an annual net income of $34.5 million in 2020. So the hard work of Jaspar Weir and Bryce Maddock is finally paying off.

Jasper Weir has also launched his podcast CXYZ on Apple Podcast and Spotify. His podcast is business themed where the tycoon shares his experience and knowledge of the industry. Furthermore, the podcast also explores customer experience and client's demands in detail. It is also available in Google Podcast. 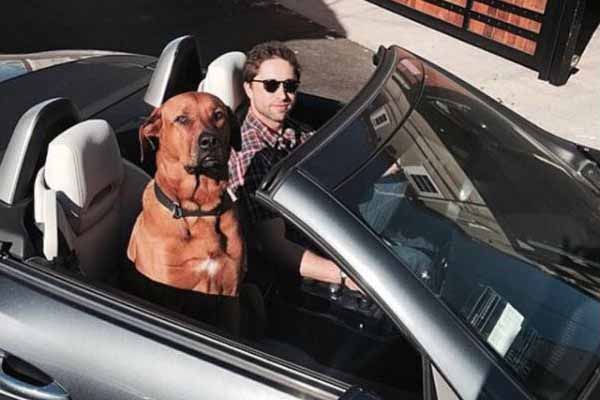 In the podcast, Jaspar Weir also features top executives and has a Q/A section with them. He will also talk with them about their success and the challenges they had to face in their career. Moreover, Weir will be connecting with the leaders in the startup space and other areas which prioritize the customer experience.

Jaspar Weir has succeeded tremendously in his business career. His tech company TaskUs has become one of the best outsourcer businesses. The organization has won several awards such as Best HR Teams in 2021, Customer Service Outsourcing Provider of the Year 2021, Best Places to Work in Los Angeles in 2021, Outstanding Use of Technology at 2020, etc. Moreover, the company was ranked 52 in the Philippines ' Top 100 Graduate Employers.

Alongside the success of the company, Jasper Weir has also received many awards. He won the Entrepreneur of the Year in 2017 and 2019 alongside his business partner Bryce Maddock. Furthermore, the business mogul was listed in Inc's annual 30 under 30 list in 2016. He has also been part of the Entrepreneurs' Organization.

Jaspar Weir Net Worth And Earnings

Jaspar Weir has established himself as a successful entrepreneur in the business world. He has amassed a colossal fortune from his career. Jaspar Weir's net worth mainly comprises his earnings from his business career. His income as a president of a company must indeed be favorable. Besides that, Jasper Weir's income also comes from his podcast CXYZ. His podcast is known for being informative and helpful.

According to CNBC, Jaspar Weir's worth is around $400 million after the Initial Public Offering (IPO). His income has increased a lot over the years.

Living A Blissful Life And Has A Girlfriend

The handsome entrepreneur is currently enjoying a comfortable life with his family in Austin, Texas. He is in a relationship with a woman named Rachael. However, there is not much information about Jaspar Weir's girlfriend. Weir has mentioned and posted few photographs of his partner on his Instagram account. 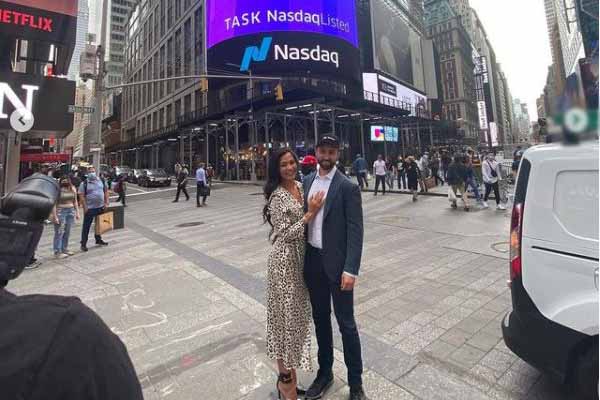 Jaspar Weir is in a relationship with his girlfriend Rachael. Photo Source: Jaspar Weir's Instagram.

Jaspar Weir is also a travel enthusiast. He has posted pictures about his travel to Bali, Dakhlah, Machu Pichhu, and several other places. In addition, Weir travels with his friends and family. Moreover, the businessman seems to have an adventurous side from his postings of mountain climbing, skiing, and water sports. Plus, he possesses a friendly and outgoing personality.

The entrepreneur is also living a luxurious life. He often posts about his vacations to exotic and famous places. Furthermore, he also owns expensive cars.

Jaspar Weir faced dark days during his career where his company suffered many losses. At that time, Weir had to accept his failure and provide support to his business partner Bryce Maddock. His hard work and never-giving-up attitude have led him to be one of the wealthiest business tycoons in the world.