Therefore, in today's article, we will get to learn about the life story of an American multi-billionaire businesswoman, Helen Johnson-Leipold, and get to know her more personally. Well, Helen is an heiress to family-owned SC Johnson, a multinational, privately run manufacturer of household cleaning supplies, and the CEO of Johnson Outdoors, a publicly traded outdoor recreation equipment company.

Hopefully, by the end of this piece, readers will surely have a brief idea about Helen's life and understand what the day-to-day life of a wealthy person looks like.

Comes From A Powerful Household

The businessperson was born on December 1956 in Racine, Wisconsin, United States. Helen was welcomed into this world by her father, Samuel Curtis Johnson Jr., and her mother, Imogene Powers Johnson. Her dad was an American businessman who led S.C. Johnson & Son, Inc. as the fourth generation of his family. Unfortunately, Samuel died in 2004.

Later, Helen Johnson-Leipold's mother also passed away on March 3, 2018. According to Forbes, Imogene's net worth was $3.7 billion at the time of her death. Furthermore, Helen's parents first met at Cornell University in 1948 and exchanged wedding vows in 1954. Helen's mother and father had a marriage of over five decades, and it's truly inspiring for every people who believe in love.

Besides, the billionaire completed her Bachelor's in Psychology from Cornell University, where her parents first met and fell in love. She also played varsity tennis there for four years.

Helen began her career in Chicago, where she also founded Spiaggia, one of the city's first five-star restaurants, and worked for eight years at Foote and Cone and Belding Advertising. She then started working for SC Johnson in 1985, and in 1997 she was promoted to Vice President, Worldwide Consumer Products.

Likewise, Helen became the CEO and Chairman of Johnson Outdoors in 1999, which her father, Samuel, founded in 1970. With a portfolio of recognizable outdoor gear brands, Johnson Outdoors is one of the leading firms in the outdoor equipment sector. Under Samuel Curtis Johnson Jr.'s daughter's leadership at Johnson Outdoors, its shareholder value has more than quadrupled.

Furthermore, Helen was appointed chairman of Johnson Financial Group (JFG) in 2004, and there she continues her late dad's tremendous legacy, who founded JFG in 1970 and served as its chairman until his demise. Johnson-Leipold is continuing the family tradition of a strong commitment to the community through her leadership of the Johnson Foundation at Wingspread.

Since Helen is also an heiress to SC Johnson and the head of different established businesses, it is no wonder that she has accumulated a hefty amount of sum in her lifetime. According to Forbes, Helen Johnson-Leipold's net worth is estimated at $4.7 billion as of 2022.

Apart from this, the blond beauty is actively involved in a number of local and regional civic and humanitarian organizations. Helen also serves as chairman at The Prairie School, an independent day school that her mother, Imogene founded.

Nonetheless, with a whopping fortune of $4.7 billion, Samuel Curtis Johnson Jr.'s daughter must be leading a comfortable lifestyle.

Holds A Marriage Of 35 Years

Just like her parents' marriage, which lasted for over five decades, Helen also has a marriage that is everlasting and has survived all the hardships. She has been happily married to her partner, Craig Leipold, for over three decades, and surely, their relationship is meant to last forever. Married since 1987, it appears that the foundation created on love, trust, and honesty will overcome the most difficult battles.

The Leipold couple had a very intimate wedding. Although their wedding details and dating timeline haven't been revealed, there is no doubt that the pair have already found their person, and nothing can come between their strong bond.

Speaking of which, Helen Johnson-Leipold's husband is the owner of the National Hockey League's Minnesota Wild, and he owned the Nashville Predators previously. He is the Rainfair Company's former owner and is now involved in several other firms. 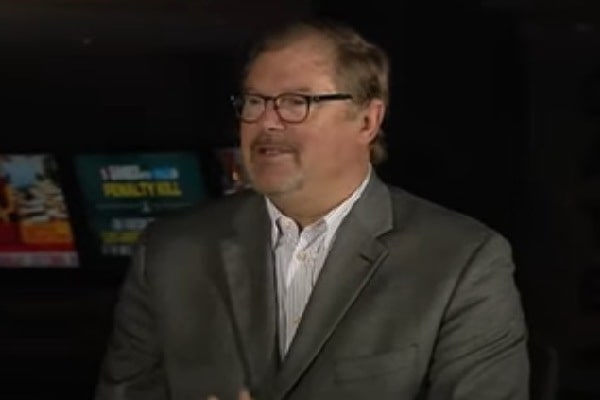 Furthermore, Craig is also the founder of a business-to-business telemarketing company in Neenah called Ameritel. Overall, the Leipolds are still going strong after 35 years of marriage, and we hope their love will be able to survive all hardships.

The power couple has welcomed five kids: Christopher Leipold, Connor Leipold, Kyle Leipold, Curtis Leipold, and Bradford Leipold, during their marital life of over three decades. Raising her amazing sons must have been an experience of a lifetime for Helen. While her eldest son is Connor, the youngest among them is still unclear.

Moreover, Helen Johnson-Leipold's firstborn, Connor, serves as a manager at Johnson Outdoors' Corporate Strategic Branding department. He is following in the footsteps of his mother. Similarly, Kyle and Christopher Leipold both joined the Minnesota Wild Foundation board of directors. Helen's son, Kyle, also works at the Royal Bank of Canada in Milwaukee.

Besides, not much is known about the Leipold duo's other two children, Curtis and Bradford. They have kept a very low media profile and are happy with maintaining privacy. Nonetheless, all of Helen Johnson-Leipold's children are still maturing and working in their current fields. The multi-billionaire must not have left a single stone unturned regarding her kids' upbringing, and we hope they achieve even more success in the coming days.

Overall, the life of Helen looks thriving and successful. She is at peace both on the professional and personal levels. We hope she will continue to shine and give back to society. Our best wishes follow her way.