Mixed martial arts is more than a combat sport; it is a home for aspiring fighters to make a living and name for themselves. As much as it is brutal, the sport isn't without its benefits. Hence, we see many people struggling to make a breakthrough in the MMA scene. Martin Trey Brown, aka Martin Brown, is a renowned fighter who has fought for scraps, riches, name, and glory since beginning his career.

The sportsman started his journey in the late '00s and hustled for the next ten years in different fighting promotions. He now competes in the Bare Knuckle Fighting Championship, where he has beaten several of his opponents. Alongside competing in the lightweight division, the guy has a mean punch that could knock down even the veterans.

So, why don't we move to his biography which highlights Martin's career beginning, wins, losses, record, and more.

Comes From An Educated Family

The BKFC fighter was born on August 17, 1984, in Vicksburg, Mississippi, USA. He grew up with his two brothers in a city without much of a pedigree in MMA sport. In fact, there were only a handful of gyms that could provide good training to produce high-level amateur fighters back then.

What's more, Brown doesn't come from an athletic family instead, his parents prioritized education. Martin Trey Brown's father, Ben Brown, was a computer systems analyst and his mother, Grace Brown, is a retired educator. They both have masters degrees and wanted him to go to school. Brown's both brothers being enrolled in a college didn't help the case either.

But, the young guy was determined to make a career out of fighting. He aspired to become a world champion which he did a few years later. The Vicksburg native started his amateur career in his hometown before moving to Tampa to set up his training. Fast forward over a decade later, he reached the top of his game and is continuing to do so till today.

His Journey To The Top Was Filled With Obstacles

Let's face it, a guy from a small town moving to a big city to achieve his dreams might sound fascinating, but it's not without its cons. Not only is that person all on his own, but he also has to struggle, be it financially or for other reasons. When Martin first moved to Tampa, he was able to make a living from fights but couldn't earn much to spend lavishly.

The fighter slept in his car and gym, while also getting knowledge about the business side of the game. He wasn't aware that he could earn money from sponsors, private lessons, and seminars in his downtime. The then-newbie had to learn all on his own. In the ring, his career was progressing with both wins and losses. 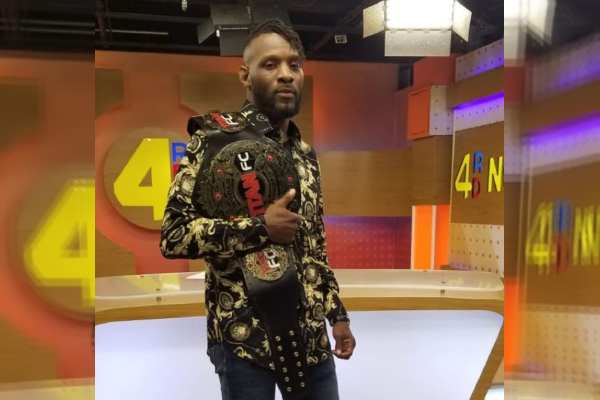 The sportsman got his breakthrough after defeating Aaron Williams in the Atlas Fights 14. It was a turning point in his career and the start of a six-fight winning streak that lasted over there years. He then moved on to rise in MMA, and even main evented one Atlas Fights in his hometown in August 2013.

Brown turned professional after a short amateur career. His first fight was against Daniel Watts in the 2009 Psychout MMA, which he won. Till his match against Aaron Williams at Atlas Fights 14, he had won four times and lost thrice. As already mentioned, his victory over Aaron marked his breakthrough in the MMA scene.

Over the years, the mixed martial artist fought in Bellator, Florida Regional, Atlas Fights, Toe The Line 2, Titan FC, and more. In the last promotion, he gained quite a success, having won three matches. Though Martin lost two fights in Titan FC, he became renowned as a guy willing to take on anyone at any time and anywhere.

Finally, the sportsperson moved to BKFC in the 2021 season and won his debut match against Zach Zane at Knucklemania. Now, let's take a look at his BKFC fight results as of now in the table below:

The 5' 10" tall fighter has a BKFC record of 3-2-0 as of October 2022. BKFC had always remained discreet about their paychecks to contestants. However, the promotion disclosed the salaries of the fighters competing in the BKFC 28 in August 2022. According to MMA Salaries, most competitors took home the amount between $2,000 to $9,000, with some even earning around the $20K range.

Likewise, Brown must have also been paid handsomely for his participation in BKFC events. As Martin Trey Brown's net worth primarily comes from his earnings from his fighting career, it must be in accordance with his paychecks.

Is He Married? Or Got Any Children?

Though MMA fighters are strong physically, they also possess a soft side reserved only for their loved ones. A huge softie at heart, has Martin found his other half to whom he can shower love and affection? Is he married or in a relationship?

Though the inquiries about his love life are massive, the BKFC competitor has remained silent regarding his partner. He hasn't revealed whether he is dating anyone, let alone about his partner. Martin's social media posts also don't hint at his possible romantic interest. But, you can find hilarious memes about his opponents there.

Although Martin Trey Brown's wife or girlfriend is a mystery, he did once upload a video with a little guy who was cheering him on. He captioned the post saying his motive for fighting is to be what the little boy believed him to be other than to win.

Overall, Mr. Brown has been active in the fighting scene for over a decade now. He doesn't seem to plan on stopping anytime soon, so fans will be able to see him compete in the upcoming days too. Our best wishes lies with the mixed martial artist.