Howard Davis is a mixed martial artist who made his BKFC debut in 2021. Photo Source: Howard Davis' Instagram.

As much as the idea of MMA fighting sounds thrilling, it's equally difficult for the fighters to get a strong foothold in it. To reach promotions like UFC, BKFC, and more is a dream come true for many of them. Today, we will talk about Howard "HD" Davis, the underappreciated talent from South Florida who made his breakthrough after making his BKFC debut.

One look at Davis' match, and anyone could see how he puts his life and soul into it. For him, fighting is more than just a way of making a living, it's everything he has worked for and more. From a potential football athlete to now rising in the fighting industry, this biography of Howard Davis is a piece you wouldn't want to miss.

Was A Football Player

The fighter was born in the mid-1990s in Broward County, Fort Lauderdale, Florida. He celebrates his birthday in September every year, as per one of his IG posts. Speaking about his family, Howard has yet to reveal much about them. However, as per a short video by FNO Productions, his friend disclosed that he grew up without his father.

The Florida native has always been into fighting; he used to fight in elementary school, high school, and later as a grown man. Not only fights, he also excelled on the football field. The young guy was a football player in high school, but his future in the sport was undetermined. He knew he had to choose another aspect to become successful, hence he started taking fighting more seriously.

Afterward, Davis joined Slaughter House Boxing, where he sharpened his skills while also becoming more mature. Thanks to his determination, consistent training, and hard work, he is now making a name for himself in the fighting industry.

Many people must be familiar with Jimmie Rivera, the former UFC fighter who won the promotion's fight of the night twice. Moreover, Rivera is a former KOTC Flyweight and ROC Bantamweight champion. After his departure from UFC, the public was looking forward to where Jimmie would end up next.

Well, Rivera decided to join BKFC, and his opponent in his debut match was none other than Howard. The fight was the main card of BKFC 26, and both opponents gave their best. The match ended with a majority draw, with Davis and Rivera showing each other nothing but respect at the end.

For Jimmie, it was a comeback in the ring. On the contrary, Davis proved he could take on even the renowned UFC veteran. His popularity further grew from the event, and many are eager for his upcoming matches.

Howard Davis Net Worth And Career

As already mentioned, HD began taking boxing seriously in his high school days. He started competing in amateur fights and gradually progressed from there. Afterward, he made his BKFC debut against Rusty Crowder on November 12, 2021, which he won.

The sportsman has since faced several opponents and given his best in each match. Let's take a look at his BKFC results in the following table:

HD's BKFC record is 2-0-1 as of October 2022. Considering how he is one of the most intriguing prospects in the BKFC scene, he will likely win other upcoming matches as well. If his current record is anything to go by, he might even get a chance to compete in a title match. Similarly, Davis must be benefitting financially too.

Aside from opportunities, BKFC is also known for having more generous paychecks than that of UFC and other promotions. For instance, Chad Mendes and Jimmie Rivera revealed they make more money competing in BKFC. Also, BKFC fighters' average earnings was $2,500 as of 2020.

Hence, Howard must be making a substantial income from the promotion. Besides, he has also released a collab t-shirt with Vengeance, which must add to Howard Davis' net worth.

Now that we have talked about the BKFC competitor's career, let's move on to his personal life. In addition to giving impressive performances in the ring, HD is also balancing family life. He shares a loving relationship with his partner Mildalia Gines.

Davis had wanted to meet Gines after seeing her on social media several years before their first encounter. The latter knew about it and purposely showed up at a party, which Howard was also attending, to get to know him. That first meeting soon turned into a beautiful relationship.

Howard Davis' girlfriend talked about their dating history in his short documentary. There she was also introduced as his fiancée, so has the pair already engaged?

Nonetheless, the couple's relationship seems to be going well. Howard's partner understands his career and believes his struggles will be worth it. She also admires how he loves her, his kids, and their family.

One of the things that turned Howard's life around is his kids. He had his firstborn, a boy, at a young age. At that time, he was thinking about pursuing a football career and not fighting. However, after the birth of Howard Davis' son, he decided to put his dreams aside and took on the responsibility of being a dad.

Soon after, the Broward county native welcomed his second son. While the baby mama of his boys is unknown, Howard Davis' daughter is with his current partner, Mildalia. The former loves his children and fights to provide for them. He also wants to ensure his little ones are in the best position possible. 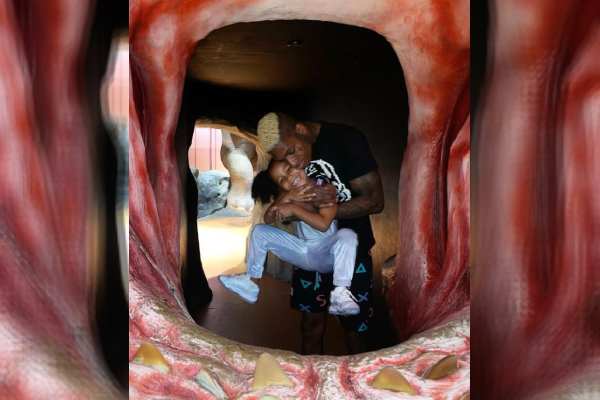 All in all, HD has risen from being an amateur fighter in a small town to competing on a global fighting scene against some of the bests. He trains hard and is always ready to face anyone. Hopefully, he will soon get the opportunity to compete in a title match and continues to succeed.