When discussing the Ultimate Fighting Championship, one can not forget the iconic Chad Edward Mendes, aka Chad Mendes. In addition, he was a Pac-10 Conference champion in folkstyle wrestling and a two-time NCAA Division I All-American. He competed in the Featherweight division in UFC.

The talented sportsman has won many matches and is currently signed to the Bare Knuckle Fighting Championship (BKFC). Despite being involved in the fighting world for a long time, many people still don't fully know the MMA fighter. There are many exciting things to learn about him, which we will cover in the following short biography.

The MMA fighter was born on May 1, 1985, in Hanford, California, USA. His parents, Alvin Mendes and Donna Mendes welcomed him into this world. During one of his interviews, Chad revealed that he grew up in a large family and was the sole child. His dad and mom divorced and remarried. However, as per his FB profile, he has a sister named Morgan Mendes.

The talented sportsman developed a keen interest in fighting from an early age. As a result, he started wrestling at the age of five, and his dad was his first coach. Furthermore, the young guy wrestled every year until he graduated from high school.

Afterward, he was offered a recruiting chance at California Polytechnic State University, San Luis Obispo. He wrestled for his college team and earned a gold medal in the Pac-10 Championships in 2008.

Similarly, Frank Mir is another MMA fighter who is from America.

How Did Chad Gain Fame?

Before diving into Chad's achievement, let's return to his beginning phase. In 2008, he debuted against Giovanni Encarnacion, which he won, at Palace Fighting Championship. Later, he defeated many fighters, including Leland Gridley, Art Arciniega, Steven Siler, Mike Joy, Erik Koch, and Anthony Morrison.

In 2011, Mendes switched to the Ultimate Fighting Championship and debuted after a few months. His first UFC bout was against Michihiro Omigawa, and he won via unanimous decision. Furthermore, Chad became a challenger for UFC Championship three times, but couldn't win the title. Mendes currently holds an 18-5-0 pro-MMA record.

Besides, among his several UFC fights, one that was most talked about was his bout against Conor McGregor. The latter had even asked the UFC president Dana White to bet $3 million for the match. It was the main event at the UFC 189, which sadly Mendes lost. Nevertheless, he took home $500K from the event.

Mendes' first match in WEC was against Erik Koch on March 6, 2010, at WEC 47, which he won. Since then, he has fought against many veterans and earned many victories. Regarding his pro-MMA record, as per Tapology, Chad holds a record of 18-5-0, as mentioned earlier. Now let's take a look at some of his Ultimate Fighting Championship winning records alongside his prize money.

Mendes switched to BKFC in 2022 and debuted after a few months against Joshuah Alvarez. He knocked out his opponent in just one minute and thirty-four seconds. According to sportskeeda, for a low-end BKFC match, a fighter was paid $2,500 as of 2020. However, Chad has revealed that he made more money from his BKFC debut than he did for any of his previous UFC fights, including the McGregor fight. Hence, Chad Mendes' salary must be considerable.

Apart from his fighting career, Chad earns a notable sum from the hunting and fishing guide service Finz and Featherz. In addition, the former UFC champion is the owner of The Provider, which offers different types of spices and taste enhancers for $12.5. He also owns American Almond Beef, an American Raised Beef Company.

Mendes is handsome, talented, and hardworking. Alongside having a prosperous professional career, he also has a successful relationship and personal life. Well, Chad is a family man and leads a blissful marital life with his spouse, Abby Raines Mendes.

The beautiful couple tied the knot in August 2017 and have been together ever since. Chad Mendes' wife was a former volleyball player at West Virginia University. Going through the fighter's Instagram, he often shares photos with his partner with lovey-dovey captions. 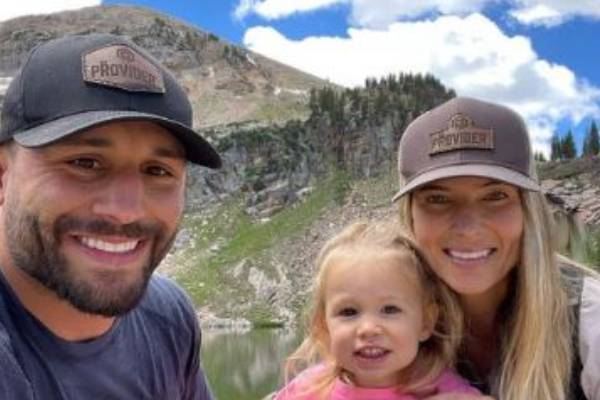 Moreover, the love and affection between the pair can be visible on their IG posts. Chad's spouse seems to be supportive of his career as well. Nevertheless, Chad and Abby's relationship looks robust and thriving. We wish them the best of luck in the upcoming years.

Alongside the blooming career, the talented fighter is the father of two baby girls. Chad Mendes' daughter, Tallulah Rain Mendes, was born in August 2019. Looking at his social media posts, we can see that the Hanford native has also welcomed another little girl, however, her name hasn't been revealed. 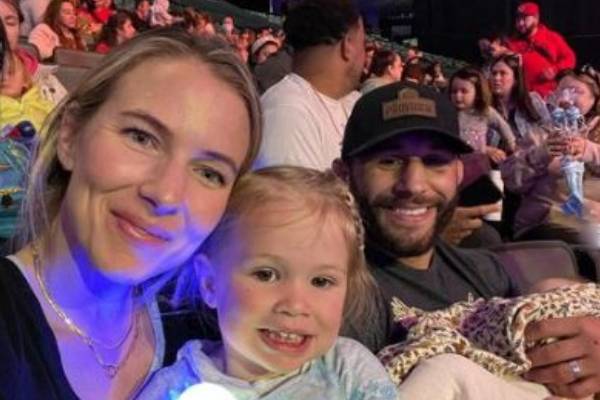 Despite being busy with training and other endeavors, Mendes still makes time for his family and children. As a result, the family of four is often spotted going to beaches, on fishing trips, enjoying vacations, and many more.

Nonetheless, the talented sportsman is raising his children with unconditional love, compassion, and care. He is a supportive, doting, and devoted dad. Thus, the Mendes sisters must be lucky to have such a loving and supportive parent.

All in all, the California-born athlete must live a comfortable life with his family. Many people are eagerly looking forward to his next match in the BKFC. Finally, let's hope Chad becomes even more successful ahead.