Richest Among The Culkin Brothers - Who Has The Highest Net Worth?

Home Net Worth Richest Among The Culkin Brothers - Who Has The Highest Net Worth?.

In the era of the 90s, actor Macaulay Culkin was a household name who appeared in some of the most well-liked movies from that decade as a child. One movie, My Girl, in particular, left a lasting impression on young people at the time. Macaulay became one of Hollywood's wealthiest and most influential people with hit projects like the Home Alone franchise, leading to notable net worth.

Not just him, his other four brothers have also been actively involved in the acting sector and amassed a sizable fortune. Taking inspiration from their sibling, Macaulay, and following in his footsteps, the Culkin brothers have come a long way. Hence, through this article, let's find out who has the highest net worth amongst Macaulay and his four brothers, Kieran Culkin, Shane Culkin, Rory Culkin, and Christian Culkin.

Shane Culkin Has Only One Acting Credit Under His Name

Macaulay Culkin's elder brother, Shane Arliss Culkin, is a former American actor born in New York City in 1976. Out of all the brothers, Shane is one of the more overlooked Culkin children and is the eldest. The only reason why he is lesser known is because of his limited filmography. Similarly, Shane only has one acting credit under his name.

The eldest brother was featured in the 1989 TV Series, Great Performances as Wally Webb. Furthermore, he also played Wally Webb at Lincoln Center in Our Town on Broadway. Apart from this, the eldest Culkin hasn't made any on-screen appearances.

Shane didn't get to shine on the movie screen as much as his brothers, but he still might have managed to amass a notable net worth for his livelihood. On the other hand, his other brothers have already established themselves in showbiz. So wouldn't it be interesting to explore more of the Culkin brother's net worth and career earnings?

Christian Culkin Is A Writer

While his four brothers have made television appearances and are involved in acting, Christian has found his passion in the writing field. Born on January 30, 1987, Macaulay Culkin's brother has worked as a Contributing Writer at The Waverly Press since September 2012. Furthermore, he is also serving at Lid Magazine as a writer since January 2012.

However, Christian has also featured in the 1994 movie, My Summer Story. Despite the popularity and fame that Christian has achieved, he likes to maintain his personal life low-key. Nevertheless, it is believed that Macaulay Culkin's brother has amassed a sizable fortune because of his stable writing career.

Similarly, a person working as a writer earns $56,039 per year. Hence, Christian Culkin's net worth and salary must also be significant.

The Youngest of the Culkin Clan, Rory Is An Exceptional Acting Talent

Born on July 21, 1989, in New York City, Rory Culkin is the youngest child among the Culkin bunch. He is a successful actor widely recognized for his performances in Lords of Chaos, Scream 4, You Can Count on Me, Columbus, and M. Night Shyamalan's Signs. His first acting project came with The Good Son in 1993, where he portrayed the character of Richard in Picture. 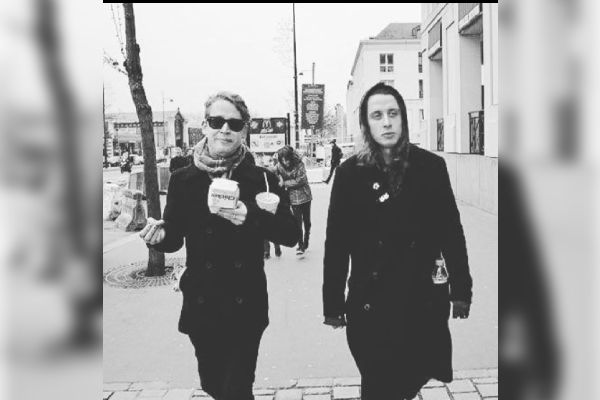 However, Rory's breakthrough role was in You Can Count on Me, starring alongside Laura Linney, a role for which junior Culkin received overwhelming praise and bagged a Young Artist Award. Since then, the impressive acting figure has made numerous cinematic appearances, with Signs being the most well-known.

In addition, Rory has also co-produced two movies, Lords of Chaos and Welcome to Willits. Furthermore, with 43 acting credits under his name, the youngest Culkin has accumulated a hefty sum. Hence, Rory Culkin's net worth of $1.5 million looks plausible given his exceptional acting career.

Another personality with tremendous net worth is Nicholas Hoult.

Kieran Culkin's Net Worth Is Fundamentally from 'Succession'

Kieran processed to perform throughout his childhood and teenage years. Moreover, in 2002, his breakthrough role came with the movie Igby Goes Down. With this film, Kieran earned his first-ever Golden Globes Award nomination and won a Satellite Award and a Critics' Choice Award.

With around 37 acting credits under his belt, Macaulay Culkin's younger brother has made a name for himself in the acting sector. However, Kieran Culkey's net worth started to grow after he featured in Succession as Roman Roy in 2018. He was nominated thrice for Golden Globes Award for his role on the show. Furthermore, Kieran, alongside his other cast members, earned $100,000 per episode for the first two seasons. 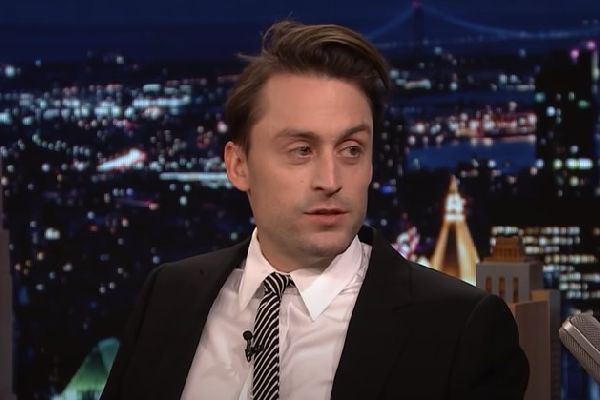 As each of the first two seasons had ten episodes, the 1982-born actor made $2 million for acting in the HBO series. Later, in season three, Kieran's salary increased to $350,000 per episode for a total of $3.5 million. Looking at his notable earnings, many fans expect his fortune to be enormous as well. Therefore, according to Celebrity Net Worth, Keiran Culkin's net worth is $5 million.

Finally, let's look at the net worth and earnings of Macaulay Culkin, the most successful among the five brothers.

All Details About Macaulay Culkin's Net Worth and Career Earnings

Born on 26th August 1980, as Macaulay Carson Culkin, he began his acting journey at only four years old. Similarly, The Good Son star was ranked second on VH1's list of the "100 Greatest Kid Stars" and is frequently cited as one of the most successful young actors of the 1990s. Furthermore, before featuring on his breakthrough project Home Alone in 1990, he took on several minor roles. However, by starring in the now-classic Christmas movie, Culkin only made $100,000.

However, in the 1991 film My Girl, he charged $1 million for the role. Similarly, Macaulay made $4.5 million when he reprised his role as Kevin McCallister for Home Alone 2: Lost in New York. Moreover, the actor earned $8 million for Getting Even With Dad, $1.5 million for The Good Son, and another $8 million for Richie Rich.

Macaulay Culkin's net worth increased dramatically between 1989 and 1994 when he earned $23.5 million. The former child star took a break from performing in the late 1990s and early 2000s.

After high school, he did, however, occasionally return to acting. Furthermore, in 2021, Macaulay returned to showbiz with the main cast of American Horror Story: Double Feature. Finally, with such a spectacular acting career and several awards/recognitions, Macaulay Culkin's net worth is a whopping $18 million.

Who Is The Richest Among Them?

Although all of Macaulay's brothers continue to grow their net worth dramatically in the entertainment sector, it doesn't compare to the tremendous amount of money he himself made as a child actor. Furthermore, he has featured in some of the most successful projects at a young age while his brothers were still struggling. Therefore, with a massive net worth of $18 million, it is safe to say that actor Macaulay Culkin is the richest among all the Culkin brothers.