Hiroyuki Sanada Net Worth - What Are The Actor's Source Of Income?

Home Net Worth Hiroyuki Sanada Net Worth - What Are The Actor's Source Of Income?.

Hiroyuki Sanada is an actor, who has a net worth of $10 million. Image Source: Social Media.

If you have watched the popular movies Ninja in the Dragon's Den, Ring, The Twilight Samurai, and The Last Samurai, then you most probably remember actor Hiroyuki Sanada. He is a Japanese actor who has been in the entertainment industry for over five decades. He is also widely known for having roles in martial arts films.

But it is not only his acting career that has impacted his fortune. Hiroyuki Sanada's net worth is also impacted by his work as a martial artist and producer. So, find out more about the performer's most influential works and follow his professional career along with earning sources.

Hiroyuki Sanada Net Worth And Earnings

With around 115 acting credits under his name, the actor has won the hearts of millions while earning a sizable sum of money. According to Celebrity Net Worth, Hiroyuki Sanada's net worth is $10 million. Thanks to his great acting endeavors, the actor has earned multi-millions to his name.

Now, let's take a quick look at Hiroyuki's earnings and learn more about how he could amass a sizable amount of money.

With the TV series, Ahirugaoka 77, Hiroyuki made his television debut in 1968. Until the 2000s, he was featured in several TV series and movies, such as Yagyu Abaretabi, Message from Outer Space, Kage no gundan III, and Super Electronic Bioman, to name a few. In the late 2000s, the Shinagawa native was featured in renowned TV series such as Westworld, The Last Ship, Helix, Extant, Revenge, and Lost.

Although Hiroyuki's salary from his television projects has yet to be revealed, we can expect him to have earned significantly. The earnings must have influenced Hiroyuki Sanada's fortune. He also earns notably from different movies, so let's look at his film career in the following subheading.

With the movie Rokyoku Komori-Uta in 1965, the Japanese actor made his debut in cinemas. Since then, he has starred in various acting ventures. Here's a list of some of Hiroyuki's movies and their worldwide box office collections in the table.

Besides, it is not startling to discover Hiroyuki Sanada's net worth to be a massive $10 million since he has featured in some of the most commercially successful movies of all time. Furthermore, as a renowned actor, he still has many other projects settled in line, which will further add to his fortune.

READ MORE: Singer Clairo's Father Geoff Cottrill Has Amassed Quite A Net Worth

Another factor affecting Hiroyuki Sanada's net worth is his work as a producer and music supervisor. He took the latter role in the two short movies, Heart Squared (2008) and Salty Black Sugar (2012). Similarly, the actor has also produced a TV Mini-Series, Shogun, which will be released in 2023.

Besides, he has also worked as a composer of the 1990 movie Rimeinzu: Utsukushiki yuusha-tachi. Other than that, the established actor must be making good earnings from sponsorship and endorsement. Therefore, looking at the Shinagawa native's earning sources, Hiroyuki Sanada's fortune seems plausible.

A fellow actor with a multi-million dollar worth net worth is Laurence Fishburne.

The Hollywood heartthrob has been leading a comfortable life thanks to Hiroyuki Sanada's net worth. Given that he is a multimillionaire, he must own a few houses. Likewise, he must have a good collection of branded cars. 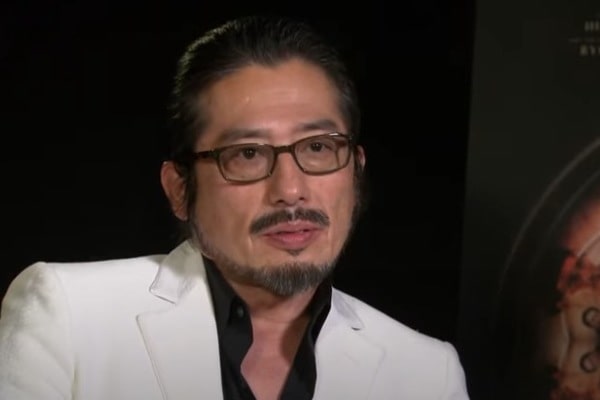 To conclude, Hiroyuki is a name that probably doesn't need much introduction in the entertainment industry. The actor has worked long and hard for years and amassed millions of dollars, and we hope Hiroyuki Sanada's fortune will enhance in the coming days.