Journalism is a field that has a major impact on one's day-to-day life, whether it is the people working in the field or the ones viewing the top news. For those involved in the field, every day is different because of the unpredictableness. While someday the journalists have very normal things to talk about, other times, they have to cover shootings and other hard topics.

And among those who have covered both types of news in a commendable manner is Willie Geist. He has anchored many mass shootings and is known for his long interviews with celebrities. So, today let's look into the life and career of the popular host.

Willie was born William Russell Geist on May 3, 1975, in Evanston, Illinois as the first child of his parents, Bill Geist and Jody Geist. His younger sister, Libby Geist Wildes, is an award-winning producer best known for her works on The Last Dance, 30 for 30 Shots, and O. J.: Made In America.

It is no surprise that the siblings have found fame in the entertainment and journalist field as they were raised by two amazing and successful individuals. Willie Geist's father, Bill, is a retired tv journalist, author, and columnist. He worked for CBS News, The New York Times, and Chicago Tribune's subsidiary, Suburban Trib. On the other hand, Willie's mother, Jody, worked as a social worker. 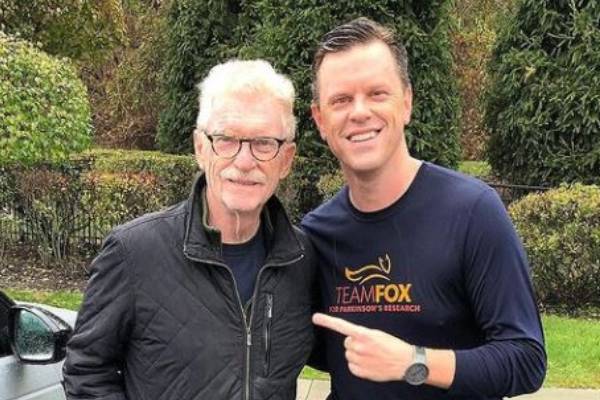 Willie Geist completed his high school studies at Ridgewood High School and was captain of the basketball as well as the football team there. He then enrolled at Vanderbilt University and graduated with a degree in political science.

At his alma matter, Willie was a contributing editor at The Vanderbilt Hustler. This is where he got a taste for journalism and paved a path for his future.

Willie Geist Net Worth And Career

Aforementioned, the Illinois native started his journalism career as a college student at Vanderbilt University. He has been involved in the field since the late 1990s, and to no one's surprise, Willie Geist's net worth is estimated to be $14 million.

So, how did the MSNBC anchor amass such a massive fortune? Let's find out all about it below.

Willie Geist began his career at CNN, but rather than working in front of the camera, he served as a producer and editor. He then reported for CNN Sports and covered the NCAA Final Four, The Masters, and the Super Bowl.

The 6 feet 3 inches tall host then started substituting on MSNBC's morning time slot as a co-host. Then he became a permanent host of the show, Morning Joe, alongside Mika Brzezinski and Joe Scarborough. This promotion must have also come with a significant rise in Willie's paycheck.

Two years later, in 2009, Willie started hosting his own show, Way Too Early with Willie Geist. The following year he substituted for Matt Lauer on the Today Show as a newsreader before becoming an official co-host. Willie became the solo host of Sunday Today, which was launched in April 2016.

Willie also anchored the seven-hour-long coverage of the Orlando nightclub shooting in June 2016. He also covered the mass shootings in El Paso, Texas, and Dayton, OH.

Besides his coverage of many hard-hitting events, Willie is also known as a long-form profile interviewer. He has interviewed some of the biggest celebrities in the world, including Keanu Reeves, Machine Gun Kelly, Sean Penn, and Trevor Noah.

Thanks to his amazing work credits, Willie Geist's salary at NBC is estimated to be $5 million per year. And with his continued success, there is no doubt that the anchor's fortune will continue to rise in the upcoming days.

Along with his works as a host of Sunday Today, Willie Geist has also lent his voice to the character Dim in the 2016 movie Kung Fu Panda 3. He has also appeared as himself in shows and films like The Campaign, Donny! and 1600 Penn. 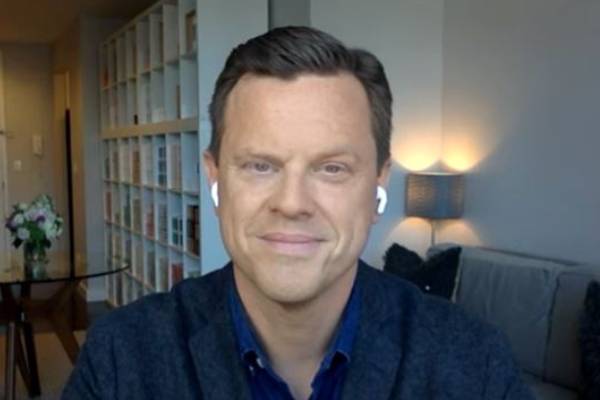 Moreover, Willie Geist also hosts the Sunday Sitdown podcast. It is a full-length, unedited version of his NBC show. The podcast is available on various streaming including Spotify and Apple Music, and is popular among the listeners.

The television journalist must also earn a commendable sum from these ventures. And these projects might be one of the main reasons for Willie Geist's net worth to be a gigantic sum.

The NBC host has been in the spotlight for several years, and as a result, many are interested in his personal life. And talking about his relationships, well, Willie found love in high school and is now married to the woman of his dreams.

The Illinois native first saw his wife, Christina Elena Sharkey, on the first day of 6th grade at George Washington Middle School. And while the tv personality noticed her right away, Christina actually was interested in another boy. 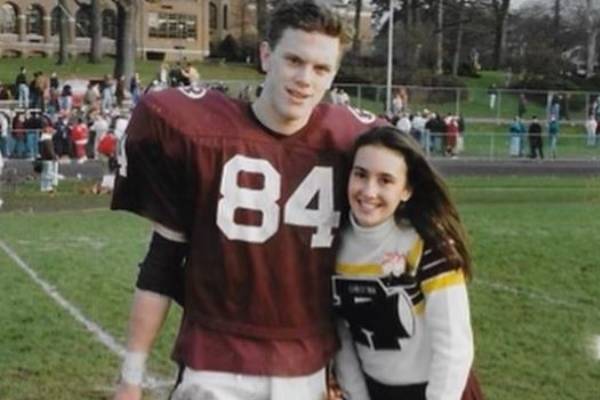 Willie Geist's wife, Christina, went on a few dates with his friend named Kossick, who then told the host all about it. The relationship obviously did not work out, and later Willie and Christina began dating.

However, the couple thought about ending their relationship since they were planning on going to different universities after high school. But luck was on their side as the Geist pair both enrolled in Vanderbilt University.

Their relationship was once again tested as Willie took a job in Atlanta, and Christina refused to move with him. But the lovely duo was meant to be as they crossed paths again. And then, in 2002, Willie proposed to his then-girlfriend in their middle school homeroom.

The television journalist got married to his high school sweetheart on May 24, 2003, inside an old Spanish church in Puerto Rico. More than 100 friends and family attended the ceremony.

Willie Geist's wife, who now goes by Christina Sharkey Geist, is a brand strategist at True Geist. She has also authored children's books and founded the company, Boom Box Gifts. However, her most cherished title might be that of a mother.

Willie Is A Father Of Two

In addition to being married to his high school sweetheart, Willie Geist has also welcomed two little ones with her. The Geist couple's firstborn is daughter Lucie Joy Geist who was born on June 14, 2007.

Two years later, on July 8, 2009, Christina Sharkey Geist and Willie Geist's son, George William Geist, was born. The siblings are the apples of their parent's eyes. 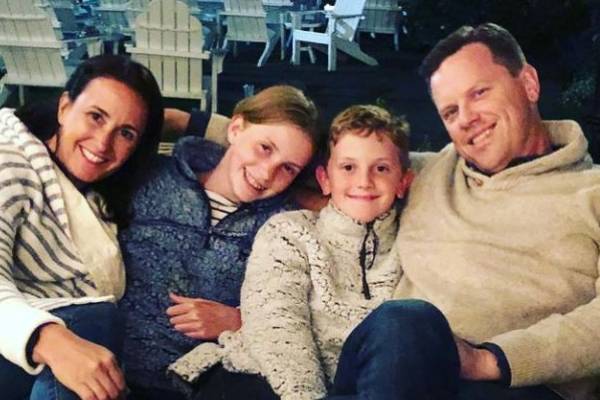 However, both Willie and Christina are not really open about their children. Nonetheless, let's hope in the coming days, we will get to learn more about the Geist family.