It's not unusual for celebrity children to follow in their parents' footsteps in Hollywood. Willam Atticus Parker, the child of Mary-Louise Parker, falls among them and is working on continuing his family's legacy. Parker is a talented writer and director. Though he came into the spotlight as Mary-Louise Parker's son, he is slowly creating his own identity in the movie industry.

Furthermore, Will Parker is best known for his feature film Forty Winks. Also, the movie got lots of attention and praise from the audience. However, there are many things about the young guy that people are still unaware of. So, if you are curious to know about William's personal as well as professional life, keep reading this short biography.

His Parents Are Renowned Hollywood Personalities

The talented personality was born on January 7, 2004. William Atticus Parker's parents, Mary and Billy Crudup, are renowned actors who have appeared in numerous films. The former's father is a four-time Tony Award nominee, and his mother has won one Primetime Emmy. Likewise, Mary-Louise Parker's son's godmother is Susan Sarandon.

Unfortunately, Will's dad left his mom when she was pregnant with him, and started dating actress Claire Danes. Following that, Mary gave an interview to The New York Times, saying that betrayal is a part of the human experience, and one can't get through life without being betrayed. Following that, Mary and Billy worked together to raise then-one-year-old William. 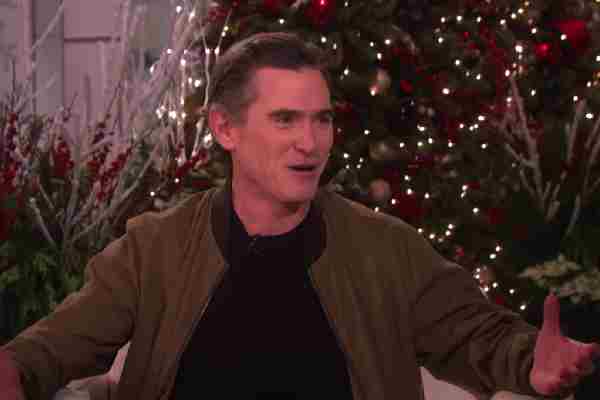 Similarly, four years after splitting up with Billy, Parker's mom adopted a little girl when he was five. William's sister is Caroline Aberash Parker. Talking about Will Parker's education, he has not revealed which school or college he goes to. But, his father once shared that he was taking a film class and had also made some experimental movies.

Talking about William Atticus Parker's net worth, he is still young and must be focusing on his school work at present. However, he does have a few movie credits to his name, which must have helped him earn money. Also, as the child of two well-off parents, he surely is enjoying a comfortable life.

As mentioned earlier, Billy Crudup's son has written and directed several movies. Atrabilious, Forty Winks, and Donnybrook (a short film) are some of the projects where he also served as a producer. Moreover, William and his friends Zev and Cole also made a short movie named Parchment, which starred both of his parents. Aside from that, Parker has acted in Compliance, Colin in Black & White, Christmas in Conway, Mr. Mercedes, Atrabilious, and many more.

The average earnings of a writer and director in the USA are $82,845 and $150,708, respectively, as per glassdoor. So, Will must have pocketed a good sum of money. Therefore, William Atticus Parker's net worth must be a considerable sum. Additionally, his father, Billy Crudup's net worth is $8M, and his mother, Mary-Louise Parker's fortune is worth $16M.

Lindsay Crystal is another director who has gained massive fortune.

Is William Atticus Parker Dating Anyone?

Sadly, Billy Crudup's son has kept a low profile when it comes to his personal and love affairs. Furthermore, he rarely speaks about his romantic life. Relationship status and information about William Atticus Parker's girlfriend have not been disclosed yet. So, it is hard to find if he has one at all. Likewise, William's partner is not mentioned on any of his social media accounts. Could it be he is single?

In addition, William has never been pictured with a female friend who might be his possible love interest. Or, maybe he is dating someone, and they might be concealing their relationship from the public. As he is young and likely studying, he must be focusing on shaping his future than dating someone. So, until we learn something about Billy Crudup's son's partner, we can only wish him all the best for his upcoming projects.

Overall, Mary-Louise Parker's little man must also be doing great study-wise. His parents must be very proud of his projects and work. Similarly, he must be living a comfortable and happy lifestyle. Also, as his career has just begun, Will's income will surely rise in the coming days. We wish he gains more fame and fortune in the future.