Lindsay Crystal is an award-winning filmmaker who has produced and directed projects for HBO, NBC, COMEDY CENTRAL and many other networks. In addition, she is also known as the younger daughter of actor Billy Crystal. Image Source: Social Media.

Today we are going to talk about such a multitalented lady Lindsay Crystal. From being a director to producer and also an actress and a costume designer, well she has done it all. In addition, she is the daughter of well known American actor and comedian Billy Crystal.

By now you too might be eager to know more about this phenomenal talented lady. Hence let's not delay digging a little deeper into the actress' professional and personal life.

Born Into A Film Oriented Family

Lindsay Crystal was born Lindsay Anne Crystal on October 21, 1977, in Los Angeles County, California, United States. She was born to her parents Billy Crystal and Janice Crystal. The producer grew up in a love-filled family. Lindsay's father and mother were high school sweethearts.

Lindsay Crystal's parents are both involved in Hollywood. While her father is an American actor, her mother, Janice is a film producer.

Moreover, Lindsay grew up with her sister Jennifer Crystal Foley. Lindsay's sister Jennifer is also an American actress, known for her roles as Christie Parker in Once And Again and Rachel Taub on House.

As for her studies then the LA native has a bachelor's degree in Fine Arts with a major in film and television. The award-winning director is a graduate of New York University.

On IMDb, Billy Crystal's daughter, Lindsay Crystal, has got eight credits as a director. Some of the TV series she has directed are Not Safe with Nikki Glaser, Problematic with Moshe Kasher, Busy Tonight, and Sketchy. Lindsay also directed When Harry Met Sally 2, a viral comedy short that has approximately 6 million views and has been nominated for two Webby awards. Thence, her work in various projects would have given her access to a lavish fortune.

Similarly, as a producer, she has been credited seven times. Some of the famous TV series, the talented lady has produced are The Daily Show, The Jim Jefferies Show, Pod Save America: Four-State Tour to name a few. Not only TV series but she also has produced some documentaries like The Third Monday in October, My Uncle Berns.

Lindsay worked as a producer on The Daily Show With Jon Stewart, where she helped the show win four Emmy Awards for Outstanding Variety, Music, or Comedy Series and received a Peabody Award.

Not only does Billy Crystal's little girl has skilled hands in direction and production, but she also possesses excellent looks and acting skills. As a result, the talented producer has appeared in five acting projects including a tv show and four films (which are listed below).

The above table illustrates the movie she has been part of along with the collection these movies had worldwide. Undoubtedly, Lindsay Crystal's net worth must be substantial enough looking at the superhit movies she has featured in.

In addition, the American actress also has been a part of the editing team as an assistant editor. Previously Lindsay Crystal worked as a staff assistant and as a camera operator as well. As if this was not enough, the City Slickers actress has been credited as the casting director and the costume designer.

All these activities of this influential lady only indicate how passionate she is about her work. Hence Lindsay Crystal's net worth must be high enough, looking at her being indulged in these various endeavors.

Has Been Married To Howie Miller

Lindsay Crystal is married to producer Howie Miller. Unfortunately, not much information is available on the couple's married life. This only reflects that she wants a calm and interruption-free personal space away from any media. 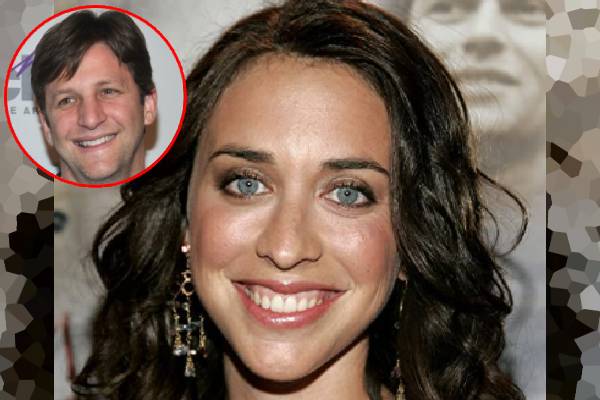 Lindsay Crystal has been married to the producer Howie Miller. Image Source: IMDb.

For the records, Howie is credited 21 times for his movie projects as a producer. Some of his works are Running in Heels, My Life as Liz, Mel B: It's a Scary World, The Millionaire Matchmaker, Miz & Mrs. to name a few.

Lindsay Crystal's husband in addition to being a producer is also a writer. He wrote the script for the TV series, Lake Placid 2, Sketchy, The Hollywood Puppet Show, and the Documentary Veritas.

Even though both Lindsay and Howie are involved in the entertainment business, they have managed to keep their lives to themselves. But let's hope we get to learn more about the pair's love life in the coming days.

Is A Proud Mother of Two Children

As mentioned earlier, Billy Crystal's daughter, Lindsay likes to keep her personal life low-key. Hence it makes sense why there is not much information about her kids. However, we do know that she with her husband Howie are the proud parents of two. Unfortunately, neither of their kids' names are known to the media yet.

It seems Lindsay Crystal's kids are pretty close with their grandfather, as he often takes the kids to his work and enjoys watching movies together.

Moreover, we anticipate seeing more of Lindsay Crystal's projects in near future.