Torrei Hart is an American actress, comedian, TV personality, social media influencer, and fitness enthusiast. The multi-talented actress has been working in the showbiz industry for more than a decade. The five-foot-two-inches comedian is widely known for her vibrant personality, hilarious comedies, and fitness routines, gaining a legion of fans worldwide.

The multi-talented comedian also rose to fame as Kevin Hart's wife before their divorce. Being a mother of two kids, Torrei Hart is constantly pushing her career to new heights. As an aspiring entrepreneur, Torrei is also seen pursuing her business career while advocating woman empowerment. Today, let's peek into the beautiful Torrei Hart's biography.

Torrei Hart was born Torrei Skipper on February 28, 1978, in North Philadelphia, PA. She grew up with her siblings in Southern New Jersey, in a close-knit family. Although Torrei Hart's parents are still a mystery to her fans, we have found a sweet picture of her sharing an immense love with her mother. 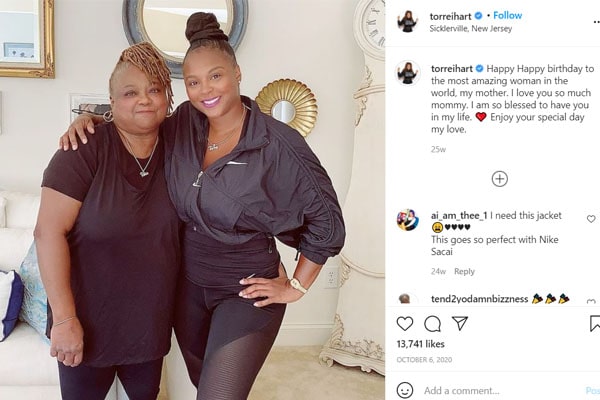 With a bold and sassy personality, Torrei Hart studied acting and arts from a very young age. Her ambitions were clear from her teenage years when she impressed her classmates with her comic skills while studying in Winslow Township High School. She completed her high school studies in 1996.

Pursuing her higher studies, Torrei enrolled in a Community College of Philadelphia where she met actor and comedian Kevin Hart. As the bond between the two college sweethearts grew stronger, the pair realized they shared a passion for comedy and had a longing for Hollywood. With a strong desire to achieve their dream, the young couple decided to quit college and pursue their entertainment careers.

Soon after dropping out of college, Kevin Hart and his then-girlfriend Torrei Hart relocated themselves to the City of Angels, Los Angeles. With a determination to work hard in the entertainment industry, the couple started their career in Hollywood.

As Kevin Hart's career took off, Torrei found herself struggling to get prominent roles in her early career. However, she landed several esteemed roles in national commercials for Toyota and eBay. By the time, Torrei was already taking responsibilities as a mother and taking care of her family. 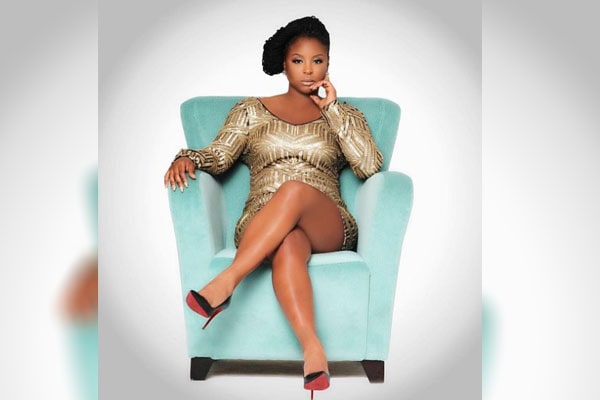 Torrei Hart started her career as a performer and a comedian. Photo Source: Torrei's Instagram.

As an actress, Torrei has acted in several movies and TV series in her career. She debuted with a small role in 'The Captive' and 'Soul Plane' as an actress. Torrei also landed a recurring role in Nickelodeon's Parental Discretion at the beginning of her career. Since then, the actress has appeared in movies like American Bad Boy, Dear Frank, But Deliver Us From Evil, and many more. Furthermore, she has also been a producer in several films like Hollywould, Victim of Circumstance, etc. She has performed alongside big stars like Katt Williams, Alex Thomas, and Martin Lawrence in her career.

In late 2012, Torrei launched her YouTube comedy channel, Pretty Funny Fish, which gained much popularity and became an acclaimed comedy show. Signing a production partnership deal with Russell Simmons of All Def Digital platform, Torrei contributed many creative content for the company and has co-written, starred, and produced several short films.

Torrei Hart's philanthropy career started when she collaborated with her sister to launch a non-profit initiative S.O.A.R. (Starting Over Again Ready), empowering women to overcome adversity and support them to move forward after their trials. In 2014, Torrei launched Skimpy Mixers, adding another business to her entrepreneurship portfolio. The same year, she starred in Vh1's reality show Atlanta Exes with her co-stars Tameka Raymond and Monyetta Shaw.

In 2017, she founded Heavenly Hart Haircare, a cosmetic business catering to natural hair for all ethnicities. Torrei plans to pass down the family business to her daughter. 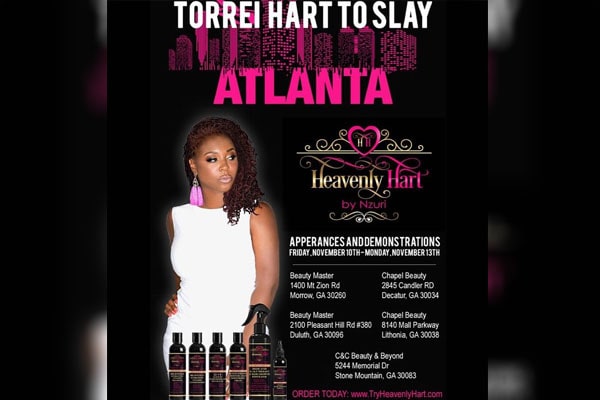 Furthermore, Torrei has partnered with the ZEUS network in creating an unscripted take show called "Talking SH!T.' In 2020, Torrei launched Skinny Bish Keto, a fitness brand that promotes a healthy lifestyle for women of all ages.

Torrei Hart is also a renowned public figure. With over 684K followers on her Instagram, her sassy and classy personality continues to amaze her fans worldwide. Recently, Torrei Hart's Junebug Challenge video became a viral sensation receiving over 85,000 likes on her Instagram.

Torrei Hart Net Worth and Earnings

Having won millions of hearts across the world, Torrei Hart has also been racking up her wealth through different ventures. With over 15 years of successful career highlights, Torrei might have accumulated a ton of wealth in her name. So, how much is Torrei Hart's net worth?

Torrei Hart has also been earning from her filmmaking career. Having been appeared in successful movies like American Bad Boy and But Deliver Us From Evil, she might have added millions to her budget.

Furthermore, Torrei also generates a substantial income from her entrepreneurship ventures. Besides her revenue from Skinny Bish Keto, which sells an e-recipe book for $9.99, Torrei also earns from her online store. Some of the merchandise's prices available on her online store are listed below:

With such diverse sources of income, there is no doubt that Torrei Hart's net worth has crossed the multi-million-dollar mark. The resilient hustler, Torrei, is expected to raise her net valuation in the upcoming years too.

Kevin Hart's Ex-Wife and A Mother of Two

Aforementioned, Torrei Hart and Kevin Hart met each other at a community college. In an interview with US Magazine, Torrei states that they were 19 and 20 the first time they met, and Kevin was selling sneakers before his stage career. After some years of dating, Kevin Hart was finally pronounced as Torrei Hart's husband on 22 May 2003.

Torrei was 25 at the time of her wedding. The couple welcomed their first child, Heaven Leigh Hart, on March 14, 2005, and their second child, Hendrix Hart, on February 18, 2008. All of Torrei's children are close with their uncle, Robert Hart. 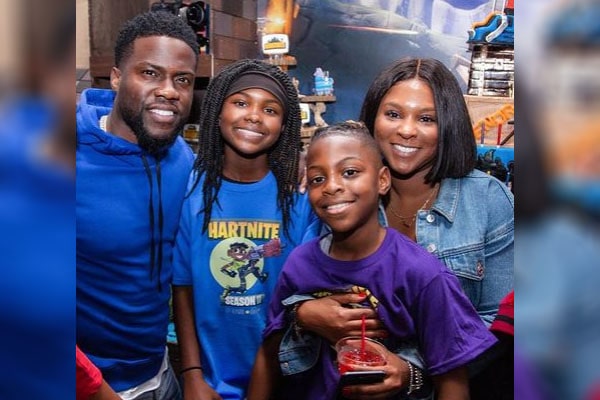 After eight years of their marital relationship, Torrei Hart divorced Kevin Hart in November 2011 following a messy split-up between the two. With negative remarks made by each party, the couple legally separated. According to TMZ, Kevin paid a lump sum of $175,000 as the divorce settlement. Torrei Hart's ex-husband, Kevin, had to pay $19,785 per month as child support for their two children. After finalizing their bitter divorce proceedings, Torrei spoke out, stating "Lies and Infidelity" as the reason behind their broken marriage.

After years of exchanging bitter words for each other, Kevin Hart and Torrei Hart seem to be cleaning up their mess and making it work for their children. At present, Kevin Hart is married to his long-time girlfriend, Eniko Parrish.

Kevin Hart's wife gave birth to their son, Kenzo Kash Hart, on November 21, 2017, and their daughter, Kaori May, on September 29, 2020. Talking about Torrei Hart's current flings, she has been linked up with the professional boxer Claude Staten Jr. However, she has not officially verified her relationship, but news regarding Torrei Hart's boyfriend keeps popping on the web.