The sportsman is currently playing as a midfielder for Archers Lacrosse Club in the Premier Lacrosse League. He joined the team in PLL's inaugural season and has continued becoming a driving force since then. Furthermore, the lacrosse player was also part of the U.S. National Team in 2018. He assisted them in winning a gold medal at the 2018 World Lacrosse Championship.

So, let's dive into more details of this lacrosse star in this biography.

The pro lacrosse athlete was born on February 24, 1992, in East Meadow, New York. He was exposed to lacrosse from a very young age by his dad. Moreover, the young guy began playing at age six and joined the East Meadow PAL team in third grade.

Tom Schreiber's father, Doug Schreiber, played as a midfielder in his college and U.S. lacrosse Team. He is also inducted into the National Lacrosse Hall of Fame. Furthermore, Tom's dad coached him in his childhood and high school years.

Likewise, Schreiber's mother, Liz Schreiber, worked as a service representative. The latter is very supportive of her son's lacrosse career and never misses out on his matches. 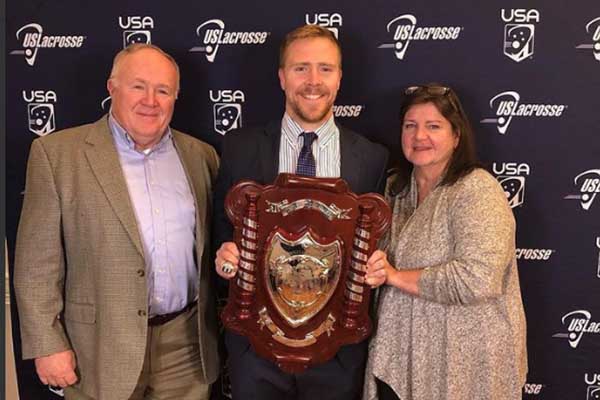 The player's younger sister, Chrissy Schreiber, also played lacrosse at Rutgers University. She is currently serving as a lacrosse coach and yoga teacher.

Tom initially was a tri-athlete and played football, lacrosse, and basketball. However, he began focusing on lacrosse and football at eighth grade in St. Anthony's High School.

Schreiber was named All-America in both junior and senior years. He also led his school to win Long Island Catholic Championship and earned MVP honors.

Tom Schreiber Net Worth And Career

Since beginning his lacrosse career in academic years, the sportsperson has played for many lacrosse leagues. He has also gained much recognition from fans and other athletes after joining PLL.

Alongside fame, Tom must have earned a hefty amount from his playing career. Although he hasn't disclosed it, his contract with Archers LC must be worth thousands of dollars.

Likewise, the pro lacrosse player also has endorsement deals with Epoch Lacrosse, New Balance Lacrosse, Warrior Lacrosse, etc. In addition, he has also joined The Attack Academy App as a coach. Hence, his salary also benefits from these sources.

Thus, Tom Schreiber's net worth must be a notable figure from his profession. Another lacrosse player who has earned a considerable amount from his career is Whipsnakes LC's Zed Williams.

The sportsman played in collegiate lacrosse with Princeton University. He served as a captain two times and recorded all-time leading scores of 200. 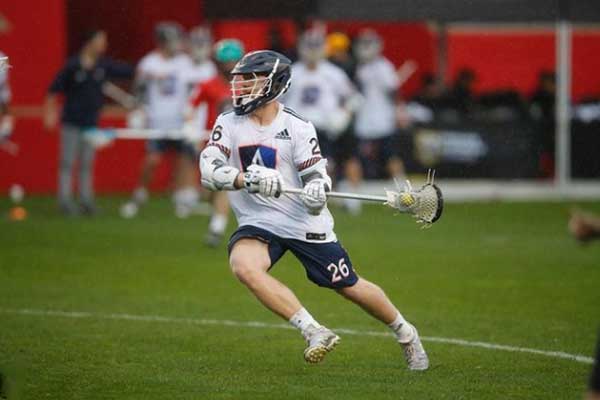 Alongside competing, Schreiber was focused on his studies. His senior year's thesis topic was The Transformation of the CIA: A Look at the Agency Before & After 9/11.

Finally, he graduated with a degree in history in 2014 and started his pro lacrosse career.

The Ohio Machine selected Tom as their first overall pick at the 2014 Major League Lacrosse Draft. He led the team to win the MLL Championship in 2017.

The MLL player was also named MVP in 2016 and 2017. He played with the club for five seasons before switching to PLL. Furthermore, the athlete also joined Toronto Rock in National Lacrosse League in 2016. However, his most notable result is winning the 2017 NLL Rookie of the Year.

Schreiber performed with Archers LC in Paul Rabil's PLL in its inaugural season. He recorded eleven goals and eighteen assists in eleven games in the 2019 season.

Tom led PLL midfielder goals and points in the 2020 season. As a result, he won his second Gait Brothers Award. At present, the player is actively performing with Archers LC. And maybe in the upcoming seasons, we might see Schreiber lifting the championship trophy.

Hence, Tom Schreiber's net worth must have increased alongside his growing career over the years.

Who Is Tom Schreiber's Wife?

As a well-renowned sports figure, Tom has gained fans from all around the world. His followers are pretty interested in knowing whether he is single or not. Speaking of his love life, Schreiber is married to his wife, Kathleen Schreiber.

The pair revealed their engagement via an Instagram post in November 2019. However, both must have dated for a while before that. Furthermore, the couple wedded in October 2020.

Tom Schreiber's wife, Kathleen Schreiber, played field hockey in Princeton University and U.S. Women's National Team. She played with the American team for nine years, making 176 international appearances, including the 2016 Summer Olympics, before her retirement in 2020. 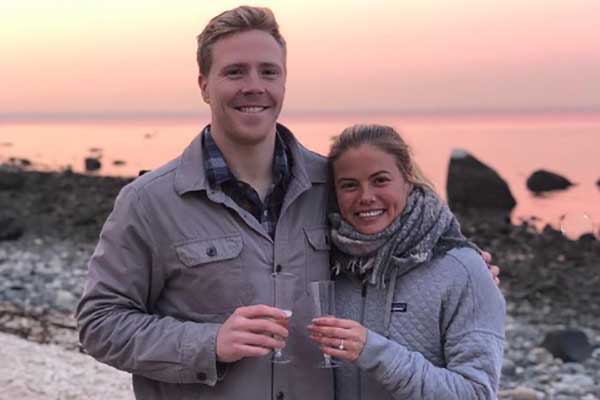 The couple's similar passion has made their relationship stronger. Both are also very supportive of each other's careers.

Going through Schreiber's Instagram account, he rarely posts his partner Kathleen's photos. Nonetheless, he seems to be enjoying a comfortable life with her. Hopefully, we will see him sharing more details about his spouse in the future.