The Premier Lacrosse League is quickly becoming one of the top leagues in the lacrosse world. Its larger salary, more opportunities, and versatile environment have made many lacrosse players shift towards it. And one such individual is Matt Rambo.

The sportsman is not a new face with his many honors and record-breaking scores. He initially emerged as a star athlete in school to later become a well-renowned pro player. Moreover, Matt currently plays as an attackman for Whipsnakes Lacrosse Club. Since joining, he has led the club to two championship wins.

So, let's learn more about this iconic sports figure in this biography.

The lacrosse player was born on July 25, 1994, in Glenside, Pennsylvania. He was exposed to sports at six by his dad and elder sibling. Moreover, Matt Rambo's father, Richard Rambo, owns and runs a landscaping business. The latter trained him on lacrosse, wrestling, and football throughout his youth.

Likewise, Matt Rambo's mother, Annette Rambo, works as an insurance firm's title process management specialist. She is very much proud of his accomplishments over the years. 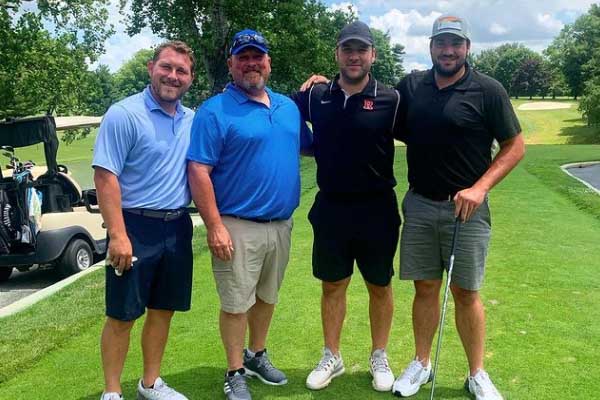 The athlete's brother, Rich Rambo, also played lacrosse at Rutgers University. As a result, the latter has become a role model to his younger brother's persuasion of the lacrosse dream.

The teen honed his skills by playing in many competitions at LaSalle College High School. As a result, he recorded four-time first-team all-state and all-league honorable mentions. In addition, The Times Herald and PhillyLacrosse.com named him the Player of the Year consecutively in 2012 and 2013.

Matt Rambo Net Worth And Career

The sportsperson has amazed the fans with his fast attacks and shooting skills. In addition, his quick reflexes have made him able to gain victory in many of his matches.

From the beginning of his lacrosse journey, Matt has evolved to be a formidable opponent in the field. Alongside his performances, his earnings have also increased by leaps and bounds each year.

The player is sponsored by Hyperice, Epoch Lacrosse, Bose, Legends, etc. His endorsement fees also add up to his salary.

Hence, Matt Rambo's net worth must be an astounding figure from his professional sports career. Another pro lacrosse player who has gained immense success and wealth is Matt Ehrhardt.

The pro lacrosse player enrolled at the University Of Maryland to commit to college lacrosse in 2014. He recorded thirty goals and six assists in his freshman year.

However, the college student got involved in the College Park incident before his sophomore year. As a result, he received second-degree assault charges for the destruction of property. Furthermore, Rambo's coach, John Tillman, suspended him until the judgment. Nonetheless, his charges were dropped, and he fulfilled his community service obligations throughout the year. 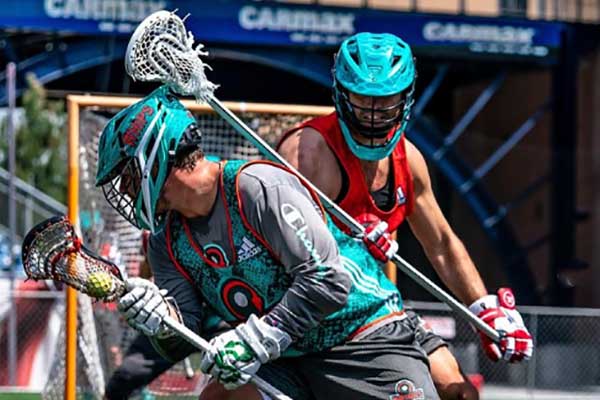 Matt Rambo was suspended from most of the matches after getting second-degree assault charges in 2015. Photo Source: Matt Rambo's Instagram.

The incident taught the player to be more careful and responsible. He continued with this mindset and played in junior and senior years. Moreover, the college athlete became two times USILA All-American and three times NCAA All-Tournament Team.

The sportsperson also became the first Maryland student to receive Tewaaraton Award. Moreover, he led the college to their first NCAA Championship win in forty-two years.

Eventually, Matt graduated with a degree in American Studies in 2017 and began his pro career.

Charlotte Hounds selected Rambo as their third pick at the 2017 Major League Lacrosse Draft. He recorded six assists and nine goals in his rookie year and played with them for two seasons.

The MLL player was drafted by New England Black Wolves but didn't play in his first season. He later competed in box lacrosse with Philadelphia Wings in 2018.

Finally, the Pennsylvania native made his debut in Paul Rabil's newly formed PLL in 2019. He scored league-high forty-nine points and twenty-three goals, and the game-winning goal in the 2019 PLL Championship.

The player's scores led the Whipsnakes LC to win the first PLL Championship. His teammates Joseph Nardella, Kyle Bernlohr, Zed Williams, and others were also responsible for their victory.

The champion again successfully defended his title in the 2020 season. Furthermore, he scored the top twenty-five points and eighteen assists and was named to the All-Tournament Team.

The sportsman's stats include six GP, eighteen P, eleven Ground Balls, and fifteen TO of the 2021 season. He is still performing as one of the driving forces behind his club.

Hence, Matt Rambo's net worth must have also increased alongside his progressing career.

Who Is Matt Rambo's Wife?

The UMD alumni's incredible performances have earned him respect from all other lacrosse players. Likewise, he has gained a massive fandom from his career. So, the questions regarding who Matt Rambo's wife is often popping in the media.

Well, to answer that, the pro lacrosse player isn't currently married. But it doesn't mean he isn't seeing someone right now. Well, he has been dating his partner for some years now.

Matt Rambo's girlfriend, Grace Bowman, often poses alongside him in his Instagram account. The latter also planned a romantic getaway for his birthday weekend in July 2021. 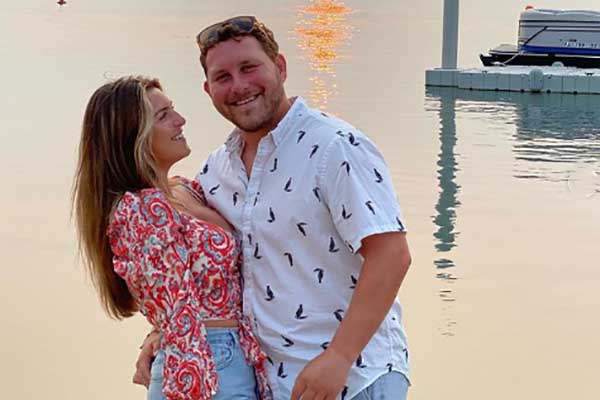 Going through Rambo's social media accounts, he often shares pictures of the couple's vacations and travels. Although his lady love has decided to remain private, she must also love him unconditionally.

The lovebirds haven't shared any details of getting wed at present. But, if everything goes smoothly, the duo might tie the knot in the future. Nonetheless, we wish Rambo the best in both his personal and career matters.