Taylor Dearden Cranston, best known as Taylor Deaden, is an American actress and producer who gained fame for portraying the character Ophelia in the MTV TV show ‘Sweet/Vicious.’ As the daughter of the versatile actor Bryan Cranston, Taylor was familiar with the entertainment industry since she was a child.

Dearden lives a luxurious lifestyle with her family in Los Angeles, California. She made her screen debut in an episode of her father’s show Breaking Bad in 2010. Taylor has also appeared in several movies and short films, such as Calling and Smash Face.

Taylor Dearden was born on 12th February 1993 in Los Angeles, California. Her father, Bryan Cranston, is a renowned actor who won four Primetime Emmy Awards for his appearance in multiple TV series. Also, her mother, Robin Gale Dearden, was also a popular actress by profession. Joseph Louis Cranston, also known as Joe Cranston, is the paternal grandfather of Taylor and a prominent actor of his time. She has an uncle, Kyle Edward Cranston, who has also done few movies and TV shows. With so many renowned actors in her family, there is no doubt that Taylor inherited some acting skills. 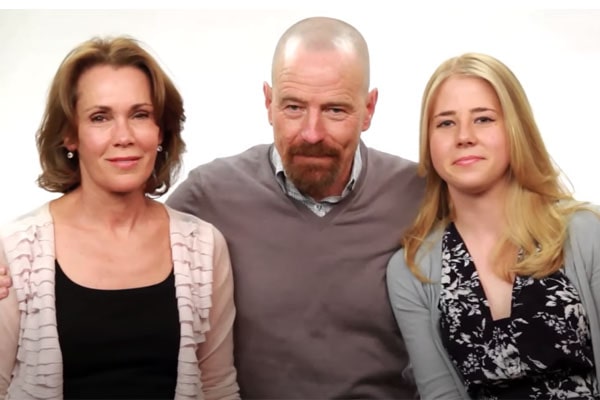 Taylor is the only daughter of her parents and doesn't have any siblings within the family. The charismatic actress graduated from the University of Southern California, earning a bachelor's degree in theater in 2015.

While growing up, Bryan Cranston's daughter, Taylor Dearden, was heavily influenced by her actor parents and soon decided to follow in her parent's footsteps in the film industry. She was a high school student when she made her first on-screen appearance in a TV show. And as stated earlier, she appeared in an episode of Breaking Bad with her father, Cranston, in 2010.

After the series, she portrayed Caroline in the biographical short movie called Calling in 2011. In 2012, Taylor appeared in the comedy genre short movie Red Handed which was directed by Michael Effenberger. Dearden was also the co-executive producer of the Red-Handed.

Moreover, Taylor shared her screen space with Dana Malkin in the drama short movie The Fourth Wall in 2013, which was written and directed by Michael Nader. Between 2013 and 2014, Taylor got an opportunity to star as McKenzie in the web series 101 Ways to Get Rejected.

After landing minor roles in several short movies and TV series for years, Taylor was about to undertake the biggest break of her career. She was recruited for the role of Ophelia Mayer in the MTV action-comedy series, ‘Sweet/Vicious.’ The show was created by Jennifer Kaytin Robinson and aired between November 15, 2016, and January 24, 2017. 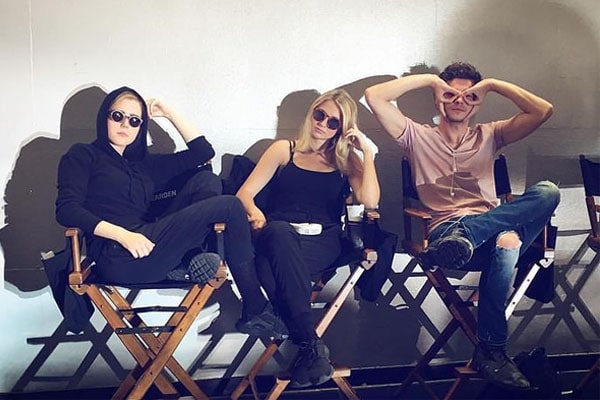 As Ophelia Mayer became a favorite character among the audience, Taylor made her big-screen debut in Chris Sivertson’s ‘Heartthrob’ in 2017. Taylor played the supporting role as Cleo in the movie and shared the screen with several actors like Aubrey Peeples, Keir Gilchrist, Peter Facinelli.

In 2018, Taylor was featured in the second season of the Netflix series, American Vandal, where she played the role of Chloe Lyman. She also appeared in Carrie Brownstein’s musical comedy telefilm ‘Search and Destroy,’ where she shared the screen with Katie Findlay, Aubrey Peeples, and Imogen Tear.

Furthermore, she was featured in The Last Champion and has completed the shooting of the pilot episode of the TV Series 'To Whom It May Concern,' which stars Michael Angarano, Michael Cassidy, and many more.

Apart from acting, Taylor Dearden is also involved in directorial projects. She started her directorial venture with the comedy short movie ‘The Cigarette’ in 2015.

Taylor Dearden Net Worth And Earnings

Taylor Dearden is still young and has not been able to perform in affluent TV series or big-budgeted movies. However, one cannot deny that the young actress has undoubtedly received a fair share from her previous projects.

Being a young actress, Taylor Dearden's net worth has still not been officially recorded in the books. However, the skillful actress has appeared in several series and short movies, which means she could have collected a weighty paycheck as her salary.

With no official recordings of her financial earnings, Bryan Cranston's daughter, Taylor Dearden's net worth and salary could not be put in numbers as of now. However, the gradual development of her career shows that she might soon be on top.

On the other hand, Taylor’s father, Bryan Cranston, has a net worth of $40 million as of now. As a single daughter of a millionaire father, Taylor must have had a lavish lifestyle during her early life. 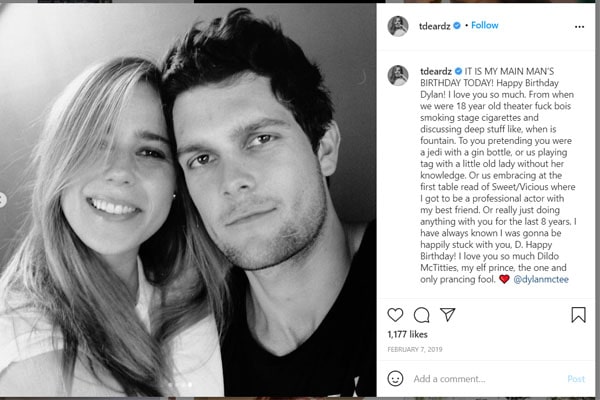 In an Instagram post from February 2019, the talented actress wished actor Dylan McTee, for his birthday. She also revealed that the pair had known each other since they were eighteen and called Dylan her main man. Looking at the loving words by Dearden, it seems like the pair are together.

Like her, Taylor Dearden's alleged boyfriend, Dylan McTee, is also an actor and a model. His latest movie, "Wrong Turn," was released on January 30, 2021. And Bryan Cranston's child, Taylor, is also very supportive and proud of her lover as she is constantly posting about the actor's achievements.

Not only this, but the young actor is also the muse for Taylor. Along with acting, she also has an eye for photography and runs a separate Instagram account for the pictures she captures. And Taylor Dearden's partner, Dylan McTee, is one of her regular subjects.

To sum up,  Bryan Cranston's daughter Taylor is undeniably a talented and stunning actress of her generation in Hollywood.