Silvano Alves is a popular professional bull rider known for his consistent performances and has won several big tournaments in his career so far. Alves has been a recognizable name in the world of rodeo as he has been able to take his game to unimaginable heights. As he is ranked among the best riders in the world, Alves is a veteran athlete with a great pedigree for success year after year.

The sportsman has set a brilliant standard for himself throughout his career with some big ranks over the years. Alongside his career progress, people are eager to understand what goes on in his private life. Despite being a popular name, many still don't know how he operates himself to be one of the most popular bull riders. So, in this biography, let's discuss more about how he is balancing his professional and professional life, and whether he is thinking about retirement.

Was Eight When He Started Riding

Silvano Alves de Almeida Goes was born on November 23, 1987, to Brazilian parents in Pilar do Sul, Sao Paulo, Brazil. He has a sister named Antonielle Alves. Back in the days, people in his homecountry used to ride bulls in contests to earn extra money. Likewise, his family was into bull riding, and it was considered a family sport.

Silvano Alves' father and grandfather both used to farm and ranched for a living. He was only eight or nine when he was first attracted to the sport. Following that, he started learning from his granddad, dad, and uncles. However, the rider's mother, Angela Alves, initially didn't want him to ride bulls. So, the former used to sneak away and rode his bikes to test his skills against the calves in nearby farms. 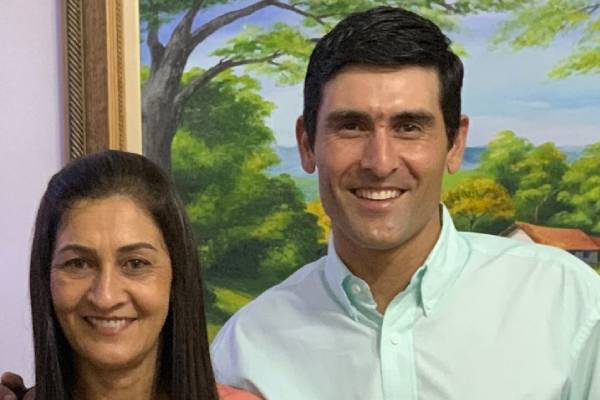 It all came to an end after the young guy cut his ear during one of his escapades, and his mama had to take him to the hospital. Afterward, his parents allowed him riding but asked him to wear a helmet. Later, he started his professional career in Brazil at 15 and is now among one of the successful athletes on the Professional Bull Riders (PBR) circuit.

Brazil is one of the biggest bull riding hubs in the world, as a lot of talents have come from there. From the likes of Eduardo Aparecido, Dener Barbosa, and Guilherme Marchi, the country boasts a wide number of PBR riders. Alves claims Brazilians' success in rodeo comes from being humble and hard-working. He admits that for him and many riders, it's about family and taking advantage of a given opportunity.

Furthermore, Alves adds that getting a chance to come to the United States and compete is most of the Brazilian riders' dreams. Talking about his own experience, he mentioned that he had to adjust to everything after coming to the US, and learning English was another hurdle he had to clear. But, now he is well settled with his family and living a wonderful life.

What Is Alves Famous For?

Silvano is famous for winning the PBR World Finals three times and is the first rider to win the world championship in consecutive years. He became a world champion in 2011, 2012, and 2014. Besides, he was also named Rookie of the Year in 2010.

The cowboy is one of only two bull riders to be honored with Rookie of the Year and named World Champion in consecutive years. Having won more than 25 events, he is considered to be one of the highest-earning bull riders of all time.

Silvano Alves Net Worth And Career

Having started his professional bull riding journey when he was just a teenager, Alves has managed to build a fantastic career over the years. He ranks second among the highest earners of all time in the sport and has completed 28 ninety points rides with a ride percentage of 53. Hence, Silvano Alves' net worth must be massive.

As mentioned earlier, Alves has had several accomplishments in his life, including winning twenty-nine events in his career with a total of 1,320 outs. He has garnered 135.16 points in the 2022 season finishing inside the top 40 in his depleting years, or so some say. When he ruptured his kidney in 2019, there were many inquiries about his retirement. However, he refuted that he had no such plans.

Here are some of Silvano Alves' career earnings:

As mentioned earlier, the Brazilian rider won the PBR World Finals thrice. He also claimed another Last Cowboy Standing victory in 2013. Aside from that, he has won PFI Western Invitational, Chicago Invitational, Table Mountain Casino Invitational, and more. With all these wins, Silvano Alves total earnings has climbed up to $6.36 million.

The cowboy is also endorsed by Cooper Tires, Discount Tires, Wise Choice Custom Meats, etc. Combining his prize money and income from other endeavors, Silvano Alves' net worth must be a significant sum.

Together With His Wife For Almost Two Decades

Alongside having a successful rodeo career, the rider is enjoying a happy marital life as well. He has been married to his beautiful beau Evelin Goes, for over a decade, having tied the knot in December 2008. However, the pair have been together for 18 years as of now. 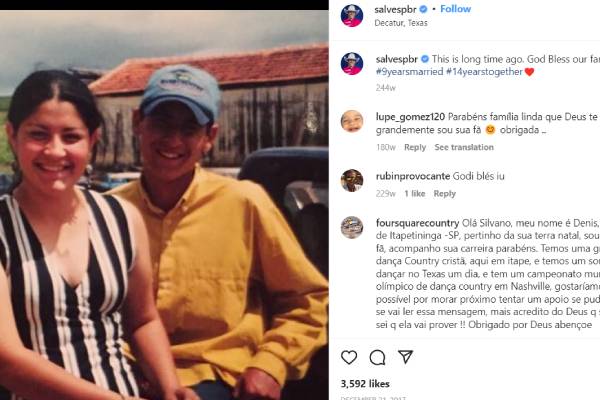 Silvano Alves' wife is quite a supportive influence in his life and can be seen in several of his rides. Having spent such a long time together, the pair must know each other particularly well. The rider often posts photos with his dear partner expressing his love and affection for her.

Daughter Is A Rodeo Rider As Well

Alves is an extremely dedicated dad as he takes proper care of his two children and makes sure they are doing well in what they love. Did you know Silvano Alves' daughter, Hanyelle Agustinho de Goes, is an up-and-coming rodeo rider? She is following in her father's footsteps and made it to state finals in her first year.

Hanyelle was born in August 2009 and is the firstborn of her parents. Likewise, Silvano Alves' son, Eduardo Goes, who arrived two years after his sister, is also involved in rodeo. Both of the children were born in Brazil and are now studying in the US. 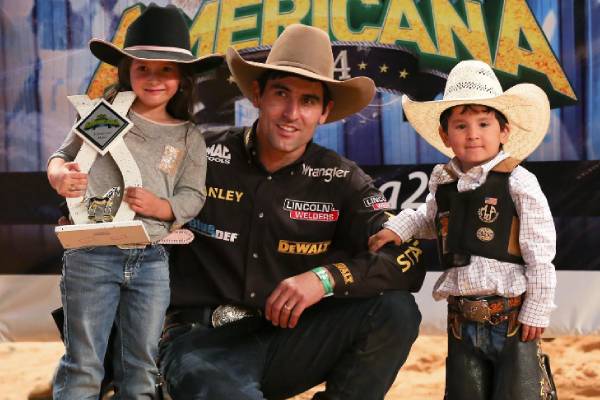 Both of Silvano Alves' children are into rodeo and his daughter has competed in some tournaments as well. Image Source: Silvano Alves Instagram.

Overall, Silvano and his family have been living a comfortable and content life with each other. He has won a lot of titles and still looks hungry for more. So, let's hope he can keep doing that and keep his family happy for all the days to come.

Since he has mentioned that retirement is not on the cards any time soon, fans can expect to watch him more in the coming years.