Ryan Stevenson is a well-known singer, composer, and guitarist from the United States specializing in contemporary Christian and worship music. Ryan is also renowned for his debut studio album Fresh Start, published in 2015.

Ryan Stevenson received the Pop/Contemporary Song of the Year award for his chart-topping single Eye of the Storm at the 48th Annual GMA Dove Awards. Though many people know about the musician through his works, few know about his personal life. So let us learn about Ryan Stevenson in this biography.

Ryan Stevenson's parents raised him in the church introducing him to hymns at a young age. However, it was not until he turned 18 that Ryan was given his first instrument, a guitar. 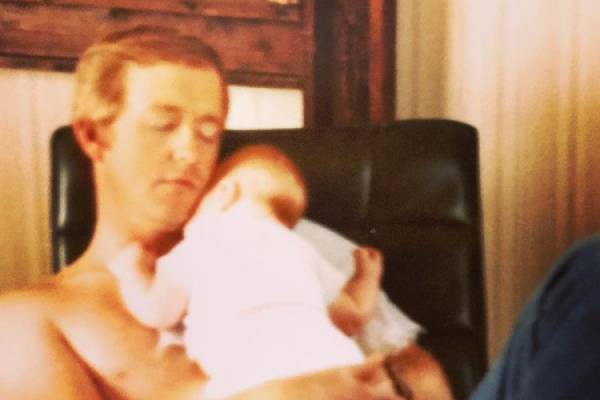 Stevenson and his roommate, Paul Wright, attended Northwest Christian College to develop their musical skills. The pair formed a small band in Eugene, Oregon, specializing in acoustic music and performed at local eateries.

Stevenson's sister, Janay, is married to Kelly Hess and is a stay-at-home wife and a mother of five. His sister, who used to hang out with him backstage before his performances, appears to support his career choices.

On October 14, 2018, the singer posted an adorable picture of himself with his dad with the most heartwarming caption. Even though the musician rarely mentions his father on his Instagram, it is clear that he is close with his dad.

Ryan Stevenson's mother was very dear to him and always encouraged him in his chosen profession. Because he grew up listening to his mother's prayers and encouragement, the singer credits his musical ability to her. 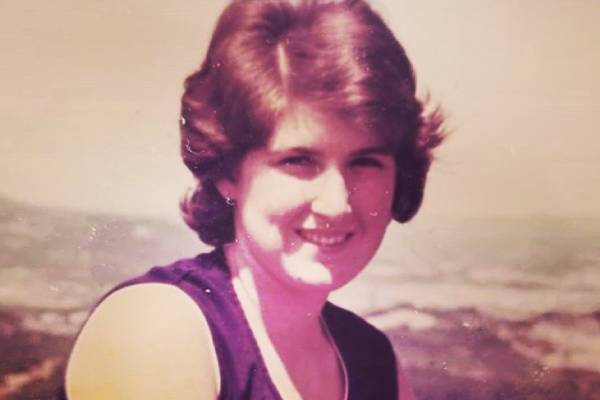 Ryan Stevenson credits his musical ability to his late mother and even wrote a song for her. Image Source: Ryan Stevenson Instagram.

The singer was only 30 when he lost his mother. However, even when facing impending death, Ryan Stevenson's mother was pouring words of encouragement and healing into him, telling him that it was okay to cry, grieve, and break apart. These words were subsequently used in the artist's song When We Fall Apart, which was released ten years after her death.

Stevenson is fortunate to have had such a wonderful mother. His mother's death must have been agonizing for him, yet the artist never gave up on his dream of being a musician owing to her constant encouragement.

Career As a Musician

As previously stated, Ryan Stevenson began his musical career by singing with his high school classmates on local stages. Stevenson relocated to Boise, Idaho, in 2003, where he continued to write songs and play in small venues.

However, as a professional singer, Ryan Stevenson's debut album, Running to You, was published much later on June 12, 2007. In 2010, he released his solo album The Undiscovered. He also released three extended plays, including Yesterday, Today, Forever, which was released on February 15, 2011. 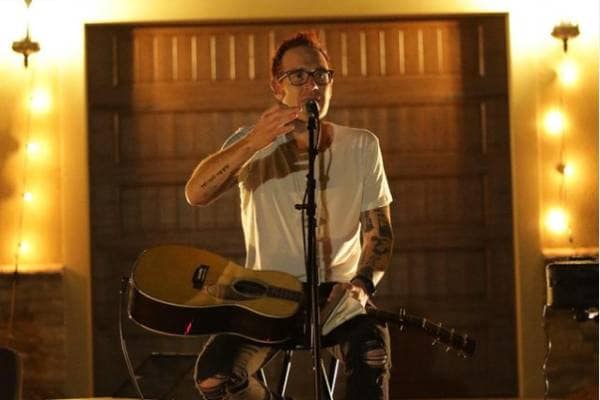 On July 1, 2012, the artist released his second EP, Champion of the World. On September 10, 2013, Gotee Records, Ryan's record label, published his third extended play, Holding Nothing Back.

Ryan Stevenson's first studio album, Fresh Start, was released on September 18, 2015. The album featured the popular song Eye of the Storm, which remained at the top of the charts for 16 weeks in 2016. The song was nominated for two 2017 K-LOVE Fan Awards and a 2017 Billboard Music Award for Top Christian Song.

Some of his other songs, along with the release dates, are:

Some of Ryan's recent songs are With Lifted Hands, Home for Christmas, and Amadeo. With his prospering career, the singer will undoubtedly produce more award-winning songs in the future.

Ryan Stevenson Net Worth and Earnings

The singer has nearly two decades of experience in the music industry. As a result, Ryan Stevenson's net worth is primarily based on his work as a singer-songwriter. However, the artist decides to keep his private details hidden from prying eyes.

The musician has performed in front of thousands of people on numerous stages. With Stevenson's popularity on the rise, he must charge a nice sum for his shows. Till now, the artist has released more than ten popular hit songs. As a result, Ryan Stevenson's fortune must have risen dramatically with each hit song. 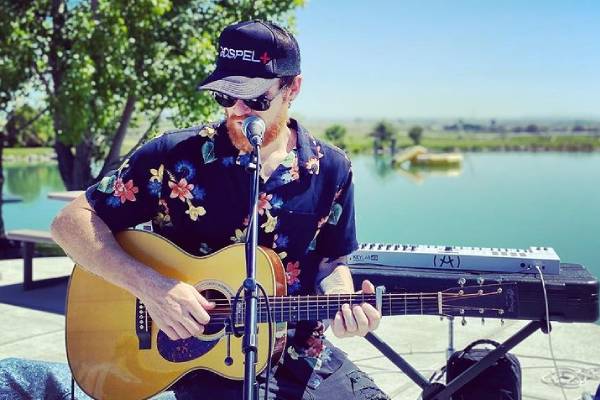 Ryan Stevenson's net worth is primarily dependent on his work as a singer-songwriter. Image Source: Ryan Stevenson Instagram.

Apart from singing on stage, Ryan also has a YouTube channel with around 114K subscribers. According to the Social Blade, the singer's annual earnings ranges from $3.1K to $50K. Stevenson's YouTube videos, which feature his music, have received millions of views. Ryan Stevenson's net worth must be skyrocketing as his YouTube channel grows larger.

The singer enjoys traveling to new places and performing with others. As a result, he could have made a lot of money on his journeys. Clearly, the fortune he has amassed from his career allows Ryan to travel to different destinations and live a luxurious life.

Although Ryan Stevenson has not found mainstream fame, his musical career still has a long way to go.

Married and a Father of Three

The singer has been married to Kimberly Cay for the longest time. The couple resides in Boise, Idaho, with their children. The pair have two sons Keegan Stevenson and Joey Stevenson, and a daughter. On June 5 of 2020, Ryan Stevenson's wife gave birth to their third child, Birdie Rae Stevenson. Going through Ryan's Instagram posts, the family is living a comfortable lifestyle. 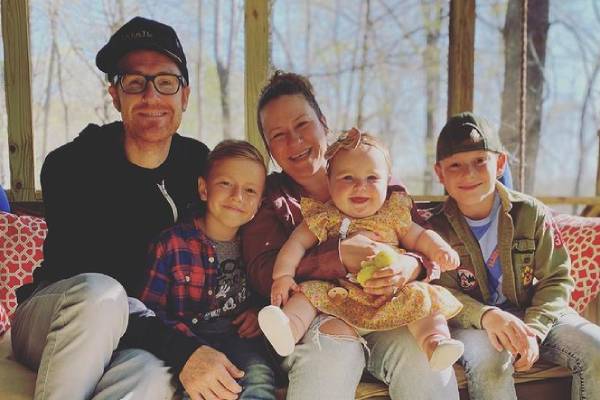 Ryan Stevenson and his wife Kim welcomed their new baby girls on 5 June, together with their two boys. Image Source: Ryan Stevenson Instagram.

Ryan shares his passion for singing with his children by bringing them to his concerts and live performances. It is only natural for boys to look up to their fathers, and having such an incredible singer as a father will surely inspire them. So it is likely that one of Ryan Stevenson's sons may follow his father's footsteps and pursue a career as a singer.

On the other hand, Ryan Stevenson's wife seems like someone who doesn't like to show her personal life to the public and even has a private Instagram. The artist, nevertheless, does not hesitate to share romantic posts for his wife on his Instagram. The couple is having the time of their lives, enjoying each other's company. We hope to see more insights into their personal lives over time.

Paul Timman is an American tattoo artist. He is one of the famous tattooists of Sunset ...

Wally Funk is an American aviator and flight instructor. She has taught more than 3000 ...