Quincy Tyler Bernstine is not a new name in Hollywood. She has been giving fantastic performances for more than a decade. Moreover, the actress is recognized for her realistic acting and portrayal of her characters. She can blend perfectly into any role given to her.

The talented actress is best known for her roles in Power and its sequel, Power Book II: Ghost. The latter's season two is set to air in November 2021. Furthermore, the performer is the winner of the 2009 Village Voice Obie Award and the 2012 New Dramatists' Charles Bowden Actor Award.

So, let's get to know more about Quincy Tyler Bernstine's career beginning and progress in this biography.

Quincy Tyler Bernstine Comes From A Family Of Lawyers

The actress was born on March 27, 1974, in Madison, Wisconsin. She comes from a loving and educated family. Quincy Tyler Bernstine's late father, Daniel O. Bernstine, was the head of the International Law School Admission Council. He also previously served as the president of Portland State University. 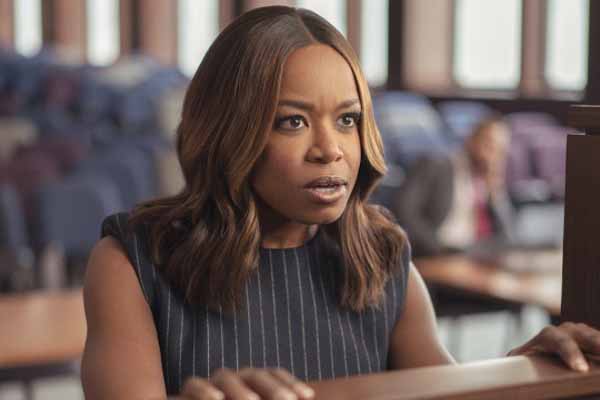 As a child of a lawyer family, the artist wasn't interested in the film industry. However, she did perform some one-acts while attending Georgetown Day School. Moreover, after completing high school, Quincy enrolled in Brown University. She majored in public policy, intending to become a lawyer.

During her college years, Bernstine began to participate in college plays which made her smitten with acting. Then, her professor Lowry Marshall encouraged her to audition for drama schools.

The actress did and got accepted to the University of California San Diego. As a result, she changed her major and honed her acting skills at the university. Eventually, she graduated with a Master of Fine Arts (MFA) in 1999.

Quincy's passion and professionalism have made her every director's no.1 choice. As a result, she has worked on more than thirty movies and television series in her career. Moreover, the film star has performed on numerous off-broadway productions.

Hence, Quincy Tyler Bernstine's net worth must be a notable figure thanks to her successful acting profession.

Quincy began her career by starring in Much Ado About Nothing at Long Wharf Theatre. She soon began acting on playwrights such as Mr. Burns, Far From Heaven, Neva, Red-Handed Otter, etc.

Furthermore, the American actress' most significant role was in the 2009 play Ruined. For her amazing performance, she received an Obie, Audelco, and the Clarence Derwent Award.

The theatre actress made her television debut with the Chappelle's Show in 2004. Although she only appeared in one skit, she gave an iconic performance. Afterward, she acted on another famous tv series, Law & Order: Criminal Intent.

Since then, the television personality has starred in Great Performances, The Leftovers, The Strain, Blue Bloods, The Good Wife, etc. In addition, she acted in ten episodes of Ray Donovan. Another actress with many television series credentials is Jurnee Smollett Bell.

Quincy got her breakthrough after being cast in Power in 2017. She portrayed the role of Tameika Washington, a former prosecutor for the Eastern District of New York.

Furthermore, the tv star's law background made her performance even more outstanding. As a result, she is also a regular cast member of Power Book II: Ghost.

Thus, Quincy Tyler Bernstine's net worth must have increased alongside her progressive television career.

After acting on several tv shows and off-broadway productions, Bernstine made her move to the silver screen. Her first acting role was in Rachel Getting Married in 2008. Furthermore, the newcomer joined some of Hollywood's greatest names, such as Anne Hathaway, Rosemarie Dewitt, Debra Winger, and others.

The movie star has also starred in Tariq Nasheed's Da Sweet Blood of Jesus. Some of Quincy's acting projects and their box office collections are listed below:

As a part of such commercially successful film projects, Quincy must have received her fair share. She also has an upcoming movie, The Tender Bar releasing on December 22, 2021.

The average salary of an actress is $44 per hour and $91,401 a year. However, with her many years of expertise, Bernstine's salary must be more than the given range.

Hence, Bernstine's income must be enormous from her acting career.

Who Is Quincy Tyler Bernstine's Husband?

The gorgeous artist has won the hearts of many people with her incredible acting skills. Her fans are always eager to know more about anything related to Quincy. Moreover, they are also curious whether Bernstine's married or in any relationship. To answer that, yes, she is happily married to her partner.

Quincy Tyler Bernstine's husband, Rick Hall, is a CNN cameraman covering breaking news. He is often seen on media alongside his wife.

The couple married in September 2018 on a rooftop venue in Brooklyn. However, they only went on honeymoon to St. Kitts a few months later. 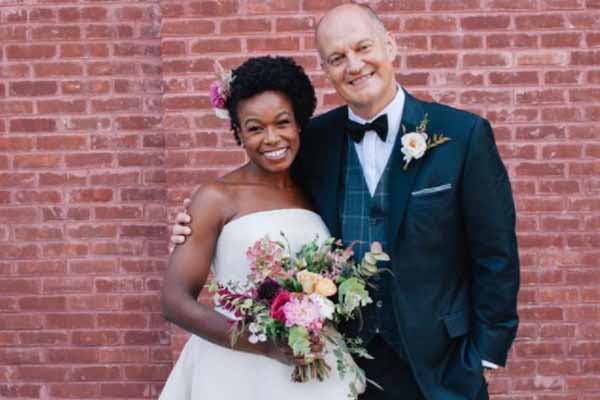 The pair are highly supportive of each other careers. Both often attend film premiers and public events together. Furthermore, the duo doesn't have any kids as of yet. But, Bernstine adores her niece Olivia Bernstine Chalian. So there is no doubt she will be a great mother if she chooses to be.

Quincy Tyler Bernstine has come a long way from her off-broadway days to being a Hollywood star. Her hard work and commitment have inspired many other young actors and actresses. Hopefully, her upcoming projects will receive much love and appreciation from the audience.

Darah Trang, aka Darah Mount Trang, is a Canadian-born photographer and a famous homemaker. ...