Paul John Doucette, better known as Paul Doucette among his fans, is an American musician who gained fame for being the drummer of the widely acclaimed band Matchbox Twenty.

Although Paul began his profession as a drummer, he later broadened his horizons and learned to play a wide range of instruments. Additionally, he even performed as the band's rhythm guitarist and backup vocalist.

Doucette has come a long way in his music career, from performing his first melodies on drums at the age of 13 to earning a record deal with Atlantic Records.

However, only a few are aware of the hardships Paul, the former son-in-law of prolific artist Frank Zappa, endured to earn his spot in the industry. So, sit tight as we uncover Paul Doucette's biography and talk about his personal and professional life.

The celebrity artist, Paul, was born on August 22, 1972, in North Huntingdon, a beautiful and populous city in Pennsylvania. He grew up surrounded by music and developed an interest in the field from an early age.

Doucette began playing the drums at the age of 13 years. Since then, Paul routinely exercised his drumming skills after school hours. The young drummer realized in his early days that he wanted to be a musician. In an interview, Paul mentioned that he even wanted to form a band with his hometown friends who played guitars.

Paul was enrolled in Norwin High School at the time. And once the aspiring artist turned 18, he moved away from his hometown and settled in Orlando, Florida.

Paul spent most of his time in Orlando working at the record store. His dream of becoming a renowned musician seemed blurry after his unsuccessful search for a musical band to join. Nonetheless, things turned out differently when Doucette responded to a newspaper ad looking for a drummer.

Paul Doucette joined Tabitha's Secret as a second percussionist in September 1990. Yet barely a year later, he had entirely replaced the band's original drummer, Chris Smith. With his drumming abilities, the young artist impressed all the band members and quickly established himself as a crucial part of the group.

Despite the initial success, Tabitha's Secret disbanded after Doucette, along with Thomas and Yale, left the band. They signed a seven-album deal with Matt Serletic of Atlantic Records. In addition, the trio was introduced to Adam Gaynor and Kyle Cook as their guitarists and formed a new band called Matchbox Twenty in 1995. 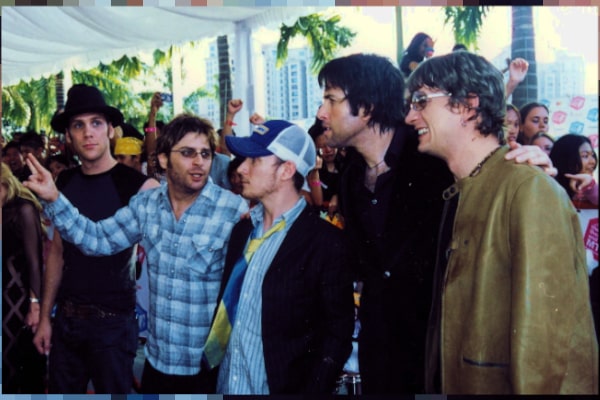 Yourself or Someone Like You is the band's first album released a year later and has sold over 15 million copies since its initial release. Matchbox Twenty found even more success after releasing its second album, Mad Season, in 2000. The album climbed up to number three on the Billboard 200 chart.

As Matchbox Twenty established itself as a prominent music band in the industry, Paul Doucette gained even more recognition as a versatile and adept instrumentalist.

Concurrently, Paul Doucette scored roles as a music composer in movies such as Just Pray (2005), Transgressions (2006), Shredderman Rules (2007), etc. Furthermore, he started a side project and put together a band named The Break And Repair Method. He acted as the frontman of the band and released the maiden album Milk the Bee.

Despite the band members' uncertainty, they reassembled and released their fourth studio album, North, in 2012. Their return album debuted at the top of the Billboard 200 chart.

Paul Doucette Net Worth And Earnings

Throughout Paul's career, he has produced more than 50 songs and played for several bands. Given his success and achievements in the profession, Paul Doucette's net worth must be pretty significant.

Paul's income mainly comprises album sales and concerts. According to the official statement released by Matchbox Twenty, the group has sold over 40 million records worldwide. Consequently, riding on his band's accomplishments, Paul has been able to amass a sizable fortune. 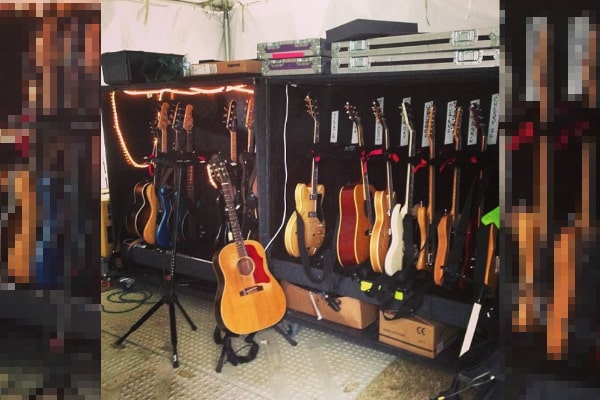 Besides, the salary Doucette earned from his career as a music producer has increased his revenue. In addition, Celebrity Net Worth states that Rob Thomas has a net worth of $17 million. Since Thomas is Paul's bandmate since 1990, we can assume that he has similar assets.

Additionally, Doucette agreed to pay $8000 per month in spousal support and another $6000 per month in child support to Moon Unit Zappa after their divorce. Thus, these payments are bound to affect Paul Doucette's net worth.

Although Paul has not spoken about his wealth publicly, we can be sure that he is living a lavish life of a celebrity.

During Doucette's prime time as a Matchbox Twenty drummer, he met Moon Zappa. She is an American actress and author, famously recognized as the eldest child of rock-and-roll musician Frank Zappa.

The couple fell in love and developed an intimate relationship. After a couple of months of romance, Doucette and Zappa got married in June 2002. The duo welcomed their only child two years later, whom they named Matilda Plum Doucette.

Unfortunately, after nine and half years of marriage, Paul Doucette's then-wife, Moon, filed for divorce in early 2012. According to the court documents, Zappa had cited irreconcilable differences as the reason behind their separation.

It took two years for the divorce papers to finalize, and the couple officially split in 2014. Furthermore, the court decided that their daughter Mathilda will live with her mother.

Following Paul's divorce, the musician married Erin McColl in July 2015. According to various sources, the duo dated for two years before getting married.

The pair have kept their marriage private for many years, with Paul rarely posting Erin's photo on social media. Furthermore, their children have not mentioned any part of the internet, so it is plausible that they do not have any. Even if Paul and Erin have children, they have managed to keep them away from the media and the paparazzi.