Matthew Alan first came into the limelight in 2013 after the television commercial he starred in; The Luck Chair, was aired during the Super Bowl. However, even before the Bud Light beer commercial, Alan had already worked on several television shows and movies and even produced a short film.

Apart from his professional life, the American actor is also recognized as the husband of Camilla Luddington. Camilla is best-known for her role as Jo Wilson and the voice of Lara Croft in the Tomb Raider video games. Due to her popularity, many of her fans are interested to learn more about her husband. So. let's dive into Matthew Alan's biography and his other professional and personal details.

Matthew Alan was born Matthew Gerbig in Evansville, Indiana. As for when Alan celebrates his birthday, well, it is a mystery. Some site suggests that he was born on 1979 while others say that his birth year is 1980. Nevertheless, it is clear that Alan is in his forties and is enjoying his life.

Just like the information about his birthdate, Matthew Alan's parents Karen Gerbig and Larry Gerbig, are also a big mystery. Both of them still live in Evansville, while Matt moved to LA to pursue a career in the industry. Therefore, not much is known about his childhood and his family members.

As an Evansville resident, Matt attended Reitz High School and graduated in 1996. He then enrolled in Western Kentucky University and earned his Bachelor's degree in 2000. In an interview with Daily Actor, Alan revealed that he was studying to become a teacher. He had also started his master's degree studies and was working in speech, debate, and public speaking. 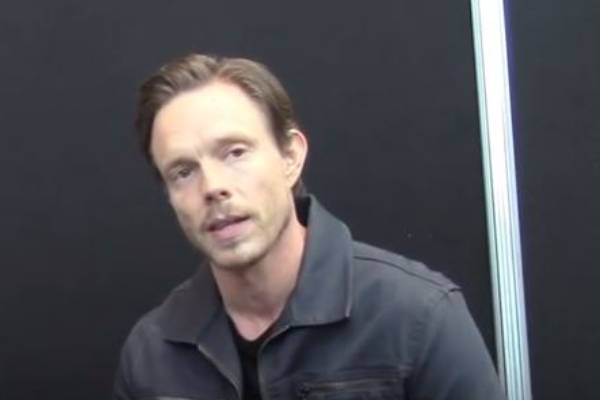 Matthew Alan was studying to become a teacher before embarking on a career in the entertainment industry. Image Source: Social Media.

However, he found himself working in the play The Laramie Project and fell in love with the process of acting and performing. He then enrolled at the Academy of Dramatic Arts, where he took acting classes to sharpen his skills.

Aforementioned, Matthew Alan found fame due to the Bud Light beer commercial, which aired in the 2013 Super Bowl. But he was already working as an actor and also producing short films at the time. Alan had been interested in acting from an early age, and he was on the Speech team in both high school and college.

Matthew Alan's career in the entertainment industry started in the early 2000s when he starred in the movie Charlie's War as Lt. Walton. He then worked on the film Bell Witch Haunting, and the short movie Call Me Sugarplum. He has since worked on several feature films like The Shadows of Ants, Walking the Halls, Red Tails, and Trust Fund.

While Camilla Luddington's husband has appeared in several movies, he gained recognition through his television career. He made his small-screen debut in 2006 in the documentary Untold Stories of the ER. He then played the character, Danny, in the series Ghost Whisperer: The Other Side. After this, Alan had guest appearances in many shows, some of which are listed below:

In 2017 Matthew Alan also appeared in few episodes of the controversial show 13 Reasons Why. His character, Seth Massey, was also included in the series' second and third seasons. He was then cast as Chris Merrill in the Hulu show, Castle Rock which is his most notable body of work till now. Alan has also starred in a few episodes of the crime drama Snowfall.

All of these works have helped established the actor in the industry and also earn him millions.

Matthew Alan Net Worth And Earnings

As mentioned above, Camilla Luddington's partner has been working in the industry since the early 2000s. As a result, Matthew Alan's net worth is estimated to be around $2 million as per Celebrity Net Worth. With more than fifty acting credits to his name, there is no doubt that the talented actor's fortune mostly comes from his career in the entertainment business.

Matthew's first project in the industry was the movie Charlie's War which made a decent amount in the box-office. Alan has since starred in more than ten feature-length films, many of which grossed a considerable sum. Given below are some of the movies featuring Mattew Alan and their respective box-office collection:

Since Matthew Alan played significant characters in the above-mentioned movies, he must have been paid a considerable sum for his works.

Not only movies, but the Castle Rock star has also amassed a fortune through his television career. As per PayScale, on average, a television actor earns $50,608 per year in the US. And since Matt has been a part of many shows over the years, his earnings must be in a similar range, if not more.

Along with the base salary, the American actor might have also pocketed a bonus amount for his work. And since he has worked on a few commercials, Matthew Alan's net worth also includes the salary he received from these projects. As for his wife, Camilla Luddington's net worth is estimated to be $2 million.

Is Married And A Father Of Two

Matthew Alan is not just a talented and hardworking actor, but he is also a loving husband and a father of two. Alan married the well-known actress Camilla Luddington on August 17, 2019, after being in a relationship with her for several years. The pair first met while working in a restaurant and started dating soon after.

The loving couple has been with each other through all the ups and downs of their career. The now-married duo got engaged on New Year's Eve, and Matthew Alan's wife, Camilla, revealed the happy news in January 2018. Even before their engagement, the pair had already become parents to a beautiful baby girl named Hayden Alan, who was born on April 11, 2017. 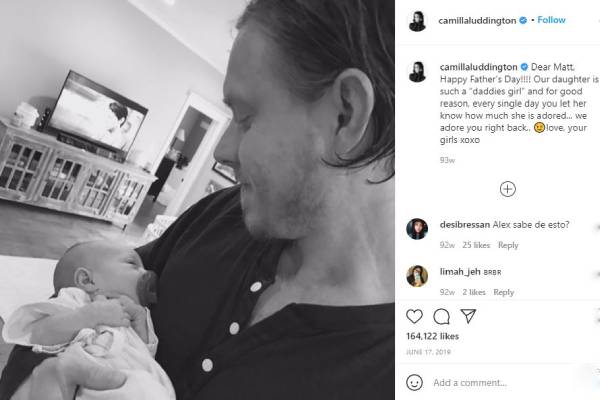 Matthew Alan's daughter, Hayden, is now an older sister as his wife gave birth to Lucas Matthew Alan in August 2020. The Luddington-Alan family are happily living their lives and are enjoying every moment together.