Premier Lacrosse League (PLL) has seen many incredible talents since its formation. It provides better salaries, opportunities, and platforms than other lacrosse leagues, attracting many players. And joining the bunch is Lyle Thompson.

Like others, the sportsman began his career in Major League Lacrosse (MLL) right after graduation. He also gained fame by playing for Georgia Swarm in National Lacrosse League (NLL). Finally, he made his long-awaited debut in PLL with Cannons Lacrosse Club in 2021.

The lacrosse pro's journey till now is fascinating and influencing for all newcomers. If you want to know too, then keep reading down this biography.

The PLL player was born on September 9, 1992, in Onondaga Nation, New York. He is a proud Native American who takes great pride in his indigenous heritage.

The athlete also admits his beginning in lacrosse is tied to his culture. For instance, in an Iroquois tradition, when a young male is born, he is given a wooden stick. In addition, lacrosse is a major game played in Native American communities.

Lyle Thompson's father, Jerome Thompson, handed him a lacrosse stick the day he was born. He also played lacrosse and passed his skills to his children.

Likewise, Lyle Thompson's mother, Doloris Thompson, must have supported his lacrosse passion wholeheartedly. He also has a sister named Crystal Thompson, now Crystal Hemlock, who is married and is a mother of five.

The athlete's elder brother, Jerome Thompson Jr., aka Hiana Thompson, is a professional lacrosse player who plays for Georgia Swarm in NLL. He is also a dad of two sons and two daughters. 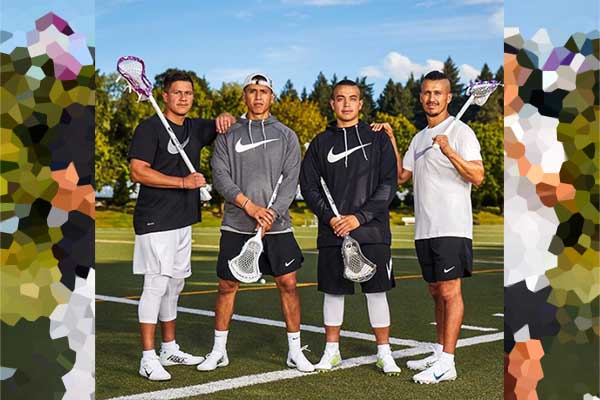 Lyle's second brother, Jeremy Thompson, plays for the Panther City Lacrosse Club in NLL. He is a father of three children.

Thompson played lacrosse together with his siblings from a young age. He initially faced racist insults and discrimination in school and often fought. However, he eventually put his hostility away and pursued lacrosse entirely in high school.

Lyle Thompson Net Worth And Career

After completing school, Thompson enrolled at the University of Albany and played collegiate lacrosse. He set the new record of career points 400 and assists 225. In addition, he earned First-Team All-America honors, America East Player of the Year, All-Conference Team, etc.

The lacrosse star also became the first player to win Tewaaraton Award consecutively in 2014 and 2015. In addition, he shared his first Tewaaraton Trophy with his elder sibling, Miles. Eventually, he graduated with a sociology degree in 2015 and began his pro career.

The LaFayette alumnus made his MLL debut with Florida Launch in 2015. He joined his siblings Miles and Jeremy in the team and played alongside them. Moreover, the player played two seasons before being traded to the Chesapeake Bayhawks of MLL.

Let's watch some of his MLL highlights below:

The lacrosse player was the first pick in the 2021 PLL Draft and joined Cannons LC. His stats for the 2021 season includes twenty-one groundball, thirty turnovers, ten assists, sixty-seven shots, etc.

Alongside earning numerous honors, the athlete's income must have also increased. LaxWeekly states NLL player's average salary to be $19,135, and ZipRecruiter estimates the PLL player's average pay to be $64,632 annually. As he is a player of both leagues, Thompson's salary must be pretty high.

Hence, Lyle Thompson's net worth must be a considerable sum from his pro lacrosse career. Another person who has earned a fortune from his sports career is former MLL player Michael Powell.

The pro lacrosse player has teamed up with his brothers to launch Thompson Brothers Lacrosse. It is a lacrosse gear and sporting goods internet retailer. In addition, it sells lacrosse apparel, footwear, and other items.

Some of their prices are listed below:

The company also organizes lacrosse camps and clinics all around the state. It is available for boys and girls above nine years to eighteen. Furthermore, Lyle and his brothers coach all the students personally.

Thus, Lyle Thompson's net worth benefits from his income from his lacrosse business.

Lyle Thompson Is A Married Man

The Cannons LC player has created a massive fandom with his incredible playing skills. Fans are naturally curious about everything related to their idol, including their relationships. Likewise, we often see questions about Lyle Thompson's wife or partner on the Internet.

Speaking of relationships, the sportsman is happily married to his lovely spouse. Lyle Thompson's wife, Amanda Thompson, is a fitness enthusiast who often shares pictures of her workouts. She also seems to enjoy doing Yoga going through her Instagram posts. 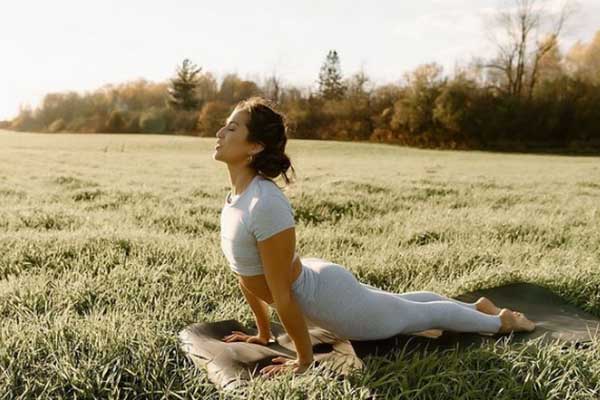 The pair hasn't opened up about their first encounter or when they married. But both must be enjoying a comfortable life together and living happily.

Likewise, the couple rarely appears on media together. But both occasionally share pictures of their holiday celebrations or travels on social media.

Lyle Thompson Is A Father Of Five

While he doesn't pose much with his lady love, Thompson makes up for it by appearing next to his kids. He is a loving father of five adorable children.

Lyle's firstborn, Godęhao:t Thompson, was born in October 2011. She is a competitor and hates losing more than winning. In addition, she is heavily influenced by her mother and often wears her clothes. 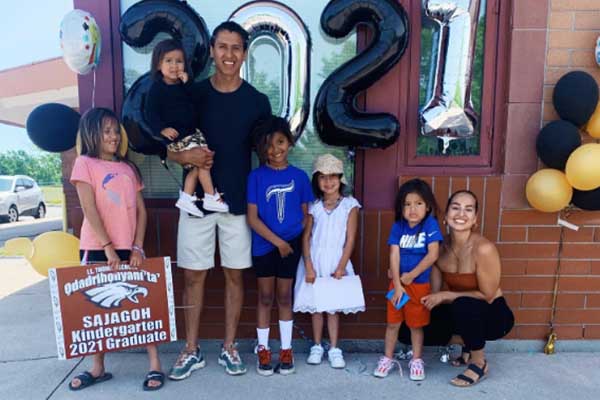 Thompson's youngest baby girl, Akoa Thompson, was born in February 2019. She is adorable and is a bubba's girl.

The lacrosse pro proudly shares pictures of his kids playing, hanging out, etc., on his Instagram account. He prioritizes his family and always tries to be a good dad.

We wish the Thompson family happiness and success in the days ahead.