Kenneth Dwayne Whitaker is a former actor who took on roles in the 1990s and early 2000s. Image Source: CaymanMarlRoad on Facebook.

Hollywood is a place where many aspiring entertainers have dreams to make it big. Some do, while others don't. Even when two aspiring actors come from the same household, there is a huge chance that one will find fame while the other has to remain in the shadow of their relative. Similar is the case in the Whitaker family.

Actor Kenn Whitaker is the younger brother of famed actor Forest Whitaker. As mentioned above, Kenn did try his hand out in acting, but he did not make it big like his brother. Today, he is most likely known as the doppelganger of Forest rather than for his own career. So, let us find out about the life of the actor.

Lookalike Of His Brother, Forest Whitaker

Social media went wild when they found out that The Last Stand actor Forest Whitaker has a doppelganger. First, people were confused and skeptical before someone debunked the fact that the person was not just a mere lookalike but, in fact, his brother.

Due to their uncanny resemblance, netizens assumed that the Whitaker brothers were twins. However, that is not the case.

Born in Longview, Texas, on June 8, 1963, Kenneth Dwayne Whitaker is almost two years younger than his similar-looking brother, Forest Steven Whitaker. Their parents, Laura Francis and Forest E. Whitaker, raised them in Carson, California, where the family moved when Kenn and Forest were still young. 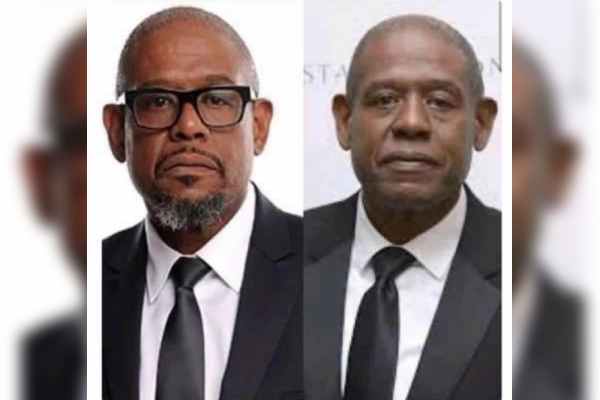 People on the internet went into a frenzy when they discovered that actor Forest Whitaker had a doppelganger named Kenn Whitaker. Many even mistook them to be twins but they are in fact only brothers. Image Source: Twitter.

Apart from Forest, Kenneth has two other siblings: an elder sister named Deborah Whitaker and a younger brother, Damon Whitaker.

The Whitaker family is very hard-working. Kenn Whitaker's mother put herself through college and earned two master's degrees while taking care of her young children, which is in no way an easy feat.

Moreover, the actor's father was an insurance salesman who had to grind a lot to provide for his family. Yet, despite their difficulties, the duo raised their children to be noble human beings.

As Kenn Whitaker is the lesser-known sibling, not much about his childhood is known to us. However, it has been reported that he attended the same high school as his "doppelganger" brother, Palisades Charter High School. Apart from that little fact, details about his education are shrouded in mystery.

Also Read: Take A Look Into The Life Of Franklyn Ajaye

Kenn Whitaker Net Worth And Career

Forest Whitaker's brother had a critically acclaimed career, albeit short. Even though he did not take on many projects during his acting days, it has been estimated that Kenn Whitaker's net worth is of a substantial amount.

However, it would be hard for Kenn to accumulate a fortune like his brother, as Forest is estimated to be worth around $30 million. Nevertheless, Whitaker must have made enough to live a content and happy life.

Coming from a very hard-working family, Kenn Whitaker, too, had a lot of energy in him to make it big in the world. Watching Forest act in theatres and eventually on the big screen inspired young Kenneth to pursue acting. He took on minor roles, and 1997's Most Wanted was his first screen appearance.

Since his debut in a small role in 1997, the actor went on to take on some projects. However, his parts mainly were not much significant. The actor has appearances in TV series like Tracey Takes On and Party of Five, both in minor non-recurring roles.

But, Kenn Whitaker did get to play a significant role in projects like Life, Last Days, and The Theory of the Leisure Class. Critics commended his performances in these movies, and the actor managed to gain some following. But, sadly, he has refrained from taking any acting roles since his 2001 appearance as Ben Forchet in Last Days.

Here is a scene from the movie Life, which features Kenn Whitaker.

Forest Whitaker's brother retired from acting when his career was just taking off. Although the reasons for his departure are yet to be known, it seems that Kenn is very content with his decision and enjoys his private life. Moreover, despite his short stint in the entertainment business, Kenn Whitaker's net worth must have benefitted from all the movies he has appeared in.

Unfortunately, as Whitaker has opted to live a life away from social media and the public eye, his career beyond acting is unknown. However, the former actor might be a part of his brother's charity foundation, The Whitaker Peace and Development Initiative.

However, no matter what he does, we are confident that the Life actor will excel in his line of work and live a content life.

But, unfortunately, nothing is known about Kenn Whitaker's wife or if she even exists. Even his family refuses to disclose the identity of Kenn's partner even though his entire family is pretty famous.

Even if people do not know about his personal life, Kenneth reportedly shares a lovely bond with his nephews and nieces. Moreover, he seems to have supported his brother and family when Forest divorced his ex-wife, Keisha Nash.

Kenn Whitaker does not have any social media and has thus managed to keep his personal life away from the public. However, the former actor is still close to his nieces and nephews. Image Source: Forest's Instagram.

Kenn Whitaker seems to be a kind and humble man who does not prefer the glitz and glam of today's world. The former actor appears to love a quiet life and remains off-grid and far away from social media. That may be what is best for him as he can easily stay away from the prying eyes of the public.

However, we hope that Kenneth returns to acting someday and a new generation can enjoy his talent.