Keleigh Sperry is an American model and actress who has been a part of the industry for many years. She has starred in few movies and video shorts and is known for her striking looks. Sperry not only works in the entertainment world but has used her fame to help gain attention towards many causes.

The gorgeous model is also recognized as the wife of popular actor Miles Teller. And fans of The Divergent star have been eager to learn more about the woman who stole their favorite's heart. So, let's go through Keleigh Sperry's biography and know more about her.

Miles Teller's wife Keleigh Sperry was born Keleigh Rand Sperry on October 16, 1992. She is the youngest child of her father Rand Sperry and mother, Rosemary White Sperry. She has five siblings, three sisters, namely, Katie Sperry, Christine Sperry, and Michelle Sperry, and two brothers, Kevin Sperry and Brian Sperry. All of the Sperry siblings share a close bond and are living their best life. 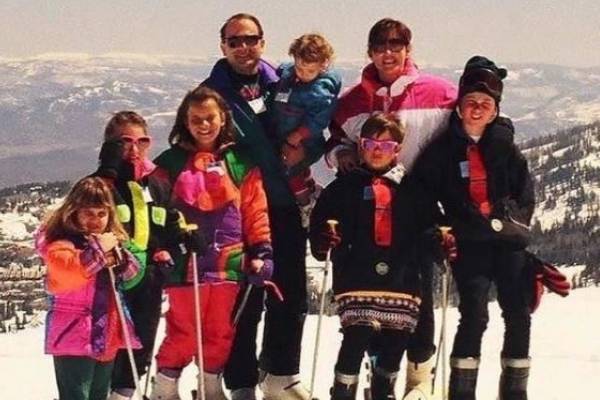 The stunning model was born and brought up in Orange County, California, alongside her five siblings. Since Keleigh Sperry's father, Rand is a well-known and successful real estate investor in the area, the family must have lived comfortably.

Keleigh Sperry Net Worth And Career

As the wife of a well-known actor, it is no surprise that the talented model is also part of the entertainment industry. Her husband, Miles Teller, has an estimated net worth of $10 million, and she has also amassed a fortune from her career. Keleigh Sperry's net worth includes her income as a model and an actress.

Keleigh Sperry started her career as a model from an early age and was part of One Management. She was with the agency for seven years and posed for numerous clothing brands and cosmetics companies. According to Heavy, Sperry then joined the modeling agency LA Models in 2017, but it is unclear if she is still represented by them.

The gorgeous brunette stands at 5 feet 7 inches and has enjoyed a successful career in the modeling world. And in the process, she must have pocketed a significant amount. On average, a model earns $125K per year in the US. But since Sperry was a pro at her job, her income might have been higher than the average amount. 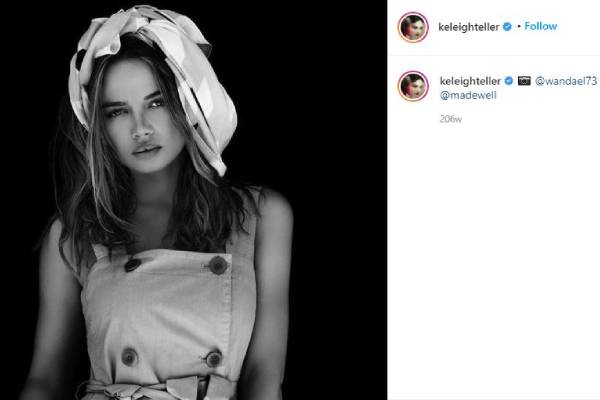 Currently, Miles Teller's wife seems to be enjoying her life as a social media influencer. Her Instagram page is filled with beautiful pictures of her traveling around the world with her husband and friends.

Apart from modeling, Keleigh Sperry has also showcased her acting skills in few short films. She starred in the video short Opeth: The Devil's Orchard in 2011 and Dance in 2017. In Dance, she played the character named Bliss, a beautiful woman who weaves a digital web of allure. Her performance was well-received by all.

Moreover, the beautiful brown-eyed model also hosted the E! Live from the Red Carpet for the 2015 Academy Awards. While her parts on the scripted shorts were small, she must have been paid handsomely for her work. Additionally, Keleigh Sperry's net worth must have seen considerable growth after hosting the red carpet event.

Having found fame as a model and actress, Keleigh has now focused her life on her humanitarian works. Sperry is the first woman ambassador and advisor to the prime minister of Uganda through the nonprofit organization Wells of Life. The organization fights to provide clean and sustainable drinking water to the communities of Uganda.

Keleigh Sperry and her father, Rand, got involved with the nonprofit the help change of cycle of poverty faced by the Ugandan people. The father-daughter duo helped build wells that would help provide clean water to the community.

The dedication that Keleigh Sperry has shown by helping raise awareness about the condition of Ugandan communities and helping set up the solution shows her generous heart. She has worked closely with the organization to help build a healthy water supply for those needed. Let's hope she finds success in whatever issues she wants to tackle in the coming days.

As mentioned above, model and actress Keleigh Sperry is married to actor Miles Teller. The pair first met at an after-party in 2013 and started talking to each other. While Teller thought the first few moments did not go well, Sperry remembered being charmed by the actor.

The couple started dating soon after and were in a long-distance relationship due to their respective career commitments. Then four years later, Miles proposed to his then-girlfriend on a romantic safari getaway in South Africa. Even though there were few hitches along the way, Keleigh immediately said Yes.

Two years after their engagement, Teller and Sperry got married in Maui surrounded by their loved ones. The adorable duo tied the knot on September 1, 2019, in a beautiful ceremony which was followed by a sunset reception. After the wedding, Keleigh has taken her husband's surname and now goes by Keleigh Sperry Teller. 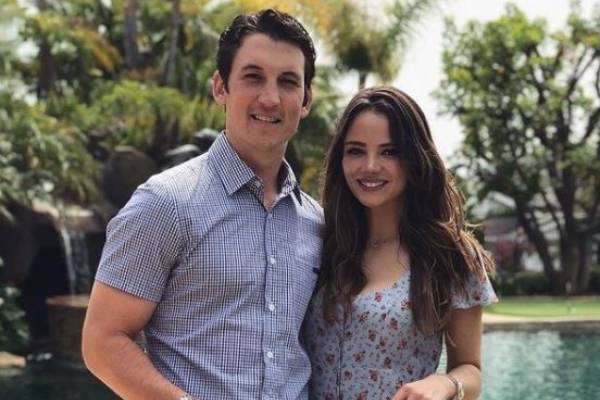 Only a few months after their wedding, the pandemic happened, which allowed the Teller couple to spend much of their time together. They embraced the free time cooking and making home improvements. The always private, Keleigh Sperry's husband, Miles, even opened up about his life with her and revealed that the lockdown was a blessing in disguise for the duo.

Going through Keleigh Teller's Instagram, it is clear that she and her husband are in for the long haul. And while they have only been married for a year, who knows, we might get to see mini Keleigh or mini Miles running around soon. We wish the best for the loving couple.