Kathleen Cleaver is a social activist famous for her involvement with the Black Panther Party. Photo Source: Social Media.

Kathleen Cleaver, also called Kathleen Neal Cleaver, is a well-known personality in history due to her work in the Black Power Movement. She has been working against racial discrimination, segregation, and sexism for more than five decades. Kathleen is also known for her involvement with Black Panther Party, with whom she advocated for black rights.

Kathleen Cleaver was the representation of black women in the war against white people. She was fighting to eliminate legal, social, psychological, economic, and political limitations against black people. On her journey, Cleaver faced many oppressions and threats for her life. But, she stood against them all and never backed off her initial ideology.

In this short biography of hers, we will go through the struggles and challenges Kathleen Cleaver faced in her life.

The famous political activist was born on May 13, 1945, in Dallas, Texas, to an academic family. Kathleen Cleaver’s father, Ernest Neal, taught sociology at Tuskegee University, whereas her mother, Juette Johnson Neal, had an advanced degree in Mathematics. Moreover, Kathleen also had a brother, who died in 1958.

Later on, Cleaver’s father, Ernest Neal, got a job in Foreign Aid, and the family had to move abroad. Kathleen traveled to many countries such as India, Liberia, Sierra Leone, and the Philippines, giving her insight into different cultures and communities of other countries. She was also amazed by India’s success over British Colonialism and the Philippines' independence against American Colonization. She was further inspired after watching Indian people ruling their government. 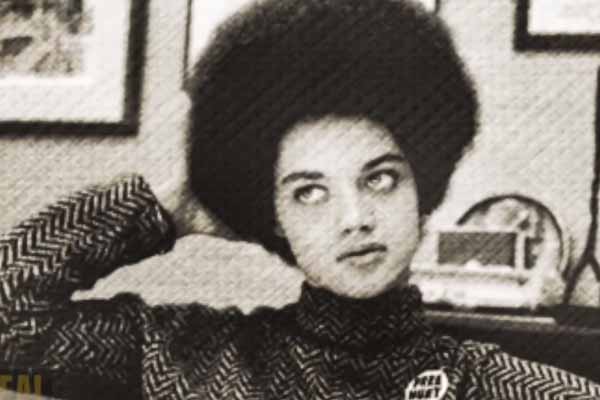 The time abroad was a turning point for Kathleen Cleaver’s life, where she realized that fighting for their rights and freedom is possible.

The advocate went to high school in Quaker Boarding School and graduated in 1963 with honors. She then joined Oberlin College but transferred to Barnard College to continue her education. However, Kathleen didn’t complete her education and quit it midway. She then worked in Community Relations Service as a secretary.

Kathleen Cleaver Career And Net Worth

The black rights activist was involved in a political party for more than a decade. Besides that, Kathleen is a J.D. graduate from Yale and has worked for several law firms. She was also a senior lecturer at Emory University School of Law. Therefore, Kathleen Cleaver’s net worth mainly comprises her earnings as a professor and from law practice. Moreover, her income is also benefited by her earnings from book sales and other writings.

Aforementioned, Kathleen Cleaver got involved with SNCC during her university days. She started working in the SNCC office in New York at the time of the Black Power Movement. Later on, SNCC went into chaos and lacked money for its regulation. A student group at Fisk University lend SNCC support for their upcoming conference where Kathleen met the leader of Black Panther Eldridge Cleaver. 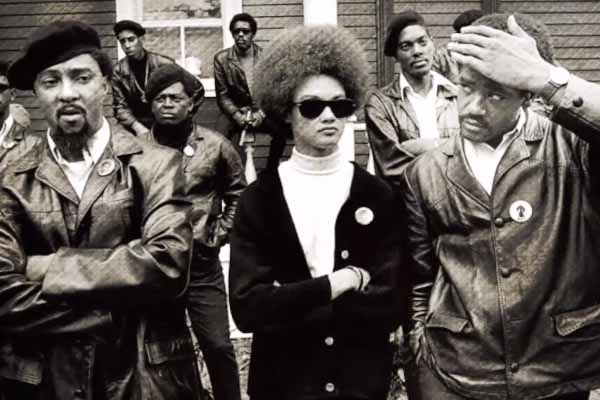 Eldridge Cleaver was already known for empowering the black community, and working on eliminating racial injustice and slavery. He had also published his Marxist ideas in his book Soul On Ice. Kathleen Cleaver had an instant connection with him and got together. After that, Kathleen traveled to San Francisco to be with him and joined the Black Panther Party in 1967.

The American professor explains her time at the party to be liberating and knowledgeable. She started working as a secretary only three or four weeks after the arrest of Huey Newton for the alleged murder of a policeman. Kathleen explains Black Panther’s voice was not only against racism but also against poverty, powerlessness, segregation, lack of opportunities, and freedom.

Kathleen Cleaver was appointed Communications Secretary within the party. She was also one of the prominent speakers of the political organization. Moreover, the Black Panther Party was also voicing for women’s liberation and had allocated higher positions to their female members.

Thus, the activist joined the party to rebel against racism, militarism, sexism, and injustice, rather than for money. The blue-eyed activist was recognizable among other women activists in the party due to her afros. But, Kathleen was different in the era where women were considered beautiful for their pale skin and straight hair. Moreover, she was proud of her black identity and did not shy away to flaunt her natural hair.

It might be a bit of a surprise to know that the former member of the Black Panther Party has also worked as an actress. She has acted in the movie Zabriskie Point, which talks about late sixties America. The film made a box office collection of $83,956 worldwide, according to IMDB. Cleaver played a character named Kathleen. 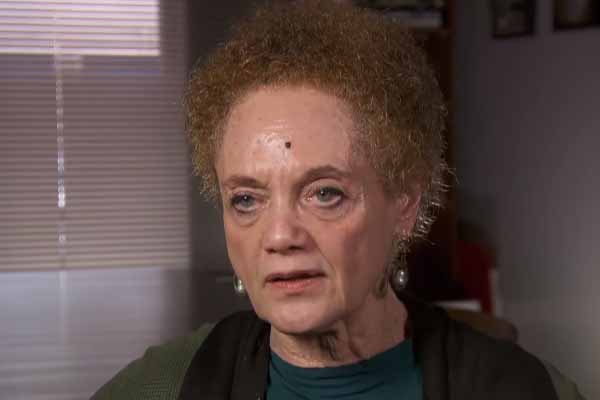 Furthermore, the actress was a consultant for the documentaries The Black Panthers: Vanguard of the Revolution and Independent Lens. Both received positive criticisms, with the former making a $584,109 box office collection. Besides that, Kathleen Cleaver is also featured in several documentary films related to Black Power Movement and the Black Panther Party, such as Assata aka Joanne Chesimard, The Black Power Mixtape 1967-1975, A Huey P. Newton Story, and Eyes On The Prize.

Looking at the favorable ratings of movies, we can assume Kathleen Cleaver to have amassed quite a sum from her works.

Aside from political activities, Kathleen Cleaver was also passionate about writing. She wrote press releases, pamphlets, and notices during her time with the Black Panther Party.

In addition, Cleaver has written books about her experiences and thoughts during the Black Power Movement on a more intellectual level. She has also collaborated with other authors. Her books are inspiring and give us a glimpse of the movement of the 1960s. The prices of her books on Amazon are listed below:

The author wrote about her life story in the book Memories Of Love And War. She has also written scholarly essays for many books and magazines. Cleaver is a successful author and surely has earned considerable wealth from her publishings.

Well, looking at her ventures, one can expect Kathleen Cleaver's net worth to be of a considerable sum.

As mentioned above, Kathleen got together with her husband, Eldridge Cleaver, during her time in SNCC. She admired his revolutionary thoughts and his efforts for black freedom. Kathleen got married to the activist Eldridge on December 27, 1967. However, Kathleen's married life was not smooth, with both husband and wife being engaged in the rebellion. 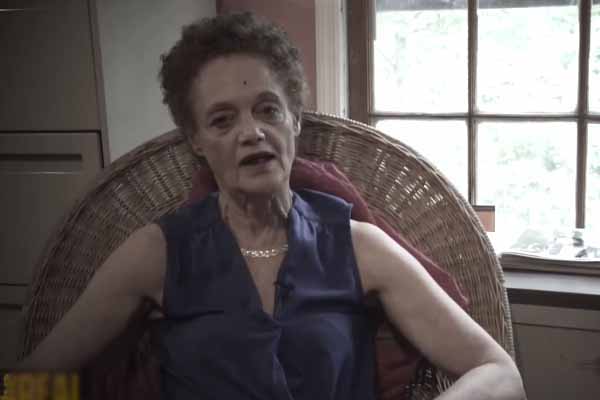 Kathleen faced misfortune after Eldridge was charged with attempted murder following the shootout with the Oakland Police Force. However, Kathleen Cleaver’s husband Eldridge fled to Cuba and then went to Algeria. She joined her partner in Algeria, where she gave birth to her son Ahmad Maceo Eldridge Cleaver. Kathleen Cleaver’s daughter Joju Younghi Cleaver was born a year later.

The Cleaver family was in exile for over 12 years. After returning to the U.S.A., Kathleen Cleaver tried to withheld her marriage but, the internal struggles within the Black Panther Party created troubles in their marital life. She also found it challenging to deal with the personality changes of her husband, Eldridge. Finally, the duo separated in 1981 and got divorced in 1987. Sadly, Kathleen's former partner Eldridge Cleaver died in 1998.

Life After Separation And Now

After separating from her husband, Eldridge Cleaver, the social reformer enrolled in Yale University and graduated with a degree in history. She continued her education and got a Juris Doctor degree. Since then, the activist has worked for several law firms and gave lectures in the university. Kathleen Cleaver also retired from Emory University School Of Law, where she was a senior lecturer. The Emory University has acquired her personal and professional papers, including her photographs, books, and correspondence.

Kathleen Cleaver also had to face tragedy as her son Ahmad Maceo Eldridge Cleaver passed away in 2018 from a heart attack. He was a writer and follower of Islam. Kathleen is currently living with her daughter-in-law and grandchildren.

Nevertheless, her journey for black rights and freedom is remarkable and what Kathleen did is praiseworthy.