Who would have imagined that a semi-pro soccer player who almost abandoned bull riding would win two PBR World Championships? Jose Vitor Leme is undoubtedly one of the most exceptional riders to compete in western sports.

The rodeo rider made the most memorable PBR Unleash The Beast debut in modern history, visiting the United States for the first time in November 2017, and winning the World Finals just a few days later by going a perfect 6-for-6 at the demanding, multi-day championship. As Leme is a name that requires no introduction in the rodeo field, many fans are still curious to understand his personal life affairs.

Hence, we present you this article, covering all the details regarding Jose's personal life and professional career.

His Parents Divorced When He Was Young

The cowboy was born on August 15, 1996, in Ribas do Rio Pardo, Mato Grosso do Sul, Brazil. He was welcomed into this world by his mother, Silvia Pereira Leme, and his father, Jose Antonio. Jose Vitor Leme's father was an early bull rider in Brazil and was his source of inspiration.

Furthermore, Leme was just seven years old when he first started riding calves. Unfortunately, he abandoned the sport when his parents divorced, and later they sold their bulls as well. Following his parents' separation, he went on to live with his mother. Later, the young guy became inclined towards soccer and played it for 11 years, moving to the semi-professional level.

Simultaneously, Leme was also learning Karate. However, he was always drawn to bull riding and didn't want to let go of his dream. Besides, an invitation is typically required for exclusive events in Brazil, and Jose finally had the chance when he was 18. It was close to his mom Sylvia's Campo Grande home in Rochedo.

To attend the event, he pedaled six kilometers there and back. Moreover, the sportsman was called for a slap during his first ride. Well, this was the official beginning of his bull riding career. Additionally, the athlete hasn't been upfront regarding his educational background.

Rewrote The PBR History Books In 2021

Leme made his PBR Brazil tour debut in 2017, recording an astounding 82.61% riding average. He was named the PBR Brazil Champion and Rookie of the Year after winning three event titles, including the National Finals at the renowned Barretos Rodeo. Furthermore, the Brazilian rider won the Triple Crown in PBR Brazil thanks to his outstanding performance, which also secured him a spot in the Pendleton Whisky Velocity Tour Finals.

The prolific athlete left Brazil for the first time in his life. Leme was the top-finishing international invite after going 3-for-4 to place eighth at the Velocity Tour Finals, earning a spot in the PBR World Finals. However, it was in the year 2021 when Jose rewrote the PBR history books, setting or tying five PBR records, including the most round wins in a season (21), the first perfect 50-point rider score, most 90-point rides in a season (24), the most event wins (tied with 8); and highest-marked qualified ride of all time (98.75 points), alongside winning the 2021 PBR World Championship.

Moreover, he has also amassed a sizable fortune with an incredible professional career. Now, wouldn't it be exciting to discover more about Jose Vitor Leme's net worth and earnings?

Leme was in prime form during his second season in 2018, winning two events in the premier series, including the first regular-season championship of his career in Tulsa, Oklahoma, and posting 11 Top 5 finishes. Also, the athlete finished the year ranked No. 2, 422.5 points behind world champion Kaique Pacheco, at the second PBR World Finals of his career.

Likewise, in 2019, Jose began his Unleash The Beast season by winning the 15/15 Bucking Battle championship in New York City, following an early win on the Velocity Tour in Corpus Christi. In addition, in mid-March in Duluth, Georgia, he won his first premier series, regular-season competition of the year. Moreover, he achieved the World No.1 position in April after finishing first in Sioux Falls, South Dakota.

Furthermore, the rodeo rider's season in 2020, during which he rode his way into the PBR record books and was named the 2020 PBR World Champion, was so successful that the western sports world ran out of superlatives to describe it. Leme won the championship in round 3 after dominating the global standings for 17 of the 22 weeks of competition. Now, let's look at Jose Vitor Leme's earnings and career stats:

In addition, Leme placed fifth in all-time earnings in the PBR competition in 2021 after earning $1,871,257.92, including $1,401,800 for winning his second PBR World Championship and World Finals event. His career earnings have exceeded $5.11 million. Therefore, looking at Jose's prize money, we can conclude that he has been cashing out thousands of dollars in the past few events.

Hence, Jose Vitor Leme's net worth is anticipated to be remarkable, given his remarkable riding career, victories, and earnings.

Having an encouraging partner who believes in you and shares your goals makes your hardships and struggles much easier. Likewise, the exceptionally charming and talented cowboy is happily married to his wife, Amanda Rodrigues Leme. The pair have been together for a while and have remained close to one another through good times and bad.

Similarly, the lovely couple tied the knot on June 16th, 2018. Additionally, the couple's social media posts indicate their affection for one another. Fans can determine their closeness and mutual respect from the PBR champ's social media posts about how much he loves her. 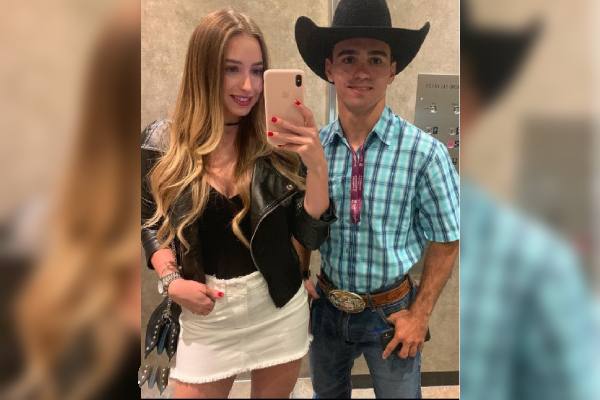 Moreover, Jose Vitor Leme's wife, Amanda, is a loving and supportive partner and is a veterinarian by profession. Furthemore, the duo's love is inspiring, and they look super adorable with each other. Having said that, we wish them a long and happy marriage so they can spend their golden years together.

Father To An Adorable Son

Jose is a wonderful father to his little boy, Theodoro Leme. He was born in February 2021 and is super adorable. Additionally, the dad-son duo looks super cute with one another, and the bull rider often takes to his social media handle to pen down his love and feelings toward his child. Also, he accompanies his little guy whenever he gets spare time from his competitions and events. Hence, Jose Vitor Leme's son is fortunate to have him in his life. 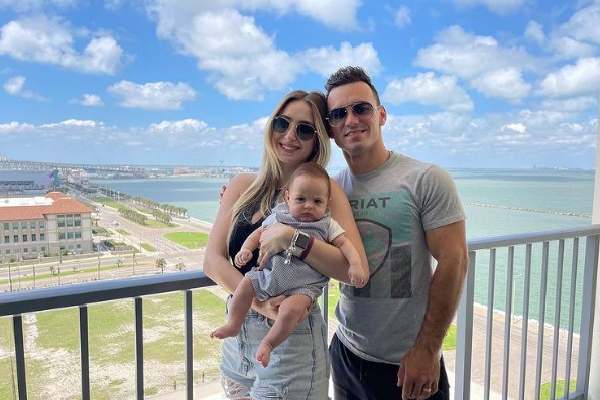 In addition, Theodoro is the biggest blessing to the loving pair, and Leme is thankful for him. The 5 feet 6 inches tall rider's child is still young and growing; therefore, it is too early to discuss his professional career. Nevertheless, Leme has been a loving father who is raising Theodoro with compassion, care, and unconditional love. We hope his beautiful baby son has a bright future full of health and happiness.

Finally, the rodeo champion has made a name for himself at a fairly young age, all thanks to his never-ending hard work, hunger to win, and dedication. He seems to have a balanced personal and professional life, and we hope he is healthy, happy, and flourishing in his professional career.