James Beard award-winning author, Joanne Weir, is an American chef, cookbook author, and international cooking instructor. Apart from that, Joanne is also a writer and producer, known for TV shows such as Joanne Weir's Cooking Confidence and Joanne Weir's Plates and Places.

With an extensive background of culinary training and decades of impressive culinary practice, Joanne Weir is globally recognized as a celebrity chef. She has consistently demonstrated her abilities and talents not only in the kitchen but also via the enormous success of her cookbooks, elite alliances, TV shows, and restaurant Copita Tequileria Y Comida.

However, the author and chef had little interest in cooking when she was younger; instead, she aspired to pursue a career in the fine arts. So, how did she go from aspiring to be an artist to becoming such a renowned chef? Let's get to know in this biography.

Born Into A Family Of Chefs

Joanne Weir was born on August 2, 1952, to parents Jean Elizabeth Sears Tenanes and John A. Tenanes. She was born and raised in New England alongside her three siblings: John Tenanes, Jinny Reilly, and Nancy Gokey.

The cook and her siblings were raised in a pleasant home and come from a long history of chefs. Her maternal great-grandmother, Lettie Coulson, was the owner of Boston's Pilgrim's Pantry restaurant. Her grandfather, on the other hand, loved to cook and frequently prepared meals for Joanne's family when they visited him on his farm.

Similarly, Joanne Weir's mother, Jean Tenanes, was a skilled chef and caterer who collaborated with Charlotte Turgeon, a pioneering French cookbook author and editor. Weir was close to her mother and enjoyed cooking with her and would frequently ask her mother to try her recipes. 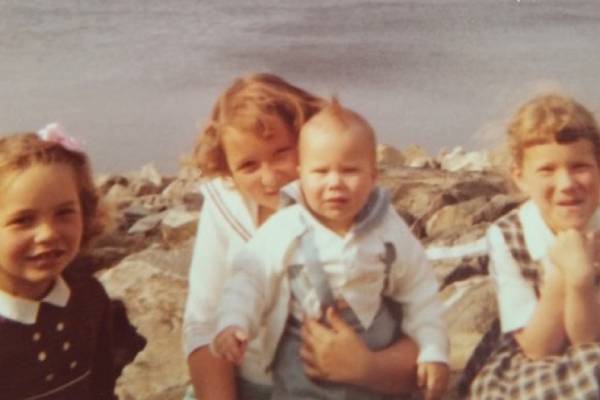 Joanne Weir's childhood was filled with homemade meals and farm visits as she was born into a family of cooks. Image Source: Joanne Weir Instagram.

Over the years, the cook has altered several of her mother's recipes to suit her own Northern California tastes, and she's come up with some incredible recipes.

Lost Both Of Her Parents

Joanne Weir's father used to work in the army and served the country during World War II. However, not much is known about Weir's dad as the award-winning author has kept quiet about him. Despite this, Weir has multiple photos of her father on her Instagram page, indicating that she had a great relationship with him.

Unfortunately, her father passed away in 2011 in Northampton. His funeral and burial were carried out privately at the Ahearn Funeral Home. Following this, Joanne expressed her grief and shared how much she misses him through her social media. It must have been tough for the cook to cope with her dad's passing.

Similarly, a few years later, Weir's mom passed away on May 29, 2018. Joanne and her mother were extremely close and bonded over their shared passion for cooking. We can only imagine how challenging it must have been to have lost another parent while still grieving for her father.

Joanne earned a bachelor's degree in photography from the University of Massachusetts, Amherst. She eventually decided to study cooking after determining that she did not want to pursue a career in the arts. She later acquired a Master Chef diploma.

Joanne Weir Net Worth And Earnings

After earning a degree in photography, Joanne went on to teach fine arts in Boston. Later, she began to doubt whether arts was truly what she wanted to pursue and reverted to cooking. Nonetheless, Joanne Weir's net worth also included her earnings as a fine arts teacher.

Earnings From Cooking and Teaching

After ditching her art career, she went on to train as a chef in France. Upon completing her degree, she returned to Berkeley, California, and began working as a cook at Chez Panisse alongside chef and author Alice Waters. 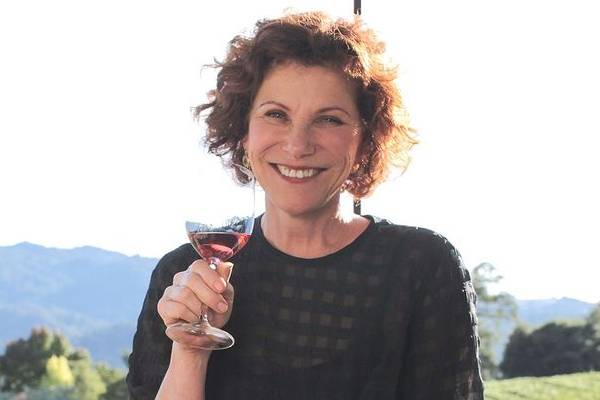 Having worked as a chef for over three decades, Joanne Weir's net worth is largely derived from her cooking career. Image Source: Joanne Weir Instagram.

Joanne spent five years at Berkeley, during which time she traveled across the world and taught people how to cook. Weir traveled to Europe, Australia, New Zealand, Asia, the United Kingdom, South America, Mexico, and Canada to share her passion for food and expertise.

Joanne Weir must have earned a fortune throughout her cooking and teaching career.

Earnings As A TV Host and Producer

Following her successful career as a chef, Joanne began working as a host and writer for her own cooking shows, Joanne Weir's Cooking Confidence and Joanne Weir Gets Fresh.

In addition, her award-winning show Joanne Weir's Plates and Places began airing in February 2018. Moreover, she is also the executive producer for Joanne Weir Productions.

Joanne Weir's fortune must have improved significantly as a television personality.

Aside from her reputation as a chef, Weir is also a renowned food author, and her recipes are loved by millions. She has published several award-winning books over the course of her career, including From Tapas to Meze, You Say Tomato, and Weir's More Cooking in the Wine Country.

The following are some of Weir's well-known books, along with their prices:

With so many people raving about Joanne Weir's recipes, her book must be selling at a rapid pace, adding to her wealth.

Is A Restuarant Owner

In 2012, Joanne collaborated with legendary restaurant owner Larry Mindel to open Copita, a sophisticated Mexican restaurant in Sausalito, California. With her expertise and hard work, the restaurant became an instant success.

Soon after, Copita was named the Greatest Mexican Restaurant in the Bay Area by 7x7 Magazine in 2014. Her restaurant was also featured on the cover of San Francisco Magazine as one of the best Mexican restaurants in the city.

After running such a successful restaurant for over a decade, Joanne Weir's net worth must be in the millions. Nonetheless, we expect to see more of the cook and her incredible recipes as time passes.

Has Been Married For 12 Years

It is no secret that Joanne Weir has been married to attorney Joe Ehrlich. The couple tied the knot back in 2009 and has been living blissfully ever since.

However, unlike her professional life, Weir prefers to keep the details of her personal life extremely guarded. Consequently, not much is known about how or when the pair met. Joanne Weir's husband, Joe Ehrlich is also very private and can rarely be seen in the media. 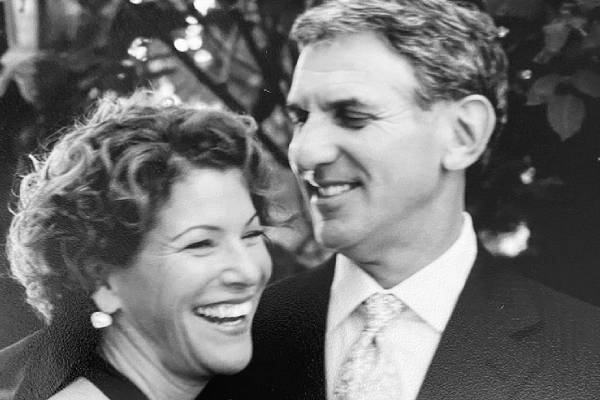 Joanne Weir has been happily married to Joe Ehrlich for more than a decade. Image Source: Joanne Weir Instagram.

Nonetheless, the married couple appears to be having a fantastic time traveling the world and eating out various cuisines. We hope that their joy grows exponentially over time.

Is A Stepmother Of Three

Although the cook and author does not have any biological children of her own, through her marriage with Joe, she became the stepmother of three children, all daughters, one of whose name is Abigail.

The talented cook is very much close to her stepdaughters and considers them of her own. Joanne Weir's stepdaughters even attended her marriage ceremony, and they often appear on her social media.

Nonetheless, Joanne is still cautious not to let slip their identities to the public. So, it might be a while till the public gets to know about Weir's husband and children properly.