Nikki Steward, notably known as Chef Nikki Steward, is famous for her culinary works. She cooks her dishes with passion and mixes them into unique flavors for her guests and clients to enjoy. She is also the founder of The High-End Affair, a catering service team, which also includes fire performers, bartenders, contortionists, DJ's and even singers. Her team looks over all the needed things for a smooth entertaining event with delicious foods.

The chef has been approached by big names from Hollywood like Snoop Dogg, Dave Chappelle, Chris Rock, DJ Khaled, and NBA stars. Let us know more about Chef Nikki Steward's biography and career.

Nikki Steward was born in October 1980. The chef was raised alongside her big brother by their parents in Ohio. The Steward siblings highly praise their parents for always motivating them to do better. Her mother worked in the medical field while her father ran a construction company and were hard-working people themselves.

The chef has not shared any information about her family except for the old family pictures when she was still a kid. However, it is known that her parents have been divorced for years. Nikki Steward's father tied the knot again with his new lover in 2018, and she catered the reception. 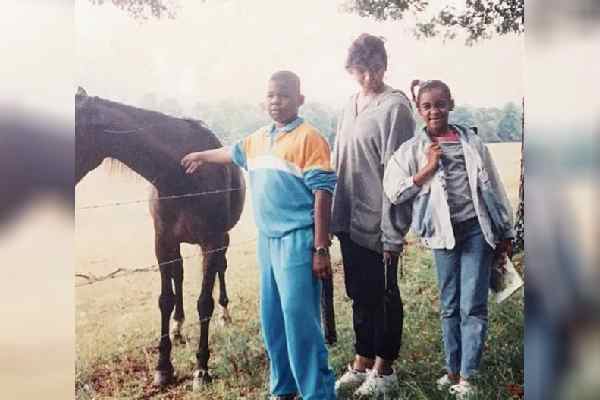 As a child, Nikki wanted to become a neurosurgeon but decided to study pharmaceutical science as she grew up. The talented chef studied at the Ohio State University and majored in Pharmaceutical Sciences. While working in a pharmacy, she was exposed to poor people who didn't have proper insurances, which the chef recalls as "disheartening."

The chef had studied science for her whole life which never really interested her. She believed that there was still a creative part inside her which she wanted to try out for herself. She picked up cooking as a hobby and tried blending her own style in the process.

Nikki Steward pursued her career in the medical field while also coaching basketball to young kids. She felt very disheartened about her job but continued the work for some time. While also hustling through her day jobs, Nikki slowly built up her cooking skill practicing every evening. She would stay up late and experiment with food and its flavors. Soon, the home cook started to reach out to other restaurant chefs to improve her culinary art.

Eventually, she traveled to Thailand to train while also working alongside some chefs. Steward also learned to prepare Thai cuisine, which allowed her to try out other cuisines from different ethnicities. Her clients find it hard to believe that the American national never attended a culinary school. She learned the art from her grandparents and various chefs, one of them being chef Anthony Bourdain. She has been inspired by the late Chef Leah Chase too.

The chef cooked at Dave Chappelle's Summer Camp, a music event held by the comedian at Yellow Springs. The chef has also been on tour with DJ Khaled, making food in a new city almost every night. Her talent led her to host her first big cannabis party. Nikki had also received an order from American rapper Snoop Dogg for an event with 250 guests. The chef recalls her surprise and shared how she immediately said yes to the offer. Following the event, the African-American chef founded her company, The High-End Affair, to cater and host events. She has also blended her own unique food recipes and infused them with cannabis. Much of her income is generated through her culinary career.

Though Chef Nikki Steward's net worth is still not known to the public and media, we can say that she must have already amassed a fortune. Several Hollywood celebrities love her business and have hired her for their events, so Nikki must have indeed made a lot of money. And while the chef has stated that she worked in Snoop Dogg's event for free, she might have earned a significant amount from her recent works. She has also worked with brands like Weed Maps and Talking Terps. With such a rich history behind her work, the chef may have accumulated a considerable sum from her career.

Known for THC and Psilocybin Infused Foods Among her Clients

In addition to the taste and presentation of her recipes, Nikki Steward is also known for infusing cannabis in her foods. She has worked for many celebrities, including rappers and NFL players who have enjoyed her creations. Dave Chappelle calls her The Macaroni Chef, who always talks about getting high on her cannabis-infused mac and cheese. The creative chef has also used psilocybin cubensis, notably known as magic mushrooms, in her cookings to introduce people to psychedelics for physical and mental balance. 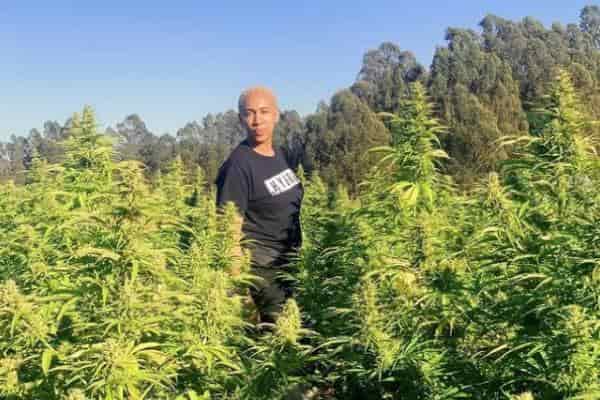 Chef Nikki Steward's techniques of introducing cannabis and psychedelics to her recipes have been loved by her clients. Image Source: Nikki's Instagram.

Nikki has received even more exposure for her unique work in the culinary field. She has since attracted many more clients like DJ Khaled, Chris Rock, Dave Chappelle, Trevor Noah, Snoop Dogg, and many more celebrities.

Moreover, Nikki also serves in many restaurants across the United States, where she welcomes everyone to enjoy her food. Though many celebs love her foods, the chef is determined to share her cooking with people from all walks of life.

Chef Nikki Steward is currently in a relationship with a man named Josh, whose last name is still not disclosed to the public. Nikki's partner goes by the name ArtisticallyRich on his Instagram account. However, the couple and business partners have not yet share any details regarding their dates. However, the pair are happy to have each other in their lives and are fully committed to each other for now. With such immense love for their other half, we are sure to see the lovely duo spend more upcoming years together. 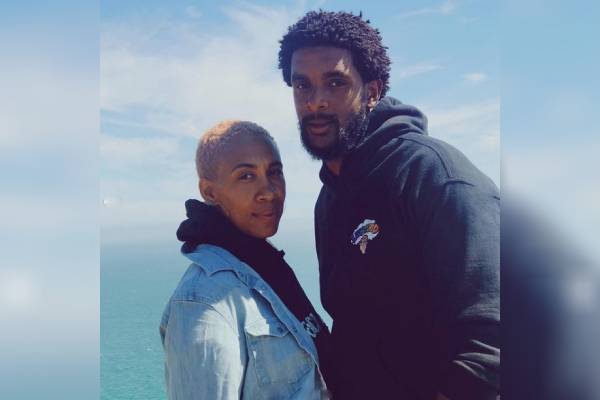 Apart from her life, the chef is also a loving mother to her two daughters. Nikki Steward's daughter is named Kendall Mariee, who was born in August 2002. However, not much is known about her youngest bundle of love. The chef has decided not to expose many details of her children to the public.

As a mom, Nikki loves her children very much and wants to set an example as a powerful woman. She doesn't hesitate to show her feeling toward her daughters through her social handles. With such an empowering woman in their lives, we can be sure that Nikki Steward's children will surely grow up to become as kind and as successful as their mother.