Jason Freese is an American musician, singer, songwriter, sound engineer, and record producer. Most notably known as a touring member for Green day, the multi-talented musician has performed in over 50 albums for artists like Dr. Dre, Pitbull, Jason Mraz, Jewel, and many more.

With over 25 years of career highlights, Freese is one of the distinguished studio musicians in America. His performing credits mainly consist of saxophone and keyboards. Today let's learn about Jason Freese's biography.

Jason Freese was born Jason Jeremy Freese on January 12, 1975, in Orange County, USA. His father, Stan Freese, is a tuba player and musical director who conducted Disney World (Florida) and Disneyland (California) band. In 2011, OCWeekly reported that Jason Freese's father was the talent casting and booking director for Walt Disney Parks & Resorts. As for his mother, Tera Freese was a classical pianist. Jason's brother, Josh Freese, is a professional drummer, songwriter, and composer.

Raised by talented musician parents, Jason Freese showed the sign of a performer at an early age. His passion for music was clearly seen while jamming up with his father and brother. 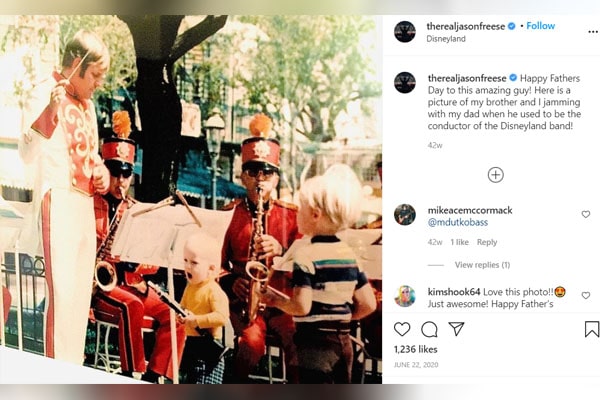 After graduating from El Dorado High School, Jason grew up to be a professional saxophonist and keyboardist. At the same time, his brother became one of the most sought-after drummers in the American music industry. Nevertheless, both brothers have an immense passion for music and have built an impressive career out of it.

Although an active musician from his pre-teen years, Jason Freese officially began his career with his brother's punk rock band The Vandals in his early 20s. As he was a trained saxophonist, Jason played saxophone in their album 'Oi to the World!" in 1996. He continued to play for various artists like Dweezil Zappa, Lazlo Bane, NOFX, Kimberley Locke, and many more while switching between keyboards and saxophones.

In 2004, Jason was featured as a saxophonist in Green day's 'American Idiot' album. He has performed in the band's American Idiot World Tour, 99 Revolutions Tour, 21st Century Breakdown World Tour, and Revolution Radio Tour. Being an integral part of the band, Jason is also a member of Greenday's side project called Foxboro Hot Tubs. His relationship with the band's founding members, Billie Joe Armstrong, Mike Dirnt, and Tré Cool, has reached new heights while performing alongside each other in the world's biggest stages. 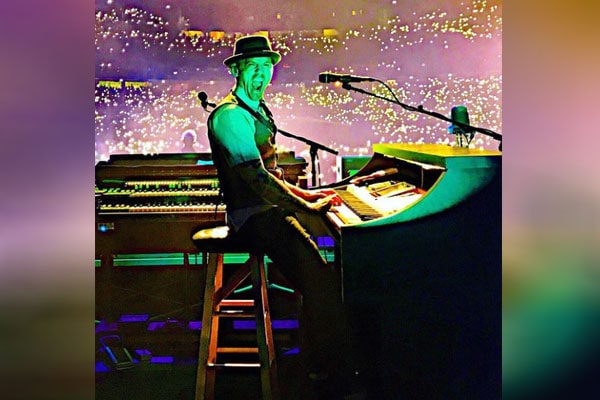 Jason Freese mainly performed as a saxophonist and pianist in his career. Photo Source: Jason's Instagram.

Building an illustrious career in the music industry is hard, but not that hard when you work passionately like Jason Freese. The talented musician has beautifully elevated his musical skills and mastered instruments like saxophone and keyboards. His performing credits also include vocals, flute, piano, trombone, organ, accordion, clarinet, and many more. In his career, Jason has collaborated with some of the big names in the music industry like Avenged Sevenfold, Goo Goo Dolls, Joe Walsh, Jewel, NOFX, Dr. Dre, Weezer, and many more.

Furthermore, Jason has also produced albums for Death By Stereo, Zebrahead, and Jewel. He also starred in Adam Gorny's documentary 'Jason Freese: The Man Behind the Keys.'

Jason Freese Net Worth And Earnings

With surmounting success behind him, Jason continues to work hard to achieve new heights in his career. Having performed with high-profile stars in his musical journey, Jason must have accumulated a fortune in his career. But, how much is Jason Freese's net worth?

Aforementioned, Jason has worked as a saxophone player in the world-famous band Green Day. Their album, American Idiot, is one of the highest-selling albums of the millennium and has sold over 16 million units worldwide. Similarly, Green Day's Grammy Award-winning album '21st Century Breakdown' sold more than 4 million copies worldwide, grossing millions of dollars. Jason's contribution as saxophonist and pianist in these albums was hugely applauded by the fans, which earned him fame and resulted in financial benefit for the musician. Although Jason Freese's salary in the band is not verified, some sources claim he could be earning millions from their biggest tours and endorsement deals.

Similarly, Jason has collaborated with many renowned artists to create worldwide hit music in his career. With such a huge contribution in some of the smash hits, he might have collected a massive sum as his remuneration. Although Jason Freese's net worth is still not officially verified, we can guess that the multi-talented artist has added a significant amount of money to his fortune.

Being a successful musician, Jason might have earned a significant amount of money, which he has spent in his luxurious lifestyle. Apart from owning expensive musical instruments in his home studio, Jason Freese also possesses a dynamic range of exquisite cars and bikes in his garage. It looks like the saxophonist sure knows how to thrill himself with his extravagant rides. 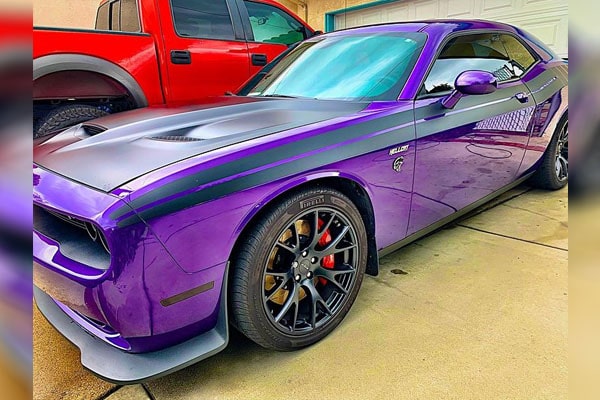 Talking about his cars, Jason owns a 707 hp Hellcat Challenger nicknamed 'Purple Rain,' which costs around $58,995. Adding to the precious collection, he also has a Ford F-150 Raptor truck, whose buying price starts from $28,940. As for his bikes, Jason is seen frequently traveling places with his Kawasaki dirt bike and Triumph motorcycle. Having such an expensive taste is common in the opulent music industry. But for Jason, his sumptuous riding hobby seems to be born out of passion, not by price.

Apart from his glorious professional career, Jason Freese is also a gracious family man. He is a married man and is a father to two children. Let's learn more about Jason Freese's wife and children.

Although the famous musician has kept his family out of the spotlight, we have found some information about his married relationship from his social media accounts. Going through his Instagram profile, we have found that he married his beautiful wife, Amy Freese, in May 2003. The couple became parents when their first son, Tennessee Freese, was born. Shortly after, their second son, Colt Freese, was introduced to their family. 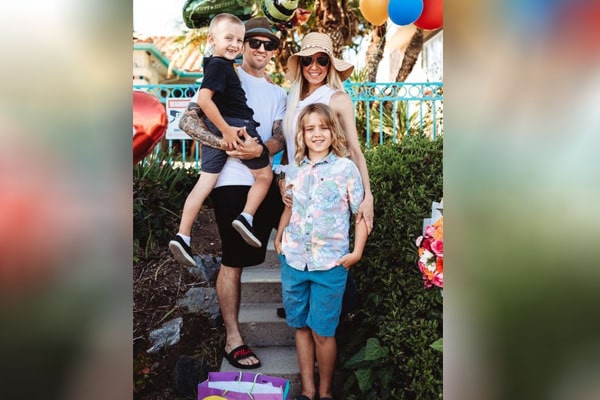 The sweet family of four is living a comfortable life in Fullerton, California. While Jason Freese's wife feels lucky to have three eccentric musicians at the house, she could be sometimes annoyed by the trio's loud musical acts in the house. Yes, Jason has taken his father-son relationship to the next level as he is seen playing saxophones alongside his young drummer and keyboardist. Walking in their father's footsteps, Jason Freese's children seem to be on their way to the musical journey.