Hydeia Broadbent, also called Hydeia Loren Broadbent, is a well-renowned figure in American society. She has been in the public eye since the age of six. However, Broadbent didn't appear as a child celebrity instead as an activist of HIV/AIDS. She was born with HIV, which would later shape her future.

The activist has been a speaker in many television shows, events, documentaries, talk shows, etc. In addition, she has also become an influencer for all HIV-infected people by not letting her illness shadow her life. Moreover, the social worker has also worked with many HIV/AIDS-related foundations to help other people experiencing a similar problem.

Hydeia Broadbent has gone through many struggles, some of which we will unfold in this biography.

The American activist was born on June 14, 1984, in Las Vegas, Nevada. Unfortunately, she was abandoned right after her birth by her biological mother. Furthermore, she was adopted by a new couple when she was six weeks old. Hydeia Broadbent's parents, Patricia Broadbent and Loren Broadbent was a veteran social worker and a glass contractor, respectively.

Young Hydeia suffered from many illnesses when she was an infant. Her immune system was weaker than that of other children. Still, the little girl's parents were not too worried and treated her with utmost care. However, three years later, the couple was contacted by the Las Vegas hospital. They found out how Hydeia's biological mother had given birth to a baby boy, and both mother-son tested positive for HIV.

The news came as a shock to the pair, and they immediately tested Broadbent for HIV. Unfortunately, she tested HIV positive with advancement to AIDS. Furthermore, the doctors predicted the young child wouldn't survive by the age of five. It was disheartening for her parents since there was no medication developed to cure her. So, Hydeia Broadbent's mother, Patricia Broadbent, immediately signed her up for a test trial as a last hope. 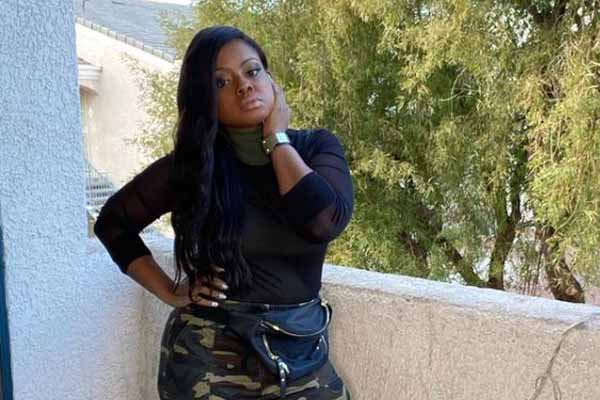 The HIV advocate had a difficult childhood with constant brain infections, blood infections, and many other chronic diseases. She also developed AIDS at the age of five. Moreover, Broadbent had to take pills and health supplements every day and was kept in her parents' observation. She was also admitted to various programs at the National Institutes Of Health for treatment.

During that time, AIDS activist and child advocate Elizabeth Glaser encouraged Hydeia to speak up about her experiences in public. Thus, she began her activist journey at the age of six. Moreover, the young activist went to many AIDS-related events, television shows, educational events, etc., to share how living with HIV is possible.

The advocate also faced a difficult time in her school. She was treated as a plague by both teachers and classmates. Moreover, Broadbent's kindergarten teacher even sprayed bleach on her face after she sneezed. So, she was taken out of school for home tutoring by her parents in 1990.

The activist only returned to the public school in seventh grade. She achieved her high school education in the Odyssey Charter School.

Aforementioned, Hydeia Broadbent became known as an HIV/AIDS advocate at a young age. She appeared in the 1992 Nickelodeon special on AIDS alongside basketball star Earvin Johnson best known as Magic Johnson. In the show, the young spokesperson was crying and mourning the loss of her former playmates due to AIDS. She also grew a good bonding with Magic Johnson that continues till now.

Since then, the AIDS advocate appeared in the Jerry Springer Show, 20/20, Good Morning America, etc. She gained more recognition after appearing in The Oprah Winfrey Show in 1996. There Hydeia explained how AIDS affected her immunity and how it took away her friends. 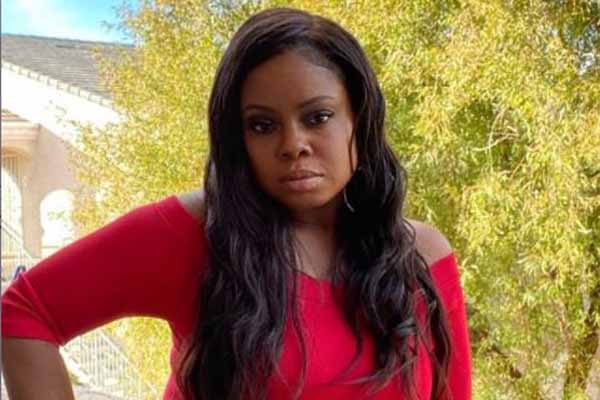 Hydeia Broadbent provides her own experiences as testimonies on how one has to live with HIV/AIDS if not prevented earlier. Photo Source: Hydeia Broadbent's Instagram.

The young advocate felt colossal pressure working as an activist so, she took a break from 1998 to 2011 from the media. Still, her name wasn't forgotten by the public during her absence. Moreover, Broadbent briefly appeared on her family's book You Get Past The Tears and her parents' featuring on ABC's Extreme Makeover: Home Edition in 2004.

The now grown-up Hydeia Broadbent reemerged in the ESPN documentary The Announcement in May 2012. She joined Magic Johnson in the movie, where he also called her an inspiration to bring more education and awareness to people. Moreover, the influencer also appeared in The Oprah Winfrey Network in 2014. She appeared as a returning guest in the episode of Where Are They Now.

Since then, the HIV/AIDS activist has been working for the people living with HIV/AIDS alongside several organizations. She has also established the Hydeia L. Broadbent Foundation, where she raises donations and organizes programs for awareness.

In addition, the reformer has also given motivational speeches on many television networks such as NBC, CBS, FOX, ABC, CNN, MTV, Discovery, etc. She has also been a guest panelist in many educational institutions such as Duke University, Spelman College, Howard University, UCLA, and Southern California University.

Hydeia Broadbent has been awarded an American Red Cross Spirit Award and an Essence Award for her outstanding efforts. Ebony Magazine also identified her as one of the Most Influential 150 African Americans in 2008 and 2011. Additionally, Hydeia was honored at the 2014 PhRMA Research and Hope Awards for Excellency in Visibility and Progress.

The activist began her journey with the hope of educating others about HIV/AIDS and how it doesn't affect the infected from living just like other ordinary people. Thus, she works to create public awareness rather than earning money. Still, the reformer's career has provided her with both fame and fortune.

So, Hydeia Broadbent's net worth mainly comprises her earnings from her job. Besides that, she benefits from her YouTube channel and social media handles.

The social worker has also collaborated with Willi Wicks Candle Co. It is a manufacturing company of scented and personalized candles. She has also joined hands with Candy Hair, a cosmetic store. Moreover, many organizations have endorsed the HIV advocate, such as Magnolia Lush, LLC, Teens PACT, etc.

The HIV/AIDS campaigner also has a YouTube channel under her name. It has 4.61K subscribers and more than 177K total video views. Furthermore, Hydeia uploads videos of her interviews and speeches. She also posts a video message for her fans regarding her daily life.

According to Social Blade, Hydeia Broadbent's monthly earnings are $0.15- $2, and her yearly earnings range from $2 - $28. Although her YouTube income is relatively low, the public speaker is highly favored by her subscribers.

And hopefully, Hydeia Broadbent's net worth will increase in the coming days, and we get to see her enjoying her life to the fullest.

Aforementioned, Broadbent had been predicted to die at the age of five. At that time, she had a dream of becoming married before her death. So, the young girl's adopted parents and supporters organized a 'friends for life' ceremony, where the former donned a white gown and married her childhood friend. Moreover, Hydeia Broadbent's husband, Tyler Small, also had AIDS.

The social worker also dated men throughout her life. But, unfortunately, she connected with the wrong guy who wanted to keep her a secret. Moreover, Hydeia Broadbent's then-boyfriend couldn't accept her illness which eventually caused them to break up. However, despite having a bad experience, the campaigner is still hopeful of finding a good partner in the future with whom she can live a happy life. 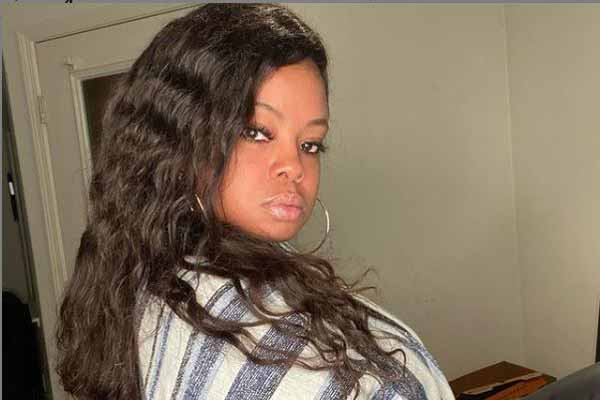 The American personality spends her day working for the HIV/AIDS community. She advocates abstinence, safe-sex practices, a healthy lifestyle, self-acceptance. In addition, Broadbent wants the public to view people with HIV/AIDS as normal human beings and not marginalize them for their status. She also desires the infected people to live happily and with the strong mentality of not letting the illness overcome it.