"There is nothing to writing. All you do is sit down at a typewriter and bleed", as stated by one of the most adulated authors of the 20th century, Ernest Hemingway, is the exact tenet with which one needs to persist in his life. The same philosophy and the dedication to writing led to Hemingway being recognized throughout the world as one of the few elites in English literature. Hemingway's drive towards perfection and storytelling resulted in him winning the Nobel Prize for literature in 1954.

Ernest Hemingway was an American writer with one of the most splendid bodies of work and an iconic style that influences writers to this day. Ernest Hemingway's creative talent was almost matched by his personality and his constant pursuit of adventure, both in his narrative and in his life. Hemingway did it all during his lifetime, and his works are considered classics in American Literature and will remain a flaming light of ingenuity throughout the years.

Ernest Miller Hemingway was brought into this world on the 21st of July, 1899. He was born in an affluent suburb west of Chicago in Oak Park, Illinois, in a family of a scholar and an artist, traits which Hemingway possesses himself. Ernest Hemingway's father, Clarence Edmonds Hemingway, was a physician by trait, and his mother, Grace Hall Hemingway, was a musician. Belonging from a well-educated and well-respected family in a conservative community in Oak Park, Hemingway was named after his grandfather from the mother's side. He was interested in joining the US Army from an early age. 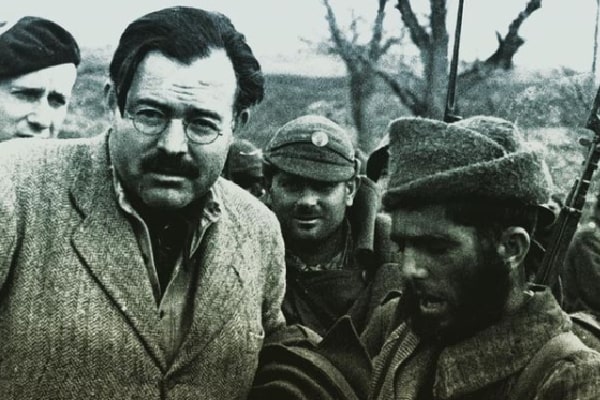 Ernest Hemingway wanted to be a part of US army during his early years. Image Source: Social Media.

Hemingway attended his local Oak Park and River Forest High School in Oak Park from 1913 to 1917. He was a proficient student and a great athlete. To add to that, Ernest was involved in boxing, track and field, water polo, and football in his school days. He performed in the school orchestra and, most importantly, received good grades in English classes. During his final two years of high school, he was the editor of his high school paper, Trapeze and Tabula.

The initial experience Hemingway received through his work in his high school later assisted him in being a writer and reporter. This, in a way, shaped Ernest Hemingway's career to what we know today.

After completing high school, Hemingway wanted to join the army as the United States became involved in the first world war, opting out of an opportunity to join a University. Ernest joined the Kansas City Star newspaper as a reporter and reported on police, hospital, and anywhere where he could join in on the action. After working as a reporter, Ernest joined the Red Cross and helped the people in Europe involved in the war. During the war, he got wounded a few times and went back to the US.

His return to the US, or Chicago, to be more specific, developed multiple facets to his writing as he worked in another newspaper company in Chicago. He met Sherwood Anderson, a fellow writer, there who advised him to move to Paris, and he did so. After moving to France, Ernest traveled all over Europe. This helped him learn about various cultures, people, and social ladders, and Hemingway started writing short stories applying his experiences.

Ernest published his first book of short stories called In Our Time. He started writing more of these stories and even novels down the line and found immense success via his work. Some of Ernest Hemingway's best books are mentioned below.

All the books and success made Ernest Hemingway's net worth quite an amount during his time throughout his life. He was a savvy money manager and invested in multiple fields, which allowed him to live a fulfilling life.

Ernest Hemingway got involved in wars during his lifetime, traveled to many countries, and wrote countless books. In 1954, the writer won the Nobel Prize for Literature but was sick at the time to partake in the ceremony of his achievement.

All the success in his career allowed Hemingway to earn a good living and enjoy his life with his multiple wives.

Though Hemingway was one of the best in literature, he was not the best at sticking around with the same person when it comes to relationships. Hemingway married Hadley Richardson in 1921 and moved to Paris with her. Their marriage lasted for six years as Ernest married Pauline Pfeiffer in 1927 in Europe, the same year he got divorced from his first wife. 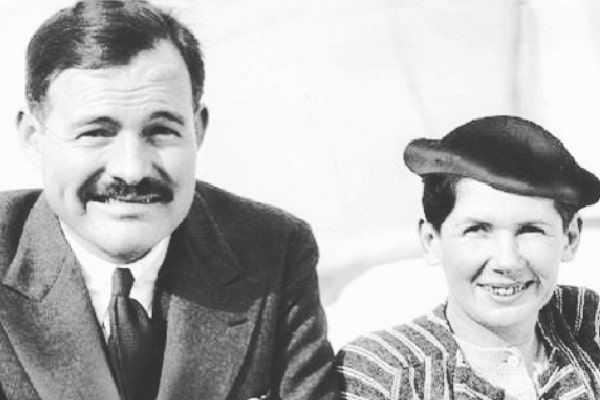 Pfeiffer and Hemingway divorced in 1940, and the author married Martha Gellhorn immediately after. After his five-year-long marriage, the couple got divorced, and a year later, the short story writer married Mary Welsh Hemingway in 1946 and spent the rest of his life with her.

Despite having four wives, he only had three kids. Ernest Hemingway's first son was Jack Hemingway, who he had with his first wife, Hadley. Ernest had the rest of the two kids, Patrick Hemingway and Gregory Hemingway, with his second wife.

Despite all his glorious achievements, Ernest Hemingway became a victim of suicide. He used to get sick constantly and acted abnormally during his final years. It is believed that this was due to hereditary hemochromatosis, a condition with an excessive amount of iron in the body, which his father probably passed down. 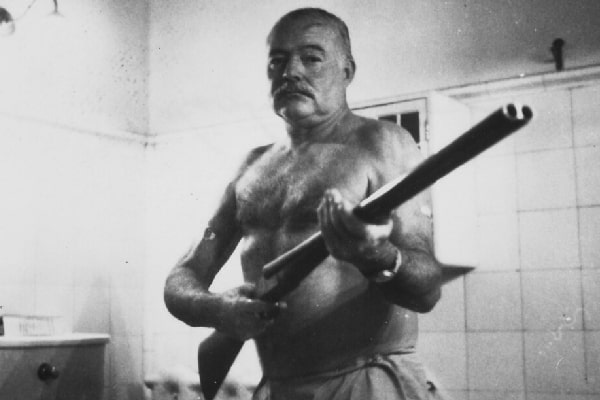 On the 2nd of July of 1961, the famed novelist killed himself in Ketchum, Idaho, United States. Despite his past behaviors, Ernest Hemingway's wife stated that the writer accidentally killed himself on a Sunday while cleaning a shotgun.

Despite all his wonderful achievements and some of his bad traits, Ernest Hemingway's legacy will remain glorious for years to come.