Duane Lee starred in the hit TV series "Dog The Bounty Hunter" for quite some time. Image Source: Instagram/dogthebountyhunter.

Duane Lee Chapman Jr is the eldest son of Duane Lee Chapman, aka Dog Chapman, a television personality recognized by fans worldwide. Many people know him and his family from a bounty hunting TV series Dog The Bounty Hunter. Chapman Jr's father, Dog Chapman, was also charged and convicted for first-degree murder before becoming a celebrity.

The TV personality was part of the aforementioned reality show for six years. He worked under his father and late step-mother Beth Chapman as a bounty hunter. However, Duane quit the television and bounty hunting with his family in 2012 and now keeps a low profile. So, let's learn more about Duane Lee Chapman Jr's biography and professional life.

Duane Lee Chapman Jr was born on 21st January 1973 and raised in Pampa, Texas, America. His parents are Duane Lee Chapman and his first wife, La Fonda Sue Honeycutt. His parents got a divorce when he was just four years, and Chapman was raised alongside his sibling Leland Blane Chapman. After their divorce, Duane's mother and father both went on to marry different people. 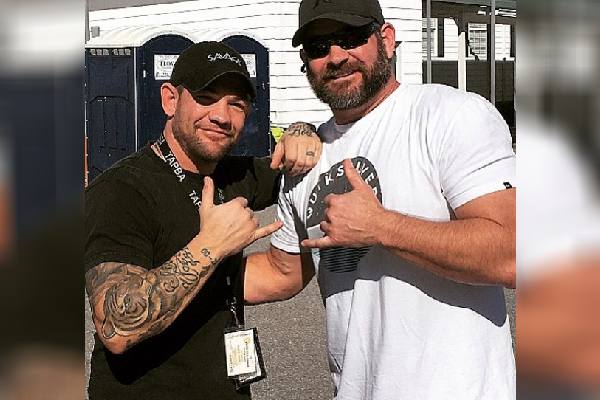 While there is no concrete information about his mother's life, Duane Lee Chapman Jr's father has been in the news for various reasons. Duane's father was married to four different women, and through these relationships, he has eight half-siblings. His half-sisters are named Bonnie Chapman, Barbara Katie Chapman, and Lyssa Rae Chapman.

Duane Lee Chapman Jr married his high school lover Teresa R. Roybal in 1999 after the couple dated each other for four years. However, the couple got divorced in 2008. Though the reason for the break up was unknown, many formed a theory that it was due to domestic violence or just Duane being unfaithful to his wife. However, there is no firm evidence about both of these rumors.

The actor has a son Dylan Chapman from his relationship before Teresa. Duane was also step-father to his ex-wife Teresa's three children Jody, Jasmine, and Jennifer, while they were married.

After his divorce from Teresa, bondsman was rumored to be in a relationship with Michelle Riddle and Ana Cordova. Ana Cordova is a television producer and a director. It is unclear if Chapman Jr. was ever dating these beautiful women. He has also not revealed any details about his current love life.

Duane Lee Chapman Jr started his career by following in his father's footsteps. The TV personality first appeared in Dog The Bounty Hunter, produced by his father, Duane Dog Chapman. The show revolved around the family's profession as Bounty Hunters, and Chapman Jr. was featured in it as he worked with his father and his late stepmother, Beth. 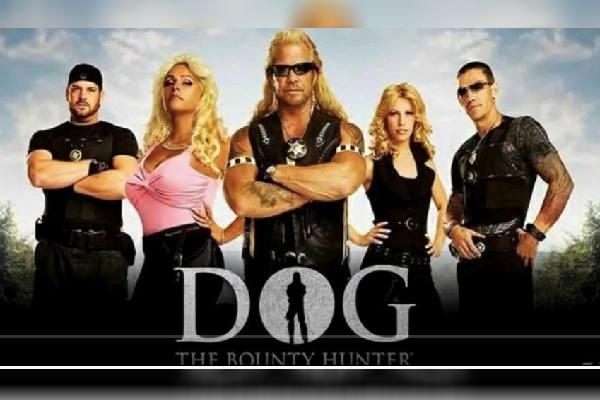 Duane held a job as a financial advisor while also working under his father as a bondsman. During the final season of Dog the Bounty Hunter, he requested his parents to increase his paycheck, which they declined. Duane Lee also claimed on camera that he was being underpaid and overworked by his father and stepmother. His father, Dog Chapman, was worried regarding his comments and said that his son hated him and his family. Due to the internal conflicts, Duane Lee Chapman Jr left for Florida to start his own business.

Duane has lived a luxurious and expensive lifestyle. We can be sure that he has undoubtedly made a lot of money through his career on and off the screen. Duane Lee Chapman Jr's net worth is estimated to be over a million. He had appeared on the TV for a long time before quitting the family business. His father Duane Lee Chapman's net worth is estimated to be at $6 million, while his late step-mother Beth Chapman had a $3 million fortune.

Former Dog the Bounty Hunter star Duane Chapman Jr grew up under his father's shadow and influence. Since the reality series revolved mainly around his father, Duane Dog Chapman, Duane might have wanted to do something different from his family's business. His decision to quit his career led him to Florida, where the actor currently resides.

Duane Lee Chapman opened his own bail bondsman firm in Jacksonville, Florida, according to Yahoo. He was also a financial advisor and is an experienced man in the business with a recognized name. David Lee Chapman must surely be very busy with his new business.

Sadly, Beth Chapman passed away in June 2019 at the age of 51, after losing her fight with throat and lung cancer. The Chapman family attended Beth's memorial and wished her soul to be in peace.

Leland Chapman uploaded a picture from Beth's funeral stating condolence for the deceased. The caption expressed his disbelief regarding Beth's death. Leland thanked his family's fans and friends for coming together to honor Beth's legacy and helping Duane Dog Chapman in his career.

The picture he uploaded was seen by fans of the show and quickly found Duane Lee Chapman Jr missing from the family picture. According to various sources, rumors spread about Duane not attending Beth Chapman's memorial. People were curious to know where Duane Chapman Jr had disappeared and why he would not attend his step-mother's funeral, but there were no comments about his absence.

Duane Chapman Jr's life was out in the open for the world to see since he appeared in several episodes of the popular show. However, the bondsman has since moved on with his life and is not very fond of sharing any information. He also does not have social media accounts apart from a Facebook account for his new business. This might sound boring to some people, but Duane Jr, as we know him is sure to enjoy life no matter what, without attracting any attention if he wants to.