Danya Perry, aka E. Danya Perry, is a nationally recognized white-collar criminal defense attorney. She has solved numerous cases and argued over a dozen appeals in court. Moreover, the lawyer has represented corporations, lawyers, business people, shareholders, etc. She has often obtained victories for her clients in high-profile cases.

The lawyer is a founding partner of Perry Guha LLP; a litigation boutique focused on civil and criminal trial practices. She is one of the most significant attorneys of the law firm. Furthermore, Perry is a frequent media commentator and makes appearances on MSNBC, CNN, BBC, etc. She also writes op-eds for the New York Times, The Washington Post, Law360, etc.

Danya Perry has represented some of the controversial cases over the years and has been in the news for them. But today, let's get to know the lawyer herself.

Born Into An Educated Family

The lawyer was born Elizabeth Danya Perry in 1972 in Manhattan, New York City. She comes from an educated family. Danya Perry's father, Dr. T. Anthony Perry, is a retired professor of comparative literature at the University Of Connecticut.

Likewise, Danya Perry's mother, Sydney A. Perry, is currently the CEO of Jewish Federation Of Greater New Haven. She initially served as the director of the Department of Jewish Education.

Danya also has sisters named Sarah Perry and Rachel Perry. They are often mentioned on her Instagram posts. 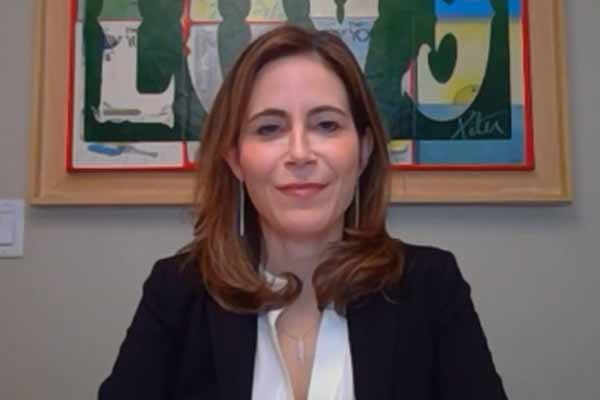 Danya Perry was determined to become an attorney from a young age. Photo Source: Social Media.

The attorney completed her formal education in her hometown. Afterward, she attended Harvard College to get her bachelor's degree. In addition, Danya was excellent at academics and received Charles H. Eliot Prize for Outstanding Senior Thesis. She also earned Agassiz Scholarship for Academic Achievement of the Highest Distinction.

After graduating in 1993, Perry enrolled in Yale Law School. In addition to getting her law degree, she also worked full-time and extended part-time at the U.S. Attorney's Office. Eventually, she received her Juris Doctorate in 1996.

Danya Perry Net Worth And Career

The law practitioner has worked for many prominent attorneys and investigative offices. She has also represented some of the influential clients in her practice. So, Danya Perry's net worth mainly comprises her income from her law career. However, it also involves her payments from her legal advices, media appearances, lectures, speeches, etc.

Danya Perry's salary also comes from her private law company, Perry Guha LLP. The firm's revenue is estimated to be more than $5 million yearly as per ZoomInfo. As a founding member, Perry's earnings must be quite a high amount from her company.

Aforementioned, Danya Perry started her career during her university years in U.S. Attorney's Office. She later served as a Senior Trial Counsel and Deputy Chief of the Criminal Division. Moreover, the lawyer's most notable works include the prosecution of $1 billion health care fraud, the largest immigration fraud, and tax preparer frauds in US history.

The NY State Governor and the Attorney General appointed the law advocate as a Deputy Attorney General and Chief of Investigations for the Moreland Commission in 2013. Her duty included the investigation of public corruption in New York state. In addition to investigating, Perry recommended systematic reform policies and referred to several matters for criminal prosecution.

Danya Perry's income amounted to $140,000 as an investigative auditor in Moreland Commission. Thus, she was one of the highest-paid members of the project. Furthermore, after the disbandment of the commission in 2014, the attorney served as the Chief of Litigation and Deputy General Counsel for five years at MacAndrews & Forbes.

Perry recently represented an American attorney Michael Avenatti in an extortion case. The latter is most renowned for representing Stormy Daniels' in her lawsuits against former U.S. President Donald Trump. Furthermore, Avenatti was arrested for extorting up to $25 million from sports apparel company Nike. 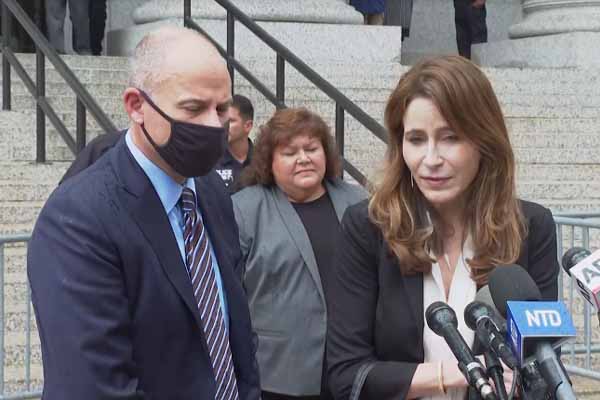 Danya received many negative comments for representing her client. Nonetheless, she gave her best to minimize his punishments in court. Eventually, U.S. District Judge Paul G. Gardephe charged Michael with a sentence of 2.5 years in prison on July 8, 2021. Despite losing the case, Perry must have received a significant amount for representing such a high-profile client.

Thus, Danya Perry's net worth must have risen from her law practice having been involved in many significant cases.

As one of the most significant attorneys in the States, many people are curious about Perry's marital status. She was initially married to an investment banker, Mark Steven Hootnick. The latter is a managing director at PJ SOLOMON'S Debt Advisory & Restructuring Practice.

The former pair got married at the St. Thomas Synagogue on April 3, 2004. Both bride and groom's parents attended the wedding. Furthermore, Danya Perry's ex-husband, Mark Hootnick, is also a law graduate from Lehigh University. He has more than two decades of professional experience in the restructuring and distressed advisory industry. 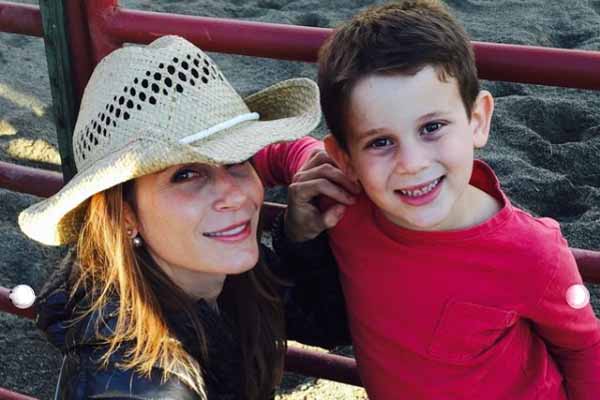 Perry is currently divorced from her ex-husband, Mark. Although she hasn't revealed the details of alimony, she seems to have custody of her children. After the divorce, the legal officer was rumored to be the girlfriend of former Goggle CEO Eric Schmidt. However, both parties didn't confirm the dating news.

At present, the lawyer is more focused on her career and children than dating. But, hopefully, she will find a promising partner, and we will be introduced to Danya Perry's boyfriend in the future.