We are all familiar with the American rapper Taurus Tremani Bartlett, aka Polo G, who rose to prominence with his singles Finer Things and Pop Out. However, even at such a young age, the rapper has made significant progress and had made it to the Billboard charts, so it isn't easy to imagine him as a father. Despite this, Polo G's popularity has sparked a lot of speculation regarding who his baby mama is.

Well, to no one's surprise, Polo G's girlfriend, Crystal Blease, came into the limelight due to her partner's popularity. Blease is an emerging entrepreneur, social media influencer, fashionista, and the CEO of two very prosperous brands: Beauty By Bratitude and Crystal Couture. She is also very popular for her hilarious TikTok videos.

However, Crystal has been in the spotlight mostly for her relationship with the famous rapper. So, naturally, people are eager to know more about Polo G's baby mama.

Let's take a look at Crystal Blease's biography to see how she has handled the spotlight and how it benefited her.

Was Raised By Her Father

Crystal Blease was born in Chicago, Illinois, on September 26, 2000. Even though the influencer, herself, is frequently in the spotlight, she has done a pretty good job of hiding her parents' identities. Despite this, she has shared that both her parents are of Caribbean heritage and were born and raised in Belize.

It is also a known fact that Crystal Blease's parents divorced when she was only three years old. Following the separation, Crystal was raised by her father and grandmother. However, her dad later remarried, and the businesswoman then lived with him and her stepmother. 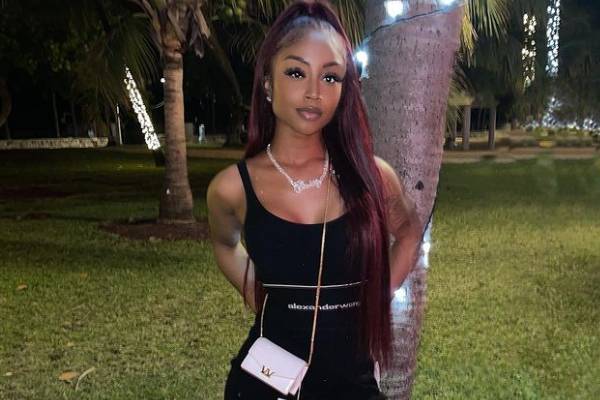 Blease grew up in a loving household along with her half-siblings. She reportedly has seventeen half-siblings from both her mother and her father's side. However, despite growing up in a pleasant family, Blease's childhood was not without its difficulties, and she was even on the verge of being jailed.

Nonetheless, she realized her mistake and has since avoided being on the wrong side of the law. Unfortunately, because Blease rose to fame only after dating rapper Polo G, little information about her childhood and early life has been made public.

Still, we hope that as time passes, the entrepreneur will feel at ease enough to open out about her personal life to the public.

Crystal Blease Net Worth And Career

Polo G's girlfriend has been in the limelight for a long time, and she has used the publicity well to her benefit. Over the years, Blease has established herself as a successful businesswoman and entrepreneur. Consequently, most of Crystal Blease's net worth is primarily derived from her business ventures.

Blease is the founder and CEO of Beauty By Bratitude, a beauty brand that sells beauty and skincare products such as lashes, lipgloss, and fashion accessories. Similarly, Crystal is also the CEO of a clothing brand named The Crystal Couture. The following are some of the best selling items in her online store, along with their prices:

Polo G's baby mama has used her fame to promote her business on her social media, where she has a large following. Owing to this, her businesses must be thriving, and the same can be said for her wealth, which must have increased significantly by the sales of her products.

While the Instagram sensation has established a successful business, she has also served as the ambassador of Pretty Hair Weave, a hair extension company, and FashionNova, a clothing brand. She advertises products from these companies on her Instagram.

So, Crystal Blease's fortune also includes her earning from serving as the ambassador of such elite companies.

Furthermore, the business owner also has a YouTube channel called Itsreallycrystal, which has 77.8K subscribers. Her YouTube videos are largely snippets of her daily life that she broadcasts to the public.

So like many celebrities, Blease's net worth also includes the income from her channel. The estimated earnings from the YouTube channel ranges between $4K to $64.5K per year and $358 to $5.4K monthly. 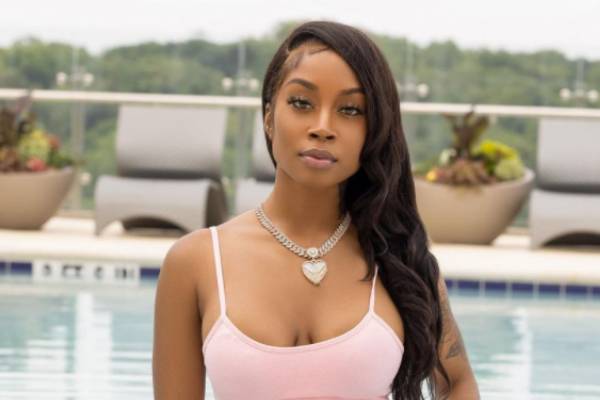 Apart from her businesses, Crystal Blease's net worth also includes the amount she makes through her YouTube Channel. Image Source: Crystal Blease Instagram.

Similarly, Crystal Blease's boyfriend and baby daddy, Polo G, also has a YouTube account and earns between $394.4K and $6.3M per year. Moreover, he has an estimated net worth of $7 million.

Nonetheless, Crystal Blease has a long way to go and will definitely accumulate more riches and fame in the future.

It is no secret that Crystal Blease has been in a relationship with rapper Polo G. The pair began dating in early 2018. The smitten couple only went out for a few months prior to finding out that they were about to become parents.

Despite their young age, they are very mature and understanding of each other's priorities and careers. So, when Crystal Blease's son, Tremani Legend Bartlett, was born on July 6, 2019, her partner was on tour. Yet, the new mother was not fazed about it since she understood how much her baby daddy's career meant to him. 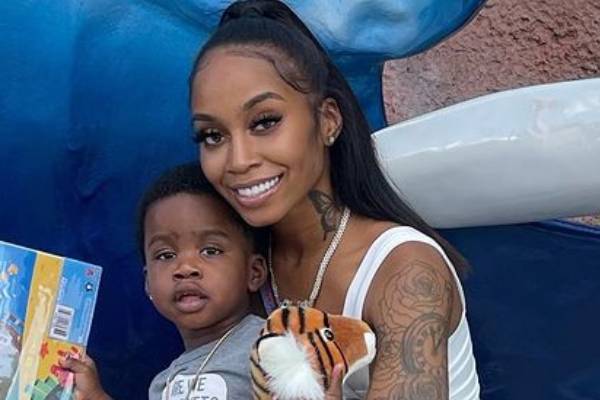 The duo is extremely enamored with their son and frequently share images of him on their respective social media. The parents have even created a separate Instagram account for their son, where they post gorgeous photos of themselves and their child.

However, like everyone else's, their relationship has not been without trouble. While the pair has shared numerous photos of their child on social media, both Polo G and his girlfriend have now deleted all the pictures of their significant other from their Instagram, adding to the rumors of their split.

Similarly, Crystal Blease has also been accused of cheating on her partner with his best friend. The cheating claims first surfaced in July 2021, but there are many different versions of them, with some claiming that Polo's friend is gay and others claiming Blease cheated on her partner with a mysterious man.

Crystal Blease's baby daddy, Polo, slammed down the rumors about the cheating allegations. The businesswoman herself asked people to stop saying that she cheated. Moreover, she even said that having an affair while single is not cheating.

This remark gave more fuel to the rumors about Crystal and Polo's split. However, there have been no more rumors about their relationship, so we can't be sure if they're still together.

Do you think Crystal Blease and Polo G are still in a relationship?