Colin Mochrie is a popular comedian, best known for his performance at Whose Line Is It Anyway. Photo Source: Social Media.

Colin Mochrie is a well-renowned personality in the entertainment industry. He is best known for his improvisational comedic skills. Moreover, the comedian is famous for his appearances on the British and US versions of the television show Whose Line Is It Anyway. The latter soared his popularity to new heights and made him a household name in both U.K. and America.

The star is also a talented actor with more than a hundred acting credentials under his belt. He has acted on movies, television series, animations, etc. For his contribution, the Canadian actor has been a nominee for ten Canadian Comedy Awards, and he won five of them. As well, he received an Award of Excellence at the 2010 ACTRA Toronto Awards.

Here, we will go through the important events of Colin Mochrie's life.

The comedian was born, Colin Andrew Mochrie, on November 30, 1957, in Kilmarnock, Scotland. His father worked as an airline maintenance official. Likewise, Colin Mochrie's mother mainly raised him in his childhood. The family also immigrated to Montreal, Quebec, and later moved to Vancouver in 1969.

The media personality is the eldest out of three children. He often quarreled with his younger brother and was protective of his sister. Still, the siblings share a good bonding. 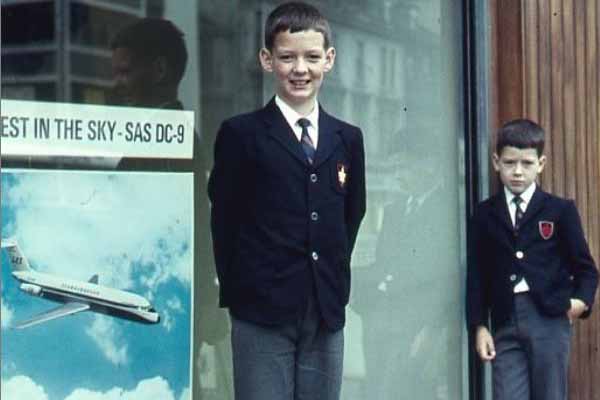 The entertainer was admitted to Killarney Secondary School. Initially, he dreamt of becoming a marine biologist, but his plans came to a halt after acting on a school play. Moreover, after performing in the show titled The Death and Life of Sneaky Fitch, the young guy was sure of choosing a comedian career. He was also good at academics and was a valedictorian during his graduation.

After that, Mochrie enrolled at Studio 58, a professional theatre training school. There he mastered the art of improvisational comedy. After graduation, the artist began his comedy journey.

Colin Mochrie Net Worth And Career

The Scottish-born actor is a legendary figure in the entertainment industry. He has played on numerous movies and television shows over the years. As such, Colin Mochrie's net worth mainly comprises his earnings from his comedian and acting careers. It also includes his income from his appearance on commercials and as a guest on shows. 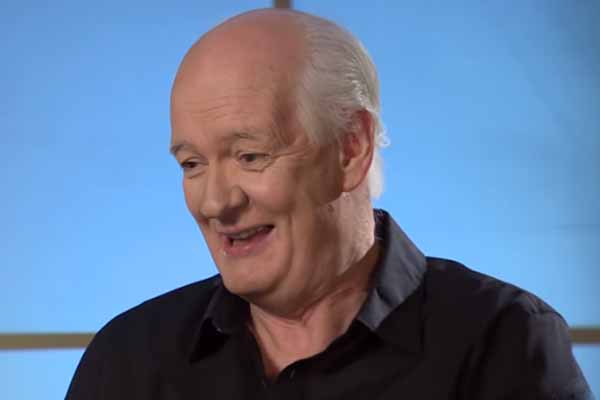 Colin Mochrie is one of the highest-paid comedians in the entertainment industry. Photo Source: Social Media.

The social personality has been in the industry for more than three decades. As a result, Mochrie has accomplished a fortune from his career. Moreover, according to Celebrity Net Worth, Mochrie's net worth is $1 million. It is estimated after the deduction of his income taxes and other expenses.

Earnings From Career As A Comedian

Aforementioned, right after university graduation, Colin Mochrie began working with Theatersports League in 1980. He had a difficult time initially due to the lack of audience. At that time, the entertainer met Ryan Stiles, with whom the improviser eventually started working together. Afterward, he joined The Second City in late 1986.

Colin performed in many skits during his time with the comedy troupe. He also expanded his skills and participated in co-writing, producing, and directing the shows. After three years of working, the Canadian comedian parted ways with the company and began auditioning for television shows. He first auditioned for the British broadcast of Whose Line Is It Anyway in 1989 but couldn't get the part.

Still, the theatre artist didn't give up and tried for the second time in 1990. This time he got the cut and flew to London. However, Mochrie only appeared in one episode of the show. Nevertheless, he eventually became a regular host after his third audition and worked for seven years till the show's ending in 1998.

After that, Colin joined the American version of Whose Line Is It Anyway in 1998. He was joined by his former co-worker Ryan Stiles, and two showed great chemistry on the screen. Furthermore, the duo's bickerings and interactions made the program more spectacular. Their improvisational dialogues were consistent which made the show popular among the audiences.

The show aired on ABC and ABC Family until 2007. After its ending, the tv personality paired up with Brad Sherwood to create a two-person improv show named An Evening With Colin and Brad. Additionally, the co-stars also hosted some part of the Press Correspondents' Dinner with the President. They also performed at the Radio and Television Correspondents' Association Dinner.

The CW revived Whose Line Is It Anyway on July 16, 2013, with Aisha Tyler as a host. Alongside Mochrie and Stiles, Wayne Brady, Greg Proops, Jeff Davis, Laura Hall, etc., are regulars. Furthermore, the program has been thriving in its last seventeen seasons with high ratings. Its eighteenth season is set to premiere in October 2021.

The improviser has appeared in all of the episodes of the show till now. Thus, Colin Mochrie's net worth must have increased over the years, considering his outstanding performances.

During his time at the British version of Whose Line Is It Anyway, the entertainer was offered lots of commercial roles. He appeared in the advertisements for detergent, snacks, and many other products. Soon, the commercial actor began acting as a minor character in television series and films. He also performed in three episodes of The Drew Carey Show.

The performer also did a voice-over for the animation series George and Martha from 1999 to 2000. Additionally, he was a regular cast member for Blackfly in 2001 and 2002.

Moreover, for his role in Jane White Is Sick & Twisted, Mochrie received the Best B-Movie Hollywood Appearance award in the 2002 B-Movie Award. In addition, he won two WGC Screenwriting Awards for his contribution to This Hour Has 22 Minutes.

The actor has worked on numerous movies over the years. Some of their box-office collections are listed below:

The media person is also a protagonist for the comedy horror Cherrypicker. The film is set to release in 2021. Thus, with such vast acting credentials, Colin Mochrie must have made a considerable amount of money over the years.

Alongside being a hilarious comedian, the Canadian actor is also a family man. He is married to the Canadian actress and comedian Debra McGrath. Moreover, the latter is best known for her movie Expecting, which won the most popular Canadian film at Vancouver International Film Festival in 2002.

Colin Mochrie's wife is also one of the famous comedians in Canada. The pair met at the Second City National Touring Company. Colin was performing with the troupe whereas, Debra was the director of the group.

Furthermore, the couple developed an instant liking towards each other and later got married in 1989. They also collaborated on the CBC television show Getting Along Famously.

Even after three decades of marriage, the duo is still going strong. In addition, Colin Mochrie's wife, Debra McGrath, doesn't have her own Instagram account, but her husband often posts her pictures on his account. 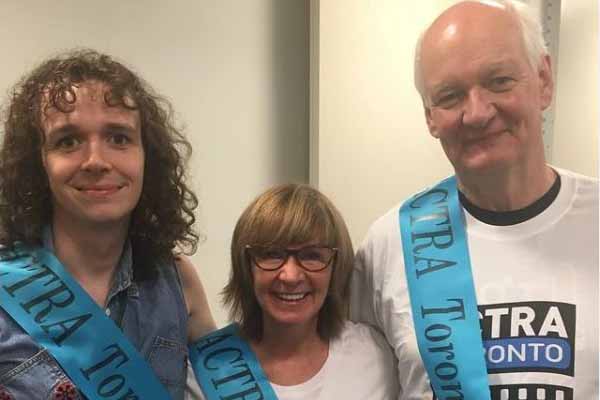 Colin Mochrie and his wife, Debra McGrath, accept their daughter as she is. Photo Source: Colin Mochrie's Instagram.

The Comedians also have a daughter together. Colin Mochrie's daughter, Kinley Mochrie, is openly transgender and proud of her identity. Moreover, the media personality is supportive of his daughter's sexuality and loves her unconditionally. He also fights back against the internet trolls who post negative against his child.

Additionally, both parents work as activists and advocates of the LGBTQIA community alongside their baby girl.