Amy Corbett, nicknamed "brickmaster" for her appearance as a judge in the American version of Lego Masters is a Scottish senior designer and the product lead at the Lego group.

The English Lego set designer, Amy, has successfully turned her youth passion for creative designs into a fruitful career. Moreover, she spends the majority of her time carving innovative blueprints for products she loves.

Today, let us take a look at Amy Corbett's biography and get insight into how she was able to convert her childhood dream into reality.

Amy Corbett was born on 2nd July 1988 in the most populous city in Scotland, Glasgow. The young Brickmaster was raised in the small village of Uplamoor by her parents, together with her brother.

Growing up, Amy was a creative child and used to doodle the designs of products and toys in her spare time. Furthermore, she was really into maths. In her youth, she considered pursuing careers such as fashion designer and artist before realizing that toy designing was even an option.

Not Lego Obsessive As A Child

Today, Amy is recognized worldwide for her appearance as a judge on the popular American TV series called Lego Masters. She provides her critics to the contestants' designs and gives ideas for improvement. However, who could have guessed that she was not a Lego-obsessed child?

Although she occasionally played with Legos with her brother, she grew detached from the toy as she got older. As such, she stopped playing with Lego and turned her attention towards studies. 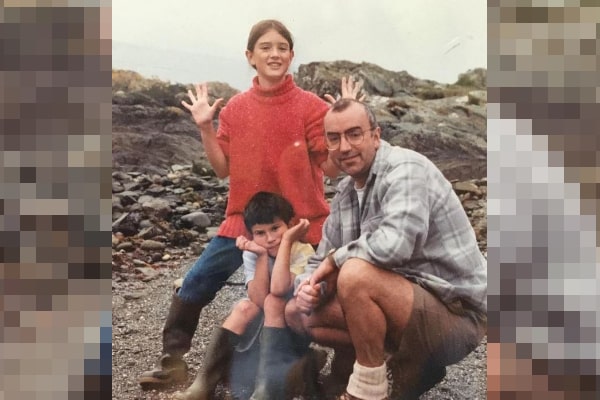 Growing up, Amy Corbett occasionally played Lego with her brother but was never obsessed with it. Photo Source: Amy's Instagram.

Corbett attended Eastwood High School in Newton Mearns, where she studied sciences and maths alongside art and design. Afterward, she earned her master's degree in product design engineering from the University of Glasgow and Glasgow School of Art.

From her childhood hopes of becoming a fashion designer to judging an American television program, the British designer Amy Corbett's career has been a "rollercoaster" ride.

Aforementioned, after completing her master's degree in Product Design Engineering in 2008, Corbett spent about three months assisting a non-government organization (NGO) in Botswana. The NGO was devoted to the creation and implementation of sustainable projects.

As previously stated, Amy loved designing and was really into the arts in her early years. Subsequently, she successfully converted her childhood dream into reality when she landed a junior designer job at Lego Friends in 2013. 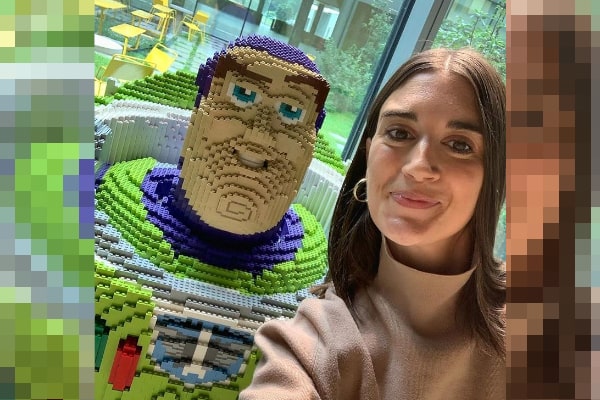 Amy was responsible for inventing new sets and other product lines for the group. Additionally, her continuous work in the industry as an innovative set designer was praised by colleagues and customers alike. Thus, she worked with the Lego Disney line and became part of the concept team for the film The Lego Movie 2: The Second Part.

Afterward, Corbett's team founded Lego DOTS, which is tasked with designing a custom blueprint for daily items like jewelry and picture frames.

However, Amy rose to prominence and gained international fame thanks to her appearance as a judge in the American edition of Lego Masters. Her Scottish accent became popular with the US audience. In addition, her critics and creative feedback were well-received by the participants as well.

Amy judges the show alongside Jamie Berard while Canadian-American actor Will Arnett is the host. Moreover, the competitive series' second season premiered on 2nd June 2021.

Amy Corbett Net Worth And Earnings

The English TV personality Amy Corbett has established herself as a successful figure in the Lego industry. Besides, as she often flaunts a lavish and carefree lifestyle on her Instagram, many people are eager to find out about all the fortune Amy has amassed over the years.

Amy Corbett's net worth primarily consists of her earnings as a Lego set designer. As reported by ZipRecruiter, the average annual salary of a Lego designer is around $50,000. But since she is the Senior Design Manager for the company, Amy's salary must be considerably larger than the average amount. 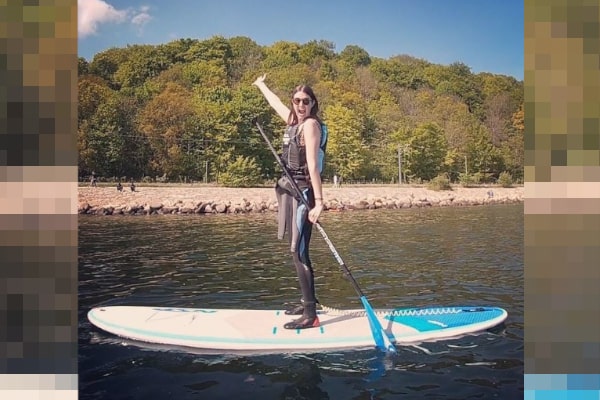 Amy Corbett is able to fund her lavish lifestyle thanks to her income as a Lego set designer. Photo Source: Amy's Instagram.

Additionally, Amy has worked with Disney Lego and even became part of the famous movie, The Lego Movie: 2. Even though her income from these projects is not disclosed, she must have collected a big paycheck for her work in them.

Likewise, Amy first appeared as the Judge of Lego Master in 2020. The show became an overnight hit and gathered international acclaim. As a result, Corbett returned for season two in 2021. Although her exact revenue from the show is unknown, as one of the judges of the show, Corbett must have generated some serious cash.

With many other projects with the LEGO Group on the horizon, Amy Corbett's net worth will likely grow at a rapid rate.

Who is Amy Corbett's Boyfriend?

The Scottish Lego designer Amy Corbett has gained international acclaim after her debut as a judge on Fox's reality TV show Lego Masters. She regularly offers constructive criticism to the contenders and provides ideas for further improvement of the design.

The beautiful personality has been well-received by the audience and has been admired widely. Consequently, many people are curious to find out about Amy Corbett's boyfriend and love life.

Unfortunately, Amy has been adamant about keeping her relationship status secret and has not commented on the rumors surrounding her dating life. Furthermore, there is no indication of love or romance in any of her social media accounts.

Are the "Brickmasters" Amy And Jamie Dating?

Going through Amy's Instagram posts, one might easily mistake Jamie Berard for her boyfriend, as she has shared pictures with him multiple times. However, Jamie is just Amy's colleague and co-judge in Lego Masters. Moreover, she has mentioned him as her "BFF (best friend forever)" on more than one occasion.

Nevertheless, Amy seems to be single and happily so. In addition, she is more focused on her job than her romantic life. As such, she might have little to no time to engage in any affairs or relationships. 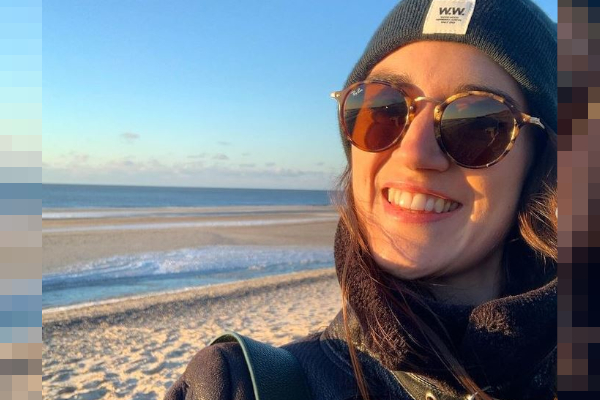 The judge of the popular show Lego Masters, Amy Corbett, seems to be enjoying her single life very much. Photo Source: Amy's Instagram.

However, Amy is bound to find a partner with a similar interest soon enough. And as we wait for the day to arrive, we would love to get more insight into her professional and personal life.