Amy Belle found fame after performing with Rod Stewart in one of his concert. Image Source: Amy Belle Facebook.

British rock and pop star Rod Stewart is one of the most successful musical artists in the world. He has sold millions of records worldwide and has secured many number one albums and singles in the UK. Because of his popularity, many artists who have performed alongside him have also found immense fame. And one such artist is Amy Belle.

Belle came into prominence after she performed a song with Rod in one of his concerts. She has utilized her newfound fame to further her career and found success. However, much of her life is still a mystery to many, so we have gathered some information about the talented singer, including her career trajectory, family life, and relationship.

Stick with us till the end to know more about Amy Belle's biography and many other personal details.

Amy Belle was born in 1981 in Glasgow, Scotland. She is reportedly one of four children of her parents. Belle's siblings, a sister, and two brothers are all older than her. According to her profile on the Dharma Records website, music has surrounded Amy's life since infancy. As a result, she left school at the age of fourteen to dedicate her full time to the music. 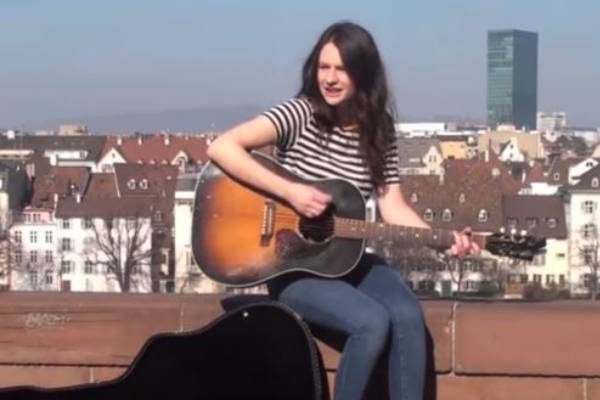 Amy Belle left school at the age of fourteen and started busking in the street of Glasgow. Image Source: Social Media.

To pursue a career in the field of music, Amy moved to London from Glasgow at the age of seventeen. Amy Belle's parents must have been very supportive of their daughter's dreams as they let their young daughter move to the big city. She has not looked back since and has continued to charm people with her talent and charisma.

Amy Belle Net Worth And Career

The Scottish singer's life had centered around music from an early age, and she was already busking or playing music in the street after leaving school at 14. She then moved to London three years later in hopes of making it big in the music industry. And there, she was signed up to a pop-folk girl group named the Alice Band.

With the band, Amy got a record deal and was pretty excited to start her career. However, the group reportedly had very little control over their art and career, so Belle was disappointed and three years later left to start busking again. While performing for strangers on the streets might not be the preferred method for musicians, Amy did it so she could pay for her housing and meals.

Amy Belle's earnings as a street performer depended on the people and foot traffic. Somedays, she made little to no money when other days people would give her a huge sum. One such example was a man giving her £100 or $139 and Belle enjoying a night out with friends in the pub with the same money.

However, one chance encounter with Rod Stewart's management changed the talented singer's life in 2004. She was invited to join the musician on stage during his concert at Royal Albert Hall. While nervous about performing in front of a big crowd, Belle performed a beautiful rendition of I Don't Want To Talk About It with Stewart in October 2004. This became a turning point in Amy's life.

Belle was then introduced to many high-profile producers and moved to LA to work on her music. She put out Lost in the Shortcut, a collection of songs written by herself with the help of Eg White and Paul Statham. Amy's album is available on Amazon and costs $9.49 for an MP3 version and $40.71 for an Audio CD. She has also written songs for stars like Miley Cyrus.

Even though she worked with many popular producers, the Scottish star's solo career did not result in expected success. So she returned to Glasgow and continued busking. Nevertheless, Amy Belle's net worth must have seen a significant increase after releasing her debut album and writing songs Giving You Up, and Talk Is Cheap for Cyrus.

Then in 2009, Amy Belle formed a new band called Nugent & Belle with Audrey Nugent. They performed at various pubs and were invited to record an album at Scottish pop singer KT Tunstall's studio. The duo also was the warm-up act for Robert Plant's show, and Belle once again performed at the Royal Albert Hall but now as a part of the Nugent & Belle. 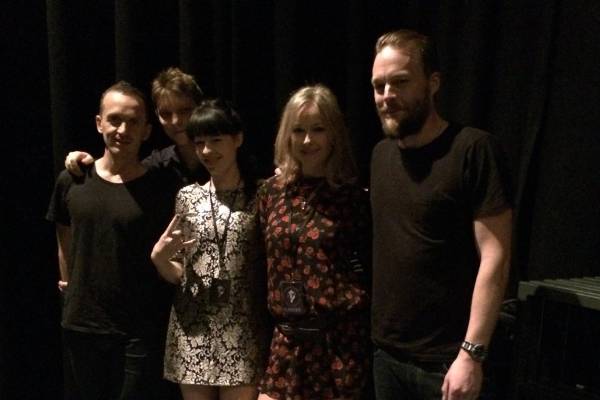 The musical duo also released an album titled Seeing Stars which consists of tracks like Doves, Little Bird, True North, and Bones. The record might have done well in the UK, seeing that the duo also performed live in front of thousands of people.

While the band Nugent & Belle seems to have split now, Amy Belle's net worth must have benefitted from the earnings from performances and record sales. Also, according to Amy's Facebook, in 2019, she was performing with, The Angeles. It is unclear if Belle is still with the band, but let's hope we get to hear more of Amy's beautiful voice in the coming days.

Just like Amy, Leonardo Aguilar has also found fame from his music career.

While much of the talented musician's professional career has been out in the open, Amy is very secretive about her personal life. She rarely talks about her relationship, but in an interview with Scottish Daily Mail, Belle revealed that she was a married woman.

According to the 2015 article, Amy Belle's husband is a solicitor. However, the identity of the man who managed to steal the singer's heart is unknown. The pair may have welcomed children together, but since both of them prefers privacy, there is no confirmed information about it. But we hope that Amy opens up about her life in the future.