Aleksander Čeferin is a Slovenian national who's a soccer administrator and a lawyer. Čeferin became the president of UEFA on the 14th of September, 2016 after being affiliated with soccer since the early 2000s. Despite not being involved in soccer as a player himself, Čeferin's passion for the sport led him into soccer law and affiliation with UEFA down the line. Čeferin has been an important figure in the world of soccer ever since his appointment as the UEFA president in 2016.

Aleksander Čeferin has been a token of stability in UFEA ever since the suspension and subsequent ban of the sixth UEFA president, Michel Platini, and a year-long reign of Angel Maria Villar as the acting president. Under Čeferin's governance, the introduction of the UEFA Europa Conference League was brought into action to develop and expand the sport throughout the minor leagues and smaller clubs in Europe. Unlike his predecessors, Čeferin had to deal with the effects of the Covid-19 pandemic and its effects on European soccer. Still, his team made the best of the situation by concluding all the scheduled tournaments with the minimum disruption possible.

Aleksander Čeferin was born in Ljubljana, a city from the socialist Republic of Slovenia or SR Slovenia. During his birth, SR Slovenia was a part of the Socialist Federal Republic of Yugoslavia. After the dissolution of SFR Yugoslavia in 1992, Slovenia became a republic country, resulting in Čeferin being a Slovenian national. On 13th October of 1967, Aleksander was born into a family with a parent in the legal field. Aleksander Čeferin's father, Peter Čeferin, born on 28th June of 1938, is a Slovenian attorney, professor at the University of Ljubljana, and author having written articles related to the law practices. Similarly, Aleksander Čeferin's mother's name was Ana Čeferin.

Aleksander Čeferin is among the three children of Peter and Ana. His only brother's name is Rok Čeferin, who was also born in Ljubljana. His sister, Petra Čeferin, on the other hand, is an architect and was born in 1969.

Čeferin was raised in his home city of Ljubljana and completed his education there. He enrolled at the University of Ljubljana to pursue Law. Aleksander joined his family's law firm after his graduation and developed a special interest in representing sports clubs and professional athletes.

Aleksander Čeferin's career progressed into what it is now following his initial enthusiasm for law in sports.

Aleksander Čeferin took a formal interest in local soccer since his collaboration with the futsal club of FC Litija. Likewise, Čeferin served as a member of NK Olimpija Ljubljana for five years starting from 2006. In 2011, Aleksander Čeferin's career in the UEFA developed as he was elected the President of the Football Association of Slovenia. Along with this, Čeferin served as a second and third vice-chairman of UEFA's legal committee from 2011 to 2016.

Čeferin was elected as the seventh President of UEFA on 14th September of 2016 and the vice-president of FIFA in the process. Čeferin beat Michael Van Praag with more than three times the votes that his opponent obtained. Straight into his presidency, Čeferin prioritized the adoption of good governance reforms and composed reformed guidelines approved in April of 2017. One of Čeferin's goals is to improve the competitive balance among the elite clubs and the rest of the other clubs of Europe. As a prudent move towards that objective, UFEA launched the Europa Conference League in 2021, with its inaugural season in 2021-22. Čeferin's presidency has also focused on the development of women's soccer in Europe.

The influential work performed by Čeferin during his first tenure as the President of UEFA resulted in him being re-elected for a new four-year term on 7th February of 2019. During his second time around as UEFA's president, he had to deal with the Coronavirus pandemic and its effect on European soccer. Čeferin and his team in UEFA made the best out of the aforementioned situation. UEFA concluded all the scheduled tournaments with the minimum disruption possible, despite months of hiatus during 2020.

The news of the European Super League formed by 12 of Europe's top clubs created a massive hurdle that Čeferin and his team at UEFA had to face in April of 2021. Čeferin, as the strong-willed and smart person that he is, stood his ground and expressed his opinions and decisions about the matter. His decision to not tolerate such a breakoff league ended up causing the dissolution of the proposed tournament.

UEFA recorded total revenue of €3.04 billion or $3.65 billion in 2019-20 with almost 20% of dwindling from the previous year due to the pandemic. The president of such a massive organization is likely to get paid a colossal amount for his service.

Aleksander Čeferin was elected as the chairman of the UEFA Foundation for Children in November of 2017, which works for the welfare of children, as the name would suggest. Čeferin has been able to put his fortune to good use, contributing to various charities and humanitarian organizations. Furthermore, he joined the soccer-led charity movement Common Goal with a pledge to donate 1% of his salary for the movement.

Aleksander Čeferin's net worth would surely allow him to enjoy a lavish life along with his wife and kids.

Aleksander is married to an artist whose work has been featured at the Museum of Contemporary Art Metelkova. Aleksander Čeferin's wife, Barbara Čeferin, is also from Slovenia. Unlike Aleksander, she was born in Celje, Slovenia, on the 21st of July, 1968. Additionally, both of the couples graduated from the University of Ljubljana.

Since the pair has not disclosed much about their personal life, it is unknown when they tied the knot with each other. The pair have been married to each other for a long time and are parents to three children. Though Čeferin's kids' names have not been revealed, it is a known fact that he loves his kids and his wife very much.

Finally, whatever sort of challenges Čeferin decides to embark upon in the future, we hope he stays happy and lives a healthy life with his wife and kids. 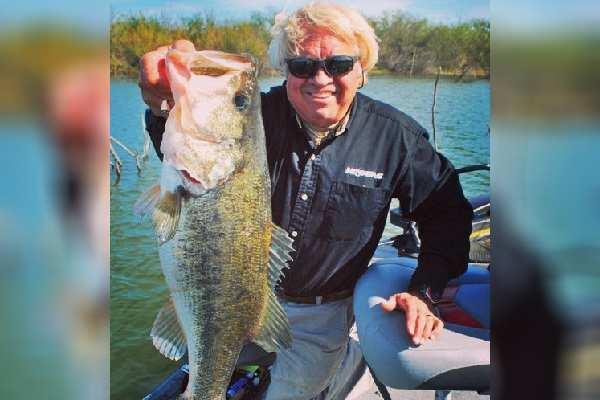