Aaron Paul Sturtevant, best-known as Aaron Paul, is a successful American actor. He is popularly known as 'Jesse Pinkman' in the critically acclaimed TV series Breaking Bad. He has built a huge reputation and a sublime career outline throughout his life.

From dreaming of being an actor as a child to winning awards for his sensational performances as one, Aaron Paul has become a celebrated Hollywood Star everyone loves to know about. Let’s have a quick peek into his life.

Aaron Paul was born on the 27th of August, 1979, which makes him a Virgo. Aaron Paul is the youngest son of Darla (Haynes) and Robert Sturtevant. He grew up alongside three siblings including his sister, Danielle Hart, in a city surrounded by beautiful landscapes called Emmett, Idaho, U.S.

Although born as a premature child, Paul was healthy and showed the signs of a performer at an early age. Growing up with a retired Baptist minister father, he started performing at religious plays in a local church. Soon, he decided to be an actor while studying in the eighth grade at Centennial High School in Boise, Idaho where he graduated in 1997.

After graduation, Aaron Paul started a new chapter in his life. He moved to the City of Dreams: Los Angeles at 17 with his mom. The cute doll-faced boy with oceanic blue eyes only had a few thousand dollars savings and a strong desire to pursue acting as a profession when he first came to LA. As a struggling actor, he initially began working as a model on music videos and commercials.

Many don’t know this, but Aaron Paul started his journey with his mother, Darla, who helped him reach LA in 1997.

During his mid-20s, Aaron Paul started his career in small modeling jobs. He starred in two of Korn’s heavy metal music videos and did commercials for Juicy Fruits, Corn Pops and Vanilla Coke. Like others, he also faced struggles during his early career and was constantly searching for legitimate Hollywood roles. 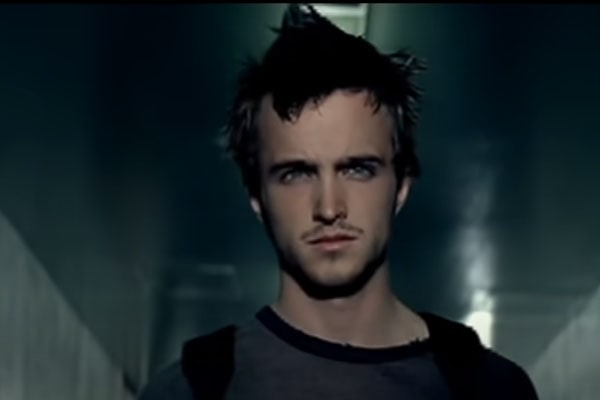 Let’s look at the career highlights of Aaron Paul in brief.

Looking back at history, Paul admits he did some quite bizarre roles during the struggling phase of his career. In an interview on ‘Tonight Show With Jay Leno,’ he was seemingly horrified to see his debut acting role on the drama series ‘Beverly Hills 90210’ and described it as an awful performance.

Similarly, he did small roles in Melrose Place, 3rd Rock from the Sun, The Guardian, Criminal Minds, CSI: Miami, Ghost Whisperer, Bones, and many more. Aaron finally got his big break in Mark V. Olsen and Will Scheffer’s drama series ‘Big Love,’ which was aired on HBO from 2006 to 2011. He has also worked in a popular sci-fi series, Westworld. And, of course, the generation-defining TV show: Breaking Bad had a massive impact on Aaron Paul’s career. 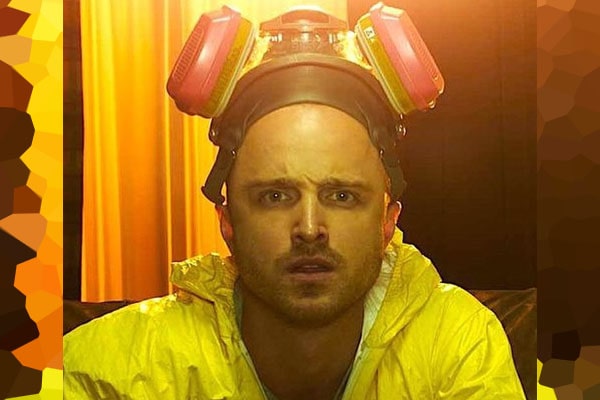 At the age of 27, when Aaron Paul was struggling to pay his bills, he got the biggest break of his career: Breaking Bad. Created by Vince Gilligan, AMC’s Breaking Bad (2008-2013) was ‘life-changing’ as described by Aaron. The drama series became an instant hit, winning multiple Emmy awards, including three for Paul for Outstanding Supporting Actor in Drama Series in 2010, 2012, and 2014.

Besides TV shows, Aaron Paul was also active on big screens. His notable appearances include Help! I'm a Fish, K-PAX, Bad Girls From Valley High, Choking Man, Mission: Impossible III, and many more. From debuting as a teenage dumbo in the classic comedy ‘Whatever it Takes’ to a murderous maniac in the thriller ‘The Last House on the Left,’ Paul was gradually leveling up in his profession.

At the height of his career, he was featured in a bunch of blockbusters such as Smashed, Exodus: Gods And Kings, Need for Speed, Eye in the Sky, Triple 9, and Central Intelligence. During these movies, he got the chance to work with the likes of big stars like Tom Cruise, Christian Bale, Hellen Mirren, Casey Affleck, Kevin Hart, and Dwayne Johnson.

In 2019, Paul returned as Jesse Pinkman in El Camino: A Breaking Bad Movie that served his loyal fans as a sequel to the TV series Breaking Bad.

Net Worth And Entrepreneurship

According to Celebrity Net Worth, Aaron Paul's net worth is $20 million. He earned his fortune mostly from his professional background, i.e., acting.

Aaron Paul has worked in huge budgeted movies like Need For Speed, Central Intelligence, and Exodus: Gods And Kings, accumulating a box office collection of millions of dollars, which has certainly added to Paul’s net value. Not to mention, worldwide hits like Breaking Bad, which was also financially profitable for Aaron Paul as its annuity will increase his wealth for a long time. It is reported that Aaron Paul's salary was peaked at $200,000 in the final episodes of the series.

The world was awestruck with the scintillating pairing between Bryan Cranston and Aaron in Breaking Bad. Not only on the screens, but both actors are best of friends in real life too. The brother-like relationship was taken further when the iconic duo launched a business together. Don’t worry, Breaking Bad fans; it’s not a meth lab! 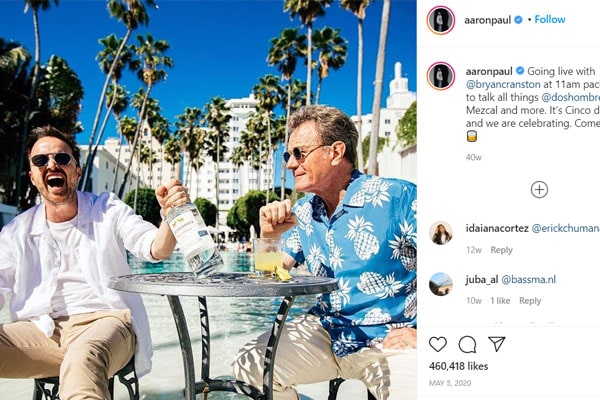 Dos Hombres, a mezcal-brand drink made in Oaxaca, was officially launched in 2019. The business is slowly gaining popularity, which also could be a major income source in the future for Paul and Cranston.

And with the actor's many acting projects yet to be released and more, it won't be a surprise to see a rise in Aaron Paul's net worth.

Being a celebrity of such caliber, it's obviously hard to keep your life a secret. So it is public knowledge that the actor is married to American actress and director Lauren Parsekian. Aaron Paul's wife is also the founder of the Kind Campaign. The two first saw each other in Indio, California, at Coachella Festival in 2010, got engaged on New Years Day of 2012, and married in 2013 in Malibu, California.

The couple welcomed their baby daughter, Story Annabelle Paul, in February 2018. The family of three currently resides in Idaho.

Aaron Paul and his wife Lauren Parsekian have built a beautiful Rustic Riverside Home in the village of Idaho. Evoking his best childhood memories, the Paul couple wanted to add Idaho's native warm feeling to their residence. Away from the city crowd, the beautiful house is located on Payette Lake's shores, which is constructed on a five-acre land and is designed with custom wood and exotic stones that add to the beauty of their home.

Having a luxurious home certainly adds to the fame of the star and his family. With his wife and daughter, Aaron Paul has been living in this paradise for over two years now.