The brands like Mac, Aramis, Aerin, Clinique, La Mer, Too Faced, and many more are well-known household makeup products. But how many of you are aware of the master company that owns them all? All of these mentioned brands and many more belongs to Estée Lauder Companies. And in this article, we will discuss one prominent personality who has spent a lifetime for the company's significant growth. And that person is none other than Evelyn H. Lauder, wife of Leonard Lauder and daughter-in-law of Estée Lauder.

The story of Evelyn is quite inspirational. She went from being a refugee to one of the most influential women. This article will discuss Evelyn's family life, career, achievements, and net worth.

Evelyn was the only child of Ernest Hausner and Mimi Hausner. Her father owned a lingerie shop. In 1938, the Hausner family left Vienna after Hitler annexed Austria. They used their silverware to obtain visas to Belgium. From Belgium, they left for England, and as soon as they reached there, Evelyn's mother was immediately sent to an internment camp on the Isle of Man. During that time, Mr. Hausner placed Evelyn in a nursery until her mother was released and he could earn some money.

The Hausner family endured some tough times while Evelyn was still a child. In 1940, they left for New York, their new home for the upcoming generations. Evelyn's father worked as a diamond cutter during the war, and in 1947, they bought a dress shop in Manhattan called Lamay. Over time the shop was expanded to a chain of five shops. Even though she soared high up in success later in her life, she came from a humble beginning.

Was Married For 52 Years

Everywhere we go leads us toward our destiny. Hadn't she come to New York and had one thing been different, she wouldn't have met her husband, Leonard Lauder. Evelyn graduated from Hunter College High School in 1954. After that, she studied Psychology and Anthropology at Hunter College, a part of the City University of New York, and graduated in 1958. Evelyn met Leonard on a blind date during her freshman year. At that time, Lauder was a lieutenant in the U.S. Navy. The couple got married on July 5, 1959.

Leonard and Evelyn weren't just life partners but also business partners. Together they created a huge cosmetic empire and were a perfect match for each other. Unfortunately, Evelyn died on November 12, 2011, at her home in Manhattan. She was 75 and was battling her second fight against cancer. She had non-genetic ovarian cancer. After her death, Leonard Lauder found another chance at love again and married Judy Ellis Glickman on January 1st, 2015.

When Evelyn and Leonard got married, the Estée Lauder Company wasn't as big as it is now. Leonard's mother, Estée Lauder, founded the company in 1946. At the time, the company only had a handful of products: red lipstick, creams, lotions, and Youth Dew fragrance in bath oil. Evelyn didn't join her husband's company right after getting married. Instead, she worked as a public school teacher for several years before joining the Lauder family business. 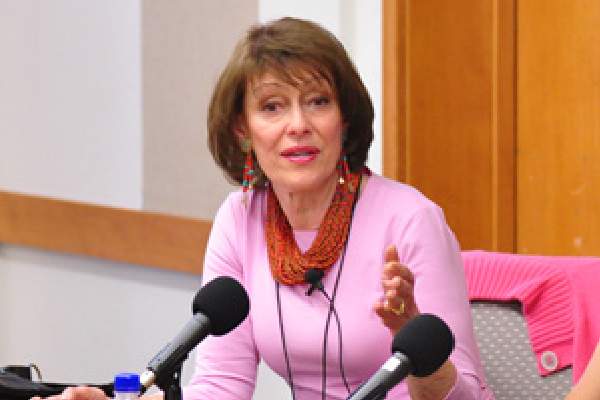 Mrs. Lauder has two sons, William Philip Lauder and Gary M. Lauder. Despite her family's growing wealth, she never wanted to be a stay-at-home mom. So after leaving her job as a school teacher, Evelyn took on a full-time job at Estée Lauder and handled many roles there as the director of new products and marketing. Lauder was an executive at Estée Lauder and created the Clinique brand and its product line.

Apart from being a successful businesswoman, Evelyn H. Lauder was a philanthropist. After her breast cancer diagnosis in 1989, she used her experience to raise awareness of the disease. And in 1992, Lauder, along with her husband Leonard, and friend Alexandra Penny, then editor of SELF, set up the Breast Cancer Research Foundation at Memorial Sloan-Kettering Cancer Center. The facility is known today as the Evelyn H. Lauder Breast Center, which offers prevention, diagnosis, and treatment services under one roof.

Lauder personally raised much of the $13.6 million, with an additional $ 5 million to fund clinical research. Evelyn was also the one who created the signature pink ribbon. Her initiative has now become the international symbol of breast cancer awareness.

So what could be Evelyn Lauder's net worth, who was an active working wheel of such a huge business empire? It's a common curiosity among many. However, the exact numbers are unknown. Evelyn was known for her ability to gracefully dodge questions she had no intention of answering. So we do not know her net worth, but considering the company she was handling, which is worth billions, it is safe to say that Evelyn Lauder's net worth was also in the billions.

Evelyn led an extraordinary life with grace, charm, and extraordinary compassion. At the time of her death, nearly 1500 people attended her funeral, and the Empire State Building was lit pink in her memory. Though gone, Evelyn H. Lauder will always be remembered for her work and contributions.