Brittany Matthews is a well-known name in the celebrity circle. She is a former soccer player of UMF Afturelding/Fram. Furthermore, the athlete has played soccer in both high school and college before joining the team. She is also a fitness trainer and owns her own fitness company named Brittany Lynne Fitness.

The celeb is also associated with the American football quarterback Patrick Mahomes II. He is currently playing for the Kansas City Chiefs of the National Football League. Moreover, Brittany Matthews's boyfriend, Patrick Mahomes, is also the winner of the 2019 Super Bowl. Additionally, he is the youngest quarterback in NFL history to be named Super Bowl MVP.

So, let's go through the career and life details of Brittany Matthews.

The footballer was born on September 1, 1995, in Whitehouse, Texas. Her father, Scott Matthews, had divorced his wife when she was small. Still, he hasn't missed important events of Brittany's life. Moreover, Brittany Matthew's mother, Diana Massey, remarried Paul Massey.

But, sadly, Britanny Matthews's stepfather, Paul Massey, passed away in 2018 after collapsing at the Arrowhead Stadium. He was watching cheering for the Kansas City Chiefs during that tragic event. Since then, Matthews's mother, Diana, has moved on and married Lance. 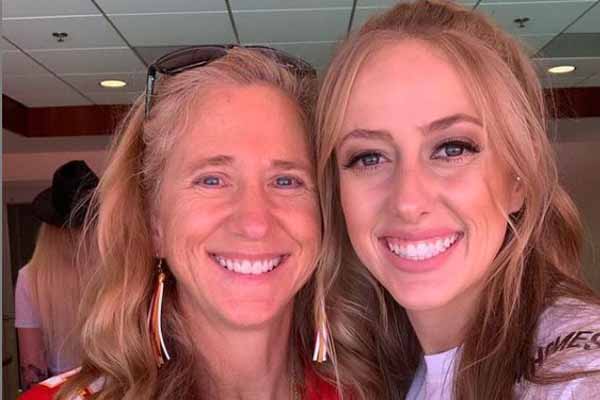 The young sportswoman has always been passionate about soccer. She began playing the sport while attending Whitehouse High School. Furthermore, after graduating, the player joined The University of Texas at Tyler. There she met amazing coaches who inspired her to start a professional soccer career.

The athlete graduated with a degree in Kinesiology in 2017 from UT Tyler. She then completed an internship and joined the sports team to pursue a professional career.

Brittany Matthews Net Worth And Career

The media personality began her career as an athlete and later turned into a certified trainer. As such, she has made a fortune from her career. So, Brittany Matthews's net worth mainly comprises her earnings from her jobs. Furthermore, it also includes her income from her endorsement and brand deals.

The celeb is endorsed by Balance Athletica, HydroJug, BioSteel, DIME Beauty, Companion Protect, etc. She receives commission fees from the promotion of their products. Additionally, the trainer has signed a partnership deals with KC NWSL in June 2021. She is a part-owner of Kansas City's new women's soccer team. It also benefits her income. 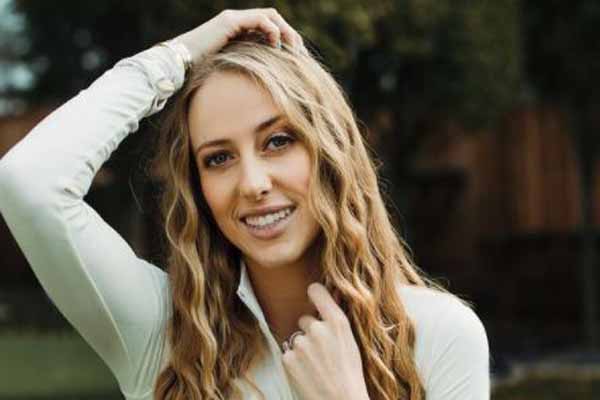 Speaking of Brittany Matthews's partner, Patrick Mahomes II has been named one of the highest-paid athletes in the world. He signed his first contract with Kansas City Chiefs with $16.2 million. It also came with a $10 million signing bonus.

Furthermore, the sportsman has signed a new ten-year contract with the Chiefs worth $450 million. So, according to Celebrity Net Worth, Patrick Mahomes's net worth amounts to $40 million.

The sportsperson made her name as an emerging college star during her time at UT Tyler. She also received offers from many major leagues to play professionally. Furthermore, Brittany Matthews finally decided to join the Iceland pro team UMF Afturelding in May 2017. Her parents and grandmother, Mary Zoellner, were in attendance for her signing.

The soccer player showcased her adaptability and ball controlling skills in many of her matches. She played for five games at the 2017 Women's 2nd Division. Moreover, Matthews scored the goal in her first match against the UMF Alftaness. It was also the third goal of UMF Afturelding/Fram in the overall game.

Afterward, the athlete again showed her soccer prowess in the match against The White Knight on September 2, 2017. She played after halftime and scored the goal right after her entry. It also marked the final and sixth goals of UMFA and made them the winner. 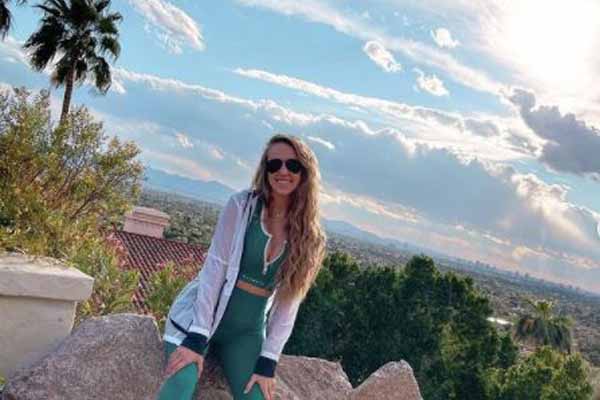 Brittany appeared in the final game of the season and started from the beginning of the match. As a result, she helped UMFA to win the championship in the second division. Additionally, the organizers promoted the Iceland pro team to the 1. deild kvenna for the 2018 season.

After the tournament, the sportsperson left Iceland and went back to her hometown Kansas. She began a new career path in fitness and training. Still, Brittany Matthews's total worth must have risen during her career years.

Income As a Fitness Trainer

Brittany Matthews always focused on fitness and a healthy lifestyle during her time in the sports industry. She also learned strength training, and maintaining fitness helped her to perform better in the fields. As a result, after leaving the soccer career, the sports personality decided to pursue a career as a fitness trainer and created Brittany Lynne Fitness.

Patrick Mahomes' fiancee, Brittany mixes her kinesiology knowledge and personal experiences in her workout regimen. She provides all of her training programs to the clients through her website. Moreover, the fitness trainer's exercise videos are tailored under specific criteria to meet the client's requirements. They are also accompanied by instructions to help the followers to understand and replicate.

Alongside workout programs, Brittany Lynn Fitness also provides a clothing line. Her apparel is designed to be worn during gym time or casually. Some of their pricing are listed below:

The former athlete's training comes in three packages: the full-body workout, lower body workout, and HIIT. It is also primarily followed and purchased by many people. As such, Brittany Matthews's net worth might have increased over the years.

The blonde beauty's relationship with Chiefs quarterback goes back to her high school days. She met Patrick while attending Whitehouse High School. Moreover, the pair had an instant connection due to their similar views and hobbies. As a result, they began dating when the sportsman was in tenth grade.

Afterward, Patrick Mahomes' then-girlfriend, Brittany Matthews, enrolled in UT Tyler, and he joined the Texas Tech University. Still, despite being in a long-distance relationship, the duo never grew out of their love for each other. Their different career paths also couldn't separate them. Moreover, the NFL player visited his partner in Iceland when she was with the Iceland pro team. He reunited with her after her return to Kansas City in late 2017.

Since then, the lovebirds have been closer than ever before. In addition, Brittany never misses out on any of Patrick's matches and always cheers for his team. She also shares his pictures on her Instagram account. Furthermore, Patrick Mahomes finally got on his knees after receiving the Super Bowl LIV ring.

After the ceremony, the Super Bowl MVP led his long-time girlfriend to Arrowhead Stadium's skybox. He had decorated the place with white flowers with a light-up sign asking, Will You Marry Me. Brittany accepted, and they got engaged on September 1, 2020. 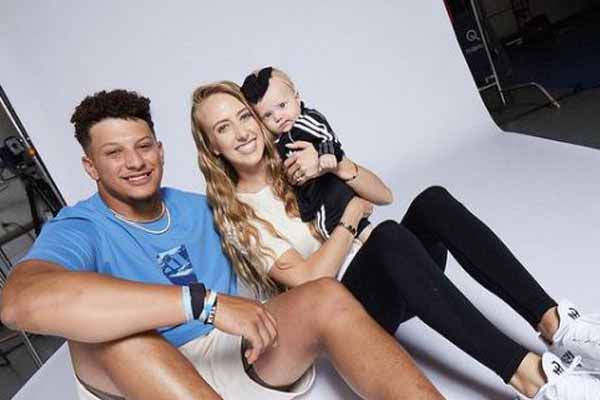 The couple announced their first pregnancy on September 29, 2020. Their baby girl Sterling Skye Mahomes was born on February 20, 2021. Moreover, the partners share pictures of their daughter on their Instagram accounts. They also took her with them on vacations and travels.

Alongside popularity, the amount of hate and trolls also grows. As such, Patrick Mahomes' fiancee Brittany Matthews was body-shamed online after posting bikini pictures on her Instagram account. Additionally, many people accused her of having breast implants. The media personality also slammed back on the haters by posting how only breastfeeding mothers will understand.

Brittany Matthews isn't afraid of living in the limelight and dealing with online trolls. Instead, she is focused on her career and raising her daughter. Hopefully, she will maintain a similar mindset and succeed in the future.