Mixed martial arts is more than just a combat sport; it's a place where aspirational fighters can establish themselves and make a career. Even though it can be challenging, the sport has its benefits. As a result, many people compete to succeed in the MMA world.

Marciano Hernandez, a hardworking American boxer who remained unnoticed until he made his BKFC debut, will be the topic of our discussion today. With just one look, everyone could see how much effort Marciano put into each battle. Although he is new to the field, he is here to stay. Hence, let's learn more about this fighter through this short biography.

All His Siblings Have Grown Up

Marciano Hernandez was born on September 1999 in Wichita, Kansas, USA. The prolific athlete was welcomed into this world by his father, Lewis Hernandez, and his mother, Illy Hernandez. Marciano's parents always supported and pushed him to achieve his goals. Not just a loving son, the athlete is equally a caring brother.

Marciano grew up alongside two brothers, Chooch Hernandez and Nico Hernandez, and a sister, Chello Hernandez. All his siblings have grown up and are exceeding in their professional fields. They share a tight-knit bond and are always there to support each other.

Talking about his educational background, the boxer attended Wichita North High School from 2014 to 2018. Still, not much is known regarding his field of study.

Marciano Hernandez Net Worth And Career

The Kansas native made his professional boxing debut on March 12, 2021, fighting against Billy Stimmel at Convention Hall, Hutchinson. His second boxing match was on May 21, 2021, at Jacobo vs. Cosby fighting against Gabriel Tacu. He won the bout by technical knockout and has a pro boxing record of 3-0-0.

The same year, on October 23, Hernandez made his BKFC debut, winning against Raymond Locker. Furthermore, he fought his second BKFC match on April 8, 2022, against Jerald Gregori.

Moreover, his latest match was against Johnathan Berry at Kansas Showdown on June 25, 2022. Although Marciano is just starting his professional fighting career and is relatively new to the field, he has already proved his skills to the world and gained enormous fame.

Nonetheless, since the Kansas native has won all the bouts he has fought in, we can expect him to have earned significantly. Although Marciano Hernandez's net worth is yet to be revealed, he has made considerable earnings from several fighting events and sponsorships.

Is An Extremely Loving Person

To love and be loved are the two beautiful t that every individual wants to experience in their lifetime. Likewise, the fighter seems to have already experienced this feeling since he is happily in love with Elisa Hernandez. The duo began dating in August 2016 and have been together ever since. 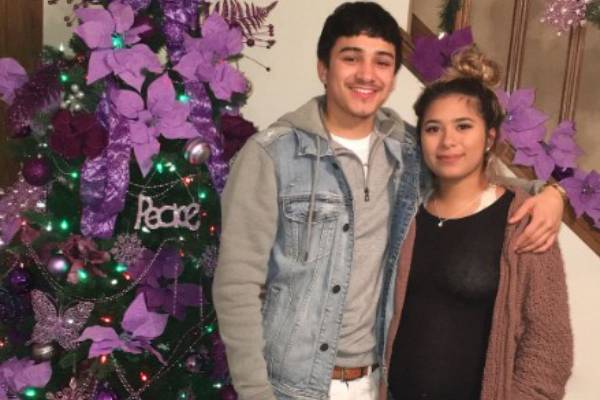 Although it is unknown if they have tied the wedding knot, Marciano Hernandez's partner has addressed herself as wifey on her Instagram account. Whatever the case, the duo share an enduring relationship, and we hope their love will survive against all odds.

Another BKFC fighter with booming personal life is Joey Beltran. He is an American bare-knuckle and MMA fighter.

Loving Father To A Son

Not just a committed partner, Marciano is equally a devoted and loving father of Leovanni Marciano Hernandez. He was born on March 1, 2018. The adorable pair have been raising their son will utmost love, affection, and nurture.

Since Marciano Hernandez's son is still very young, discussing his career this early will not be fair. However, fans keep an eye on him to see whether Leovanni will follow in his dad's footsteps.

To conclude, Marciano is relatively new to the fighting field, but he is definitely a person to look out for. We hope to see him shine in his coming bouts.