Jason Ritter Net Worth Vs. Melanie Lynskey Net Worth - Who Is The Richer Amongst The Two?

Home Net Worth Jason Ritter Net Worth Vs. Melanie Lynskey Net Worth - Who Is The Richer Amongst The Two?.

Jason Ritter is a renowned name in Hollywood as he is one of the best actors in the industry. He is a leading artist who has starred in several top-rated movies. At the same time, the star is married to Melanie Lynskey, a well-known actress from New Zealand. They both have performed excellently in many projects.

The husband-wife duo has amassed a considerable fortune through their successful career in the entertainment industry. So, in today's article, we'll look at how much the pair has amassed and who is the wealthier of the two. Also, how much is the celebrity couple's net worth individually at the moment?

Let's compare Jason Ritter's net worth to Melanie Lynskey's net worth, and find out who is richer.

Jason Ritter Net Worth And Earnings

Jason was raised in a show business family as his parents John Ritter and Nancy Morgan, were both acting figures. Not only that, Jason Ritter's late grandparents, Tex Ritter and Dorothy Fay were also renowned names in the late 1930s. So, Jason started earlier and landed minor roles in his dad's shows at a young age.

Ritter began his professional acting career, appearing in films such as The Real Story of Christmas Tree, Mumford, etc. He now has over hundred acting credits to his name. Hence, according to Celebrity Net Worth, Jason Ritter's net worth is $6 million.

Earnings From Acting And Producing

The multi-talented actor has appeared in many movies and television series, since making his debut in 1991. Since then, he has featured in many projects, which has helped him amass a huge sum of money. His fortune is primarily based on his earnings as an actor. Besides, he has also produced three movies, such as :

The renowned Hollywood personality has also performed marvelously on many blockbuster hits. Let's take a look at some of his films and their box office earnings:

Having starred in such blockbusters, Jason must have been paid handsomely for his service. Besides appearing in various movies, he has also acted in many TV shows like A Million Little Things, Candy, Superstore, Gilmore Girls: A Year In the Life, Person of Interest, etc. In addition, the LA Native also played Mark Cyr in the NBC television series Parenthood, for which he received an Emmy Award Nomination.

While the Parenthood star Lauren Graham made around $175,000, Jason's salary must have also been significant. His earnings must have now increased alongside his popularity and experience. So, it's no wonder that Jason Ritter's net worth is $6M.

Melanie Lynskey Net Worth And Earnings

As mentioned earlier, Jason Ritter's wife is also an accomplished actress. Melanie made her professional acting debut at the age of sixteen in a psychological drama, Heavenly Creatures. Following that, she starred in top-rated tv series like Girlboss, The Shield, Two and a Half Man, Psych, The L Word, and many more.

Melanie was interested in acting from a very young age. Though she got her first role fairly early, it didn't make her star overnight. Instead, the New Plymouth native completed her education and honed her talents by featuring in small roles. Now, with her dedication and effort, she has become one of the best actresses in the industry.

Well, talking about how she gained attention from the audience, her fame rose after appearing on the CBS sitcom Two and a Half Men. Likewise, some sources suggest that Melanie Lynskey's salary was $200,000 to $300,000 per episode for the popular TV series. Later from 2015 to 2016, she appeared in the HBO series Togetherness, for which she was nominated for a Critics' Choice TV Award.

Some of the top-ranked movies that Melanie has starred in and their box-office collection are listed below:

As you can see, Jason Ritter's wife's movies were huge hits and gathered a vast amount at the box office. Apart from the above-mentioned films, there is a slew of other successful movies that Melanie has acted in, like Don't Look Up, Lady of the Manor, Sadie, 1 Mile to You, I Don't Feel at Home in This World Anymore, etc.

Well, Melanie is still working, and as she is still active in her profession, it is likely that her wealth will increase. Hence, according to Celebrity Net Worth, Melanie Lynskey's net worth is $5 million.

Aside from that, the performer has also received one Critics Choice Award, a Gracie Allen Award, a New Zealand Film and TV Award, a Hollywood Film Award, and a Sundance Special Jury Prize, etc. She has also earned nominations for the Gotham Awards, Golden Nymph Award, Screen Actors Guild Award, and Primetime Emmy Award.

Issa Rae is another successful actress who has a massive fortune.

The Ritter-Lynskey pair has been married since 2020 and are blissfully together. They are also blessed with a daughter, Kahikatea Ritter. Jason and his wife must enjoy a lavish life, thanks to their massive net worth. As per virtual globetrotting, Melanie Lynskey's husband has purchased a 3-bed, 1 bath, 975 sq ft house in LA. He paid $875K for the property.

The power couple must have also purchased other real estate properties and cars with their massive fortune. Also, they must be showering their bundle of joy with immense love and care. 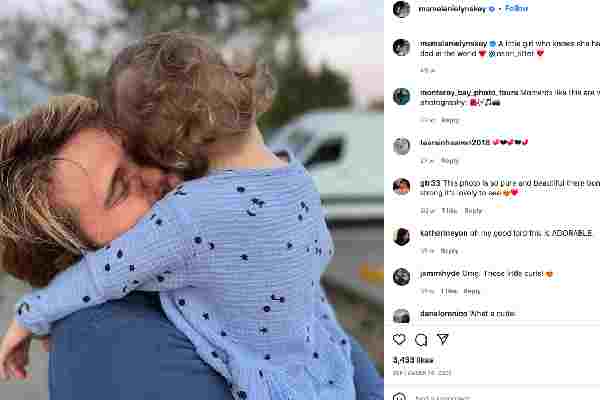 Nonetheless, Jason Ritter is clearly richer than his wife, Melanie. However, they are a married couple. So, it makes no difference who is wealthier, their net worth benefits both. Hopefully, the pair will continue to amass wealth and spend their life happily together. We wish both of them more successful careers ahead.