Dominic Richard Harrison, the stage name YUNGBLUD, is one of the rising stars in the music industry. The English singer is known for his unique approach to alternative rock and pop-punk genres. Moreover, he has won the hearts of many people with his authentic style and passion for music.

The songwriter's songs address several areas such as sexuality, abuse, mental health, individualism, and other topics. He tries to draw attention to so-called taboo subject matters by his lyrics. Furthermore, the singer was awarded Best New Act by 2020 MTV Europe Music Awards. He was also a nominee for British Male Solo Artist at the 2021 Brit Awards.

Here, we will go through the career and life story of YUNGBLUD.

The artist was born on August 5, 1997, in Doncaster, England. He grew up in a pretty violent home. YungBlud's father, Justin Harrison, and his mother, Samantha Harrison, used to fight with each other a lot. They didn't bring their children into their conflicts, yet the singer and his siblings were still affected by it. 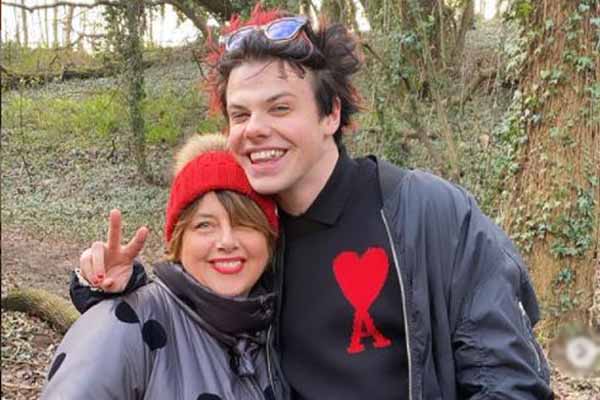 The English singer was also diagnosed with ADHD at a young age. It also made him a troublesome student. In addition, Harrison was prescribed drugs to censor his personality. However, the meds completely changed his nature rather than improving his situation. As a result, YungBlud's mother, Samantha Harrison, took him off it.

The musician completed his former education in his own hometown. After that, he went to London's Arts Educational School to learn theatre. But, unfortunately, Harrison was more into music than films. As such, he found it challenging to fit in with his classmates. Still, the young guy worked in few movies before pursuing his music career.

YUNGBLUD Net Worth And Career

The singer has created an enormous fanbase by his singing ability. His gender-bending style, realistic lyrics, and bold personality have created his own unique perception among people. So, YungBlud's net worth mainly comprises his earnings from album sales and concert performances. It also includes income from his collaborations and featuring on other artist's songs.

Besides that, the rockstar has launched his podcast channel, The YUNGBLUD Podcast. His channel is available on BBC Sounds. Moreover, it mainly features the pop-punk star talking with his fans and friends on sexuality, gender, mental health, finance, relationships, disabilities, music, etc.

In addition, the artist has also created his own merchandise. His earnings also cover up all these sources. However, the pop star hasn't revealed his income to the public as of yet.

YungBlud has been passionate about music from a young age. His mother heard him singing when he was young and persuaded him to start a music career. So, on April 7, 2017, the English singer debuted with his single King Charles. He was joined by his bandmates Matt Schwartz and Martin Terefe. However, the single was called a protest song for the disenfranchised working class by Tenement TV.

Soon after, Dominic released his next single; I Love You, Will You Marry Me, on September 15, 2017. The song exploits how corporate companies make money out of love. Furthermore, the artist released his debut EP YUNGBLUD on January 19, 2018. It included his previously released singles and new songs Tin Pan Boy, Polygraph Eyes, Falling Skies, etc.

The young singer gained recognition for his realistic lyrics and visual elements in the music video. In addition, he speaks up about sexual assault against girls in his song Polygraphic eyes. Moreover, YungBlud has collaborated with Charlotte Lawrence in his song Falling Skies. It was also a soundtrack for Netflix's 13 Reasons Why Season 2.

Since then, YungBlud has released many EPs and studio-length albums. Their prices on Amazon are listed below:

Dominic has also appeared at many concerts and gone on tours in different countries. In addition, he announced a virtual tour called The Weird Time of Life Tour. It was created to make up for the absence of a live show due to the Covid-19 pandemic. In addition, Harrison had also performed in a BBC Radio 1 Live Lounge on September 29, 2020. He covered the songs of Taylor Swift and Avril Lavigne.

For his outstanding music, YungBlud has been awarded Best Music Video in the 2019 NME Awards. He was also nominated for Best British Solo Act, Best Solo Act in the World, and Best Collaboration. Moreover, the pop-punk star also received Best Push Act in the 2020 MTV Europe Music Awards. He was also awarded Gamechanger in the Attitude Awards the same year.

YungBlud's net worth must be increasing over the years, considering his career progress.

Alongside his own album creation, the talented singer has also created soundtracks for many movies and shows. He first created the soundtrack for the television series You're The Worst. The show is a romantic comedy with 8.1 ratings on IMDB. Moreover, the artist also created a theme song, Obey, for the NXT Takeover: Vengeance Day.

YungBlud also performed his song in one episode in The Late Late Show With James Corden in 2021. He also wrote the screenplay for one episode of the talk show. Furthermore, the idol is a Time in a Bottle performer in Fast & Furious Presents: Hobbs & Shaw. It was a blockbuster hit with a box office collection of $759 million worldwide.

As a soundtrack creator, YungBlud must have had a fair share of money from his work.

Just like other singers, the songwriter's income also comes from his YouTube channel. It has 2.36 million subscribers and more than 573 million total video views. Moreover, the vocalist mainly uploads his music videos, lyric videos, and audio videos on his channel. He also posted fundraiser videos titled Stay Home With YUNGBLUD. It depicted Harrison and his bandmates' vlogs during quarantine.

Well, the British artist has also created his own line of merchandise. His official merch contains T-shirts, hoodies, caps, backpacks, socks, stickers, and vinyl cds. Additionally, all of the apparel is inspired by his albums and songs. So, they consist of the theme and core subject matter of their album source.

There are many items available in the YungBlud Store. Some of the products alongside their prices are tabulated below:

The singer's merch is making good sales, with many of them being sold out. So, YungBlud's income is also benefitting from his merchandise. Furthermore, PopBuzz suggests that YUNGBLUD's net worth is estimated to be $500 K.

Alongside his singing career, the songwriter is also notorious for his relationships. He gained much popularity for being the boyfriend of Halsey. The latter is a four-time winner of the Billboard Music Awards. Moreover, the pair got together after Halsey's breakup with her ex-boyfriend G-Eazy.

It is not precisely known when the two started dating. But fans had speculated about them dating after the release of their collaboration 11 Minutes. However, Halsey officially confirmed their relationship in an interview with Capital FM in 2019. Since then, the duo started posting pictures of each other on their Instagram accounts. They also appeared on red carpets together.

The lovebirds shared a beautiful connection and deep bonding while they were together. But, sadly, their mutual harmony couldn't save their relationship. As a result, the couple realized they were better as friends and broke up in September 2019. After the breakup, Halsey moved on with actor Evan Peters.

Moving On With New Girlfriend

Although the breakup was mutual, YungBlud was heartbroken by it. His lyrics in Love Song speak up about his feelings regarding separation and self-love. Furthermore, Dominic eventually moved on with Jesse Jo Stark. She is an American singer and songwriter. In addition, YUNGBLUD's girlfriend is also a fashion designer and part of the clothing line Chrome Hearts. 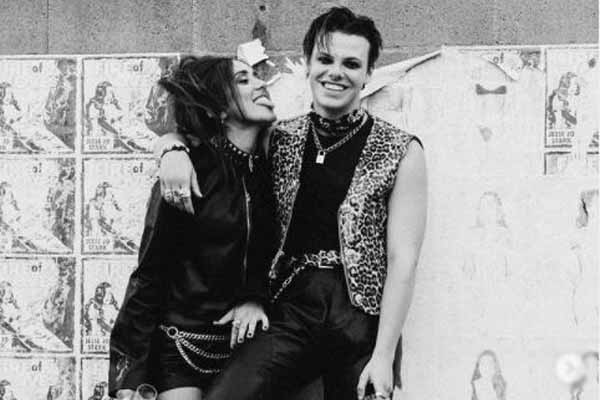 The singer YungBlud confirmed his relationship via an Instagram post in June 2021, where he has mentioned Stark the love of his life. YungBlud's girlfriend Jesse Jo Stark also shared his photo on her Instagram story.

Since then, the lovers are constantly showing off their chemistry on their social media accounts. They are also supportive of each other's careers.

The vocalist has always been open about his sexuality. Furthermore, he opened up about being sexually fluid in an interview with Attitude Magazine in August 2019. At that time, Dominic was in a relationship with his ex-partner Halsey. In addition, he also gave his opinions regarding gender-based clothing.

YungBlud initially came out as sexually fluid but later on described his sexual identity as pansexual. Photo Source: YungBlud's Instagram.

The singer became more open about his preferences after the release of his song Cotton Candy. He disregards the gender limitation on clothing and as such wears skirts and dresses. Additionally, YungBlud also came out as pansexual at the end of 2020. He also mentions how he is attracted towards personalities rather than gender.

Moreover, the vocalist also said how his sexuality is ever-evolving, and he is learning about the whole concept.