Stetson Blaylock is a professional angler from the United States of America. He has competed in several events and tournaments in his career. He had a successful career in the FLW Tour for 10 years, and then in 2017, he fished his first year on the Bassmaster Elite Series. Stetson has added massive fortune to his name through his professional career.

Blaylock is establishing himself as one of the prominent anglers of his time, and one cannot doubt that he might gain even more success in his career. In addition, he is a proud father of two lovely children and a loving husband. For now, let's learn more about the talented angler, Stetson Blaylock's biography, and professional career.

Stetson Blaylock was born in Benton, Arkansas, on the 27th of August, 1987. He has described in several interviews that the support that he received from his family is the reason behind his success. His dad fished sometimes, and his grandfather welded a steel reinforcement for the rotten wood transom. His whole family worked hard to make him gain success. 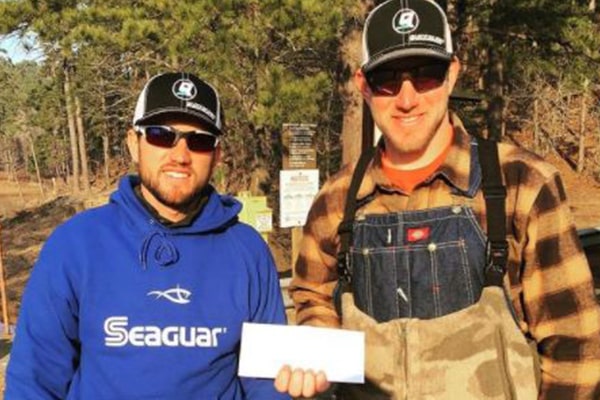 Blaylock grew up in his hometown with his brother, Keeton Blaylock, who also fishes like him. In October 2019, Stetson's brother graduated as one of 3 Team leads in his class at the Fire Academy. Talking about Stetson's education, he was homeschooled by his mother.

Stetson Blaylock Net Worth And Career

Stetson was introduced to fishing by his uncle, Anthony Wright, who is an avid bass tournament angler and often competes in local lakes. At the age of 10, he fished his first bass tournament with his uncle. The uncle-nephew duo was already fishing two or three tournaments a week when Stetson was 12 years old. He had a boat that would run 50 mph by the age of 16, and his first major step to becoming a bass pro was when he signed on to fish at the FLW Tour at the age of 17 as a co-angler.

Stetson was also able to get a few sponsors after he won the 2008 Co-angler of the Year title. After that, he took a step up in his professional fishing career when a sponsor offered him to pay his entry fees for the FLW Tour for one season. Since then, he has competed in several tournaments and championships.

Throughout his career in professional angling, Stetson has earned a huge fortune. The wealth accumulated by him comprises his income from the tournament earnings, endorsement and sponsorship deals, and various other ventures.

Although the exact amount of wealth that he has amassed has not been revealed yet, we can assume that Stetson Blaylock's net worth might be over a million. According to Comparably, a professional angler earns $67,680 as a yearly average salary. Hence, he must have made a considerable amount of money in his career.

Stetson's career winnings to date are $599,684. As mentioned earlier, his tournament winnings are one of the major sources of his income. Here are some of the tournaments that he has competed in and the total money he has earned.

Apart from his exemplary angling career, Stetson is also a YouTuber. He has a YouTube channel named Stetson Blaylock Fishing with 3.31 K subscribers, where he uploads several videos of his fishing journey. He makes monthly $3 to $55 and yearly $41 to $657 from his YouTube channel. Nevertheless, he might earn much more from YouTube in the coming days.

As mentioned earlier, he began competing in several competitions as a co-angler at the age of 17 and continued to do so until he was 21. Here are some of the tournaments that he had participated in as a co-angler and the money he earned there.

Thus, Stetson Blaylock's fortune has increased significantly over the years due to his angling profession. The fame and recognition that he has acquired worldwide have helped him receive several sponsorship and endorsement offers. Mercury, Nitro, BOOYAH Bait Company, Gamakatsu, Drake, Academy Sports + Outdoors, etc., are some of his sponsors. He also uses his social media to promote these brands. Similarly, he gets his go-to rods and reels from Academy Sports + Outdoors.

Hence, Stetson Blaylock's net worth must be a grand sum looking at all his income and hearing sources. All thanks to his fortune, the pro angler is able to afford a comfortable lifestyle.

As we have mentioned earlier, Stetson shares a blissful marital life with Lindsey Blaylock, with whom he got married in September 2009. They had met at a summer church camp in 2002 when Stetson was 16 years old, and Lindsey was 15 years old. The lovely pair of Lindsey and Stetson began dating in December 2003, and finally, after dating for almost 6 years, they exchanged the vows.

Their marital life is running smooth, and both of them are deeply in love. Stetson does not shy away from sharing his love for his spouse via Instagram, and she might also do the same. 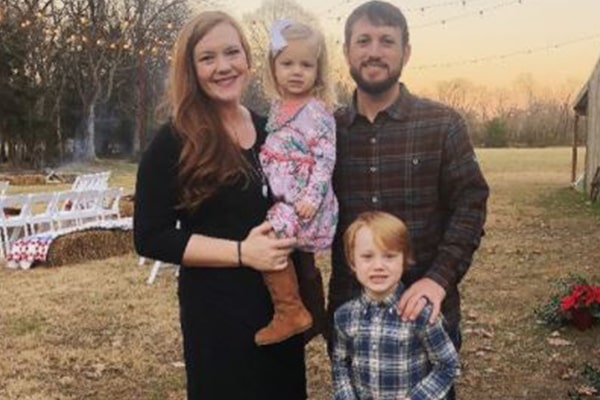 Stetson Blaylock's wife attended the University of Arkansas at Little Rock and graduated with a master's degree in middle childhood education in December 2013. She then worked in the medical and insurance fields for eight years. And in 2018, Lindsey joined Pixel Properties as a real estate agent. Lindsey's father was also a tournament angler.

After a few years of marriage, Stetson's wife gave birth to their two children, a son and a daughter. The pair welcomed their son, Kei Blaylock, in October 2012 and their daughter, Linnie Blaylock, in December 2015. Stetson Blaylock's children and his wife also travel with him to most of his tournaments and even go fishing and hunting. The lovely family seems to be doing great for themselves and are living a comfortable life in Arkansas.