If you are into the 90's Rhythm and Blues musical genre, then you might have heard about the group Shades. Yes, the same group which was signed to Motown Records, a prominent label. And, if you are wondering about the group members, then they were Monique Peoples, Danielle Andrews, Shannon Walker Williams, and Tiffanie Cardwell.

As a fan of Shades, let's get your memories refreshed with one of the members of the group, Shannon Walker Williams.

Shannon is a singer and an actress who has appeared in films such as Girlfight, Bamboozled, and Century City. She is also known as former professional basketball player Ray Allen's wife.

The singer-turned-actress was born on November 12, 1974. Shannon's parents are William Williams and Jeannie Williams. Unfortunately, besides these, there is not much information about her family and her childhood.

However, we do know that the 90s beautiful singer started singing from her childhood. She sang in church choruses, just like her Shades group members, and later studied music at Northeastern University.

From being a 90s singer to a beautiful actress, Shannon has proved that she can undertake any field. And she has proven to be a significant part of both fields. Therefore, it is no surprise that Shannon Walker Williams' net worth is influenced by her singing as well as acting career.

Earnings As a Shades's Member

Danielle Andrews, Tiffanie Cardwell, Monique Peoples, and Shannon Walker Williams were the group members who met while attending Northeastern University in Boston, Massachusetts. They were first signed to Atlantic Records, however later, they got under the prestigious label Motown Records.

Hence, we can assume that the sales of the single and album must have helped them accumulate a good amount of fortune in their initial years. Moreover, the group contributed to movies soundtracks, and also performed in different events as well as festivals. Hence from there, too, Shannon might have got a fair amount of wealth in her portion.

Furthermore, in 2019, they reunited and released "This Ain't Love," a new single. However, Shannon was not part of this new project. We wonder if she ever wants to make a comeback in the music industry. Nevertheless, we will be more than happy to see her as a singer again.

Earnings As An Actress

Just like her other band members, Ray Allen's wife too had planned her future and pursued a career in the acting industry. Shades' vocalist featured in the movie Girlfight and Bamboozled. The movies had a gross collection of $1 million and $2 million respectively.

Besides, Shannon also appeared in TV series such as Strangers with Candy, As the World Turns, and Sesame English. In addition, the actress also starred in Century City in 2004.

According to The Hollywood Reporter, on a network or cable series, new TV actors earns between $15,000 and $20,000 each episode. However, with their experience, their salaries are bound to increase with each season. Therefore, it must have been the same case with Shannon.

As she was still a newbie in the acting field, her income must have been considerable. But later on, since the singer turned actress, appeared in other series also, her wages must have reached around quite a good figure. 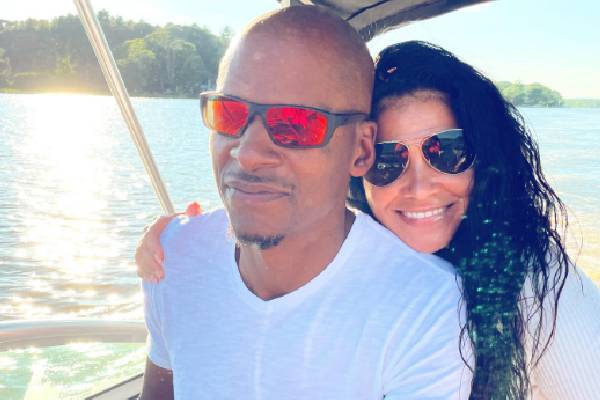 Hence we can conclude Shannon Walker Williams' net worth must have been really commendable. Moreover, she is former NBA player Ray Allen's wife, who has a net worth of $100 million and a salary of $10 million per year. Shannon's husband Ray used to earn up to $19 million per year in earlier years.

In his fifteen years of career in the NBA, Allen made nearly $180 million in salary alone. Somewhere in a way, Shannon too must have conveyed her full support to her husband's journey of success. And, not to mention the couple are together for more than a decade. Hence, it is safe to say, as Ray's partner, Shannon has full rights to have a lavish and comfortable life.

Also, read about another American actress and singer, Ajiona Alexus.

When two people are meant to be, they somehow find their path to each other. The same happened with Ray and Shannon. After going through several ups and downs, they eventually found their way to one another.

The Strangers with Candy actress dated her then-boyfriend and now-husband, Ray Allen, for almost four years before tying the knot with him. As mentioned earlier, Shannon Walker Williams' husband Ray Allen is an American professional basketball player. Ray is also known as one of the best three-point shooters of all time.

The couple has been married since August 16, 2008. However, the lovebirds do not forget to showcase their love for each other. And one such example was when Ray and Shannon celebrated their 12th wedding anniversary, and the former NBA player paid tribute to his wife via Instagram.

Allen stated that throughout his time with Shannon, he learned that it is not enough to find a beautiful marriage just like that. It is also necessary to make it happen and maintain it. He also praised his beloved wife for being a wonderful mother and wife.

Meanwhile, we are glad to see, that in a world full of hookups and divorce, there exists a couple who are truly devoted to each other. Hence, we can proudly say, our Shades' singing queen has sure found the love in all its "fifty shades."

Nothing is as pure as when you start a new chapter with the love of your life. And, a beautiful moment comes when you realize that a little life is growing inside you. If you are a long-time fan of Sesame English actress and former basketeer, then you might have got the idea, of the kind of love they share. So, in short, today they are the proud parents of four sons. 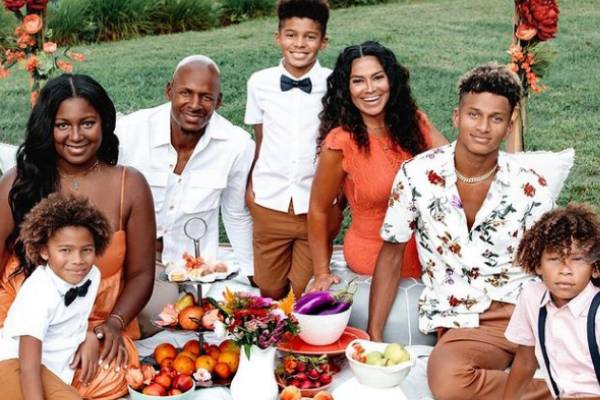 Moving on, looking at their family picture, it seems Tierra and Shannon's kids get along very well. It is heartwarming to witness that actress treats her stepdaughter like her own. And, speaking of Shannon's sons, then they all sometimes are spotted playing basketball. It wouldn't be much of a shock if one day the junior ones would also like to walk on their father's career path.

On the other hand, Shannon's stepdaughter, Tierra, is an entrepreneur and an author. She has recently launched her own online store. Previously, unlike her father, Ray, who is a basketball star, Tierra was a volleyball star. We wish her all the very best in her endeavor.

We are glad to see how the actress is looking after her family. Moreover, in the future, if she wants to come back to either of acting or music industry, then we would be more than happy to welcome her.