Samantha Win is a former wushu taolu athlete and actress from Canada. Her performances in Army of the Dead, Justice League, and Wonder Woman have made her a household name. Samantha is also known for her stunt work in films such as The Twilight Saga: Breaking Dawn - Part 2 and Man of Steel.

In addition to her acting credits, Samantha Win also has a short but successful history in the world of sports. During her brief wushu career, the actress represented and won many titles for Canada.

The actress and stunt performer has had a long and successful career, but it has not always been easy. So, let's take a look at Samantha Win's career and personal struggles.

Samantha Win Tjhia was born to parents Charles Tjhia and Leslie Chabot Tjhia on March 29, 1991. The actress, who is of Chinese Indonesian descent, grew up in Barrie, Ontario, with two elder brothers, one of whom is Andrew Tjhia. Samantha is the only daughter and the youngest of the three siblings.

Samantha Win's mother used to be a black belt in jiu-jitsu, a form of Japanese martial arts, and the youngster developed an early interest in the sport. She began taking martial arts training from her mother when she was four years old.

Moreover, Win was fascinated by the martial arts depicted in movies and decided that wushu would be an ideal career route, so she began learning wushu at twelve. The athlete enrolled at Sunny Tang Martial Arts Center to learn the sport professionally. 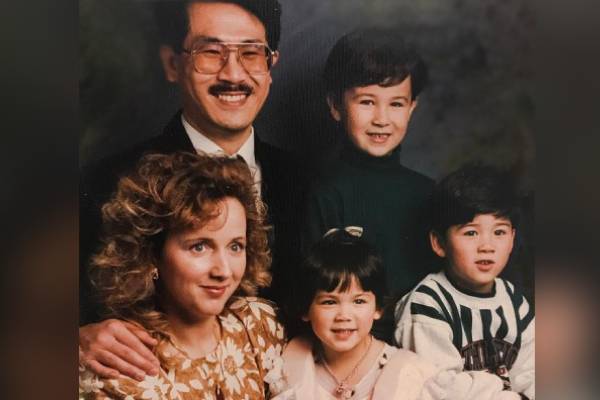 In addition, Samatha did not just limit herself to one interest. While practicing martial arts, the gifted youngster also modeled in several children's print ads for Sears Company and appeared in many toy commercials. However, growing up, the now-actress decided to go forward with sports before switching to acting.

Despite her fame, the Ontario-native has opted to safeguard the privacy of her family members and does not post many pictures of them on her social media pages. Nonetheless, she has shared a few snaps with her parents. It is evident from the photos that Samantha Win's family is close and always there for each other in times of need.

At present, the Canada-based actress is one of the most well-known figures in the industry. Win's parents and brothers must be incredibly proud of her achievements in life.

Samantha Win Net Worth And Career

Samantha Win's net worth is likely to have increased due to her natural talent, paired with her dedication to consistently improve her skills.

As mentioned earlier, Samantha took an early interest in martial arts. While growing up, she followed her mother's footsteps and pursued an athletic career. The athlete first started training at First Markham Place Mall in 2003. Later she was selected as a member of the Canadian National Wushu Team.

The following are some of the championships Samantha competed in, along with the year they were held and her position:

The athlete was involved in the sports industry for years and even competed in the 2008 Olympic Games. Throughout her career, she has played and won numerous matches. Consequently, Samantha Win's net worth must have been influenced by the prize money she received from the events she participated in.

Earnings As A Stuntwoman

After Samantha's competitive career, she was given the opportunity to appear as a stunt double in the TV series Aaron Stone in 2009. The following year, she worked in Scott Pilgrim vs. the World and The King of Fighters as a stunt performer. The star began receiving recognition after her performance in the 2011 American psychological fantasy action movie Sucker Punch.

Currently, the actress has over a dozen stunt performance credits under her name. She also worked in big-budget films like The Twilight Saga: Breaking Dawn Part - 2 and 300: Rise of an Empire. Samantha Win must have charged a considerable sum for her work, given how dangerous and difficult it is to perform as a stunt person.

Earnings As An Actor and Producer

Samantha's stunt work did not go unnoticed, and her talents and unique appearance could not be overlooked. Soon after her debut as a stuntwoman, the actress made a guest appearance in the television series Mortal Kombat: Legacy. Following this, she secured roles in series and films like Agent X, Warrior, and Jia.

Some of Win's other popular series and movies with their release date are as follows:

The actress's career got a big break when she was cast as Euboea in Wonder Woman, a 2017 American superhero film in which she starred alongside A-listers like Gal Gadot, Chris Pine, and Lucy Davis to name a few. The movie was a major hit and made a jaw-dropping $822 million at the box office.

Samantha Win's fortune must have improved dramatically after getting a role in such a superhit movie, co-starring with such talented artists.

In addition, Samantha has also produced several short films with her current boyfriend, Shahaub Roudbari, and shared them on his YouTube channel. Some of her works include Silent Night, Disobedience, Committed, and Unwelcome. The actress must have made a fortune as an actress and producer of short films that are adored by tens of thousands of people.

Furthermore, her new movie Army of the Dead was released on May 21, 2021, which made a total of $1 million in the box office. In addition, the actress is to play the lead role in the cyberpunk indie movie The Dresden Sun.

With several new projects on the way, there is no doubt that Samantha Win's wealth will only continue increasing in the future.

We hope that the actress and stuntwoman continue to prosper at what she is best at.

Who Is Samantha Win's Husband?

Apart from her successful acting and athletic achievements, the actress has also been in the spotlight as Allen Jo's ex-wife. Samantha Win's former husband is an American stuntman and actor. Her ex-partner made a name for himself as a stunt double in Batman v Superman: Dawn of Justice. In addition, he worked on Wonder Woman as a fight coordinator and stunt coordinator and Justice League as a combat choreographer.

The pair must have bonded over their shared passion for acting and martial arts. While it is not known when the ex-couple met or began dating, given that they married in 2011, it must have been a long time ago.
However, the former couple's marriage lasted for seven years, and they divorced in 2019. The Justice League star is a modest person who does not like to talk about her personal life in public, so the reason for their separation is unknown. Moreover, despite being married for years, Allen and Samantha did not have any children together.

Following her divorce, Samantha started dating director and stunt performer Shahaub Roudbari. Even though the exact dates are unknown, it is speculated that the couple began dating in 2020. The pair have been open about their love, and their relationship seems to be going strong. Samantha and her partner share a number of their romantic pictures on their social media accounts. 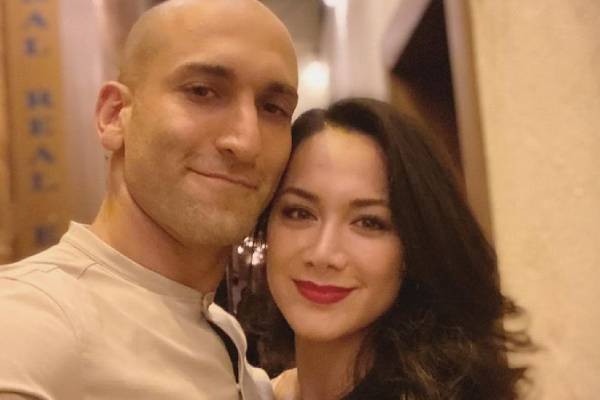 Going through the social media profiles of Samantha Win's boyfriend, it is evident that the pair are enjoying their time together and spends their spare time practicing sword fighting for the time being. As mentioned above, the duo has even worked on short films and acted in them.

We hope to see more of the artistic and romantic side of Shahaub Roudbari and Samantha Win's relationship as time goes on.